How radical prayers and obedience can impact others 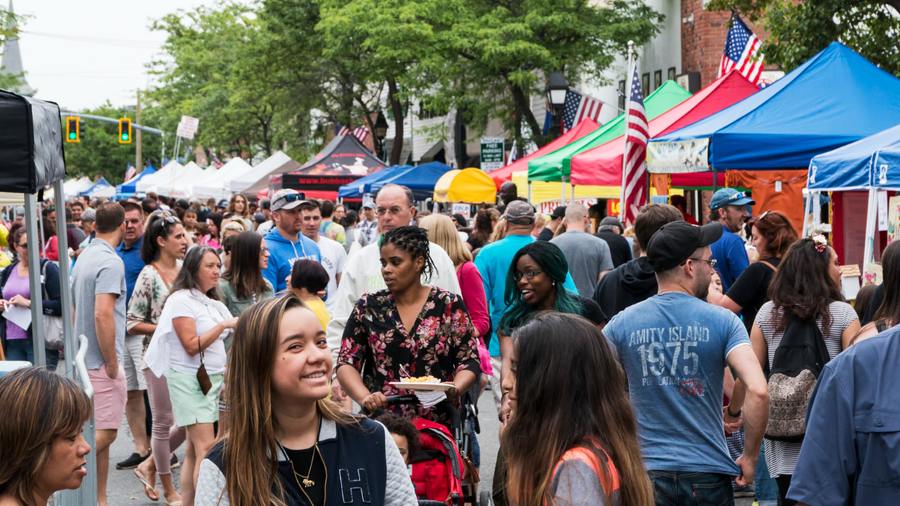 I feel the coming of the Lord soon and I feel deeply His heart for people to be saved and set free — to come into His truth. The countdown is here!

Habakkuk 2:13–15 says, “For the earth will be filled with the knowledge of the glory of the Lord, as the waters cover the sea.”

Can God use an ordinary Christian to reach a detective specializing in investigating Satan worshippers?

Can God use young Bible school students to reach a drug addict who is lonely and hopeless?

How can God use us to reach members of Congress and leaders in our communities?

Now is not the time to just binge-watch Netflix or sit around wondering what God’s purpose is for our lives. If we are believers in Jesus, it is time to pursue our true destiny, be active in our prayers and evangelism and to see God use our lives in His amazing story of His glory.

As a leader right now — I am being confronted with my own lack of faith and “pioneering spirit” as I debate hard decisions for the future.

Am I discerning the times? Am I willing to take risks and pray big prayers to see God’s will for my life, my organization and ministry, even my family? Are these radical prayers crazy?

Psalm 2:8 says: “Ask of Me, and I will give You / The nations for Your inheritance, / And the ends of the earth for Your possession.”

Everyone needs to be empowered, trained, and mobilized as a part of the army of God — but this is a key point — God uses leaders to mobilize these movements.

Just as the Father was soliciting His Son to ask Him for the nations and the ends of the earth — God is asking us for such radical faith as well.

Will we believe Him for more people to be saved and discipled?

Will we believe Him for the nations?

Will we believe Him for greater impact from our lives?

Will we believe Him for transformation in OUR nation?

God Uses Leaders That Have Faces and Names

For years I have heard sermons from the pulpit about a “nameless, faceless generation” rising up on the earth.

What does that mean?

It has given me inspiration that God can use us wherever we go and, in every situation, if we are obedient to His voice.

God wants to use people who walk with Him to reach other people — everywhere — not just a key ministry leader in a pulpit.

Everyone needs to be empowered, trained and mobilized as a part of the army of God — but this is a key point — God uses leaders to mobilize these movements.

He uses leaders that have faces and names.

He has always used leaders.

Remember Abraham, Noah, Joshua, Deborah, Esther, John the Baptist, Paul and even Peter who was empowered by the Holy Spirit on the Day of Pentecost — bringing 3000 people to Christ in one sermon.

God calls simple people and teaches them how to walk in power and authority and to lead, disciple and pioneer, so others can follow.

Look even at Mary of Bethany — Jesus didn’t forget her love and devotion as she poured out an alabaster flask of costly fragrant oil on His feet. It looked like a radical waste of her life savings — but Jesus recorded it for the world to see.

Matthew 26:13 says, “Assuredly, I say to you, wherever this gospel is preached in the whole world, what this woman has done will also be told as a memorial to her.”

God always uses people and in this world of extreme darkness he wants to use radical prayers, radical obedience and radical leaders to touch people everywhere and to bring His kingdom on this earth.

A woman whom I met recently was once a detective investigating Satan worshippers in Laredo, Texas. Being a part of a special unit called the Ritualistic Investigators of Texas, she had specialized in this very dark space where she was constantly seeing the worst of humanity. Her internal life, emotions and relationships were being affected, but yet she remained faithful to her profession and job assignment not knowing God or really how to deal with all she was seeing.

One day a man was praying and heard a word from God — he called the police headquarters and asked for her specifically. Carmen doesn’t remember his name years later, but she remembers what he said — “I really felt led by God to call you and tell you that I will be praying for you every day. I want you to know that God knows you, He sees you and He is walking with you through this job assignment.” He simply prayed for her and got off the phone.

Years later when she came to faith — she instantly remembered that prayer and knew that God had sent that man into her life to pray radical prayers for her soul.

This woman, now an elder at her local church in Laredo, does not believe that she would be saved if it wasn’t for that man being obedient to pick up the phone and give her the love of God. He was willing to pray radical prayers for a law enforcement officer dealing with Satanic worship in their city. God heard his prayers.

God Wants to Use our Prayers and Our Feet

As Jesus ascended into heaven — He empowered us with His authority and power to take the gospel to the ends of the earth. (Matthew 28:18–19)

We are the salt and the light. We are the city set on a hill. We are His hands and feet.

He taught His disciples how to pray in Luke 11:2 and this is how we make a real impact on this earth:

So He said to them, “When you pray, say:

Our Father in heaven,
Hallowed be Your name.
Your kingdom come.
Your will be done
On earth as it is in heaven.”

Jesus’ point — God wants to use OUR prayers to bring heaven to earth.

Romans 10:15 says, “And how shall they preach unless they are sent? As it is written: “How beautiful are the feet of those who preach the gospel of peace, Who bring glad tidings of good things!”

His point again — God want to use our feet and our voices to bring His gospel, truth and transformation to people.

Are we willing to be the kind of leaders who are radically obedient to His voice and willing to step out in faith — praying radical prayers?

Over 30 years ago, before my husband knew Christ, Tim was a drug addict and a DJ at a dance club in downtown Dallas. One night, he was high on cocaine and hanging out in front of the club he worked at when a group of radical Christ for the Nations students came by singing, praising God, carrying banners and being extreme “radicals” in the middle of the darkest place in our city.

Tim was watching them thinking they were crazy — but two young Bible School students felt compelled to walk over to him and ask if they could pray for him. He was internally so miserable at the time that he said “yes,” even though he was high.

Tim’s friends started cussing at him, making fun of him. “How could he let these crazy radical Christians pray for him?” they laughed.

The students asked my future husband if he knew God. He said reluctantly — “yes.” He had gone to a Baptist church with his grandma once or twice — didn’t that qualify?

Then they asked him if he had ever been filled with the Holy Spirit. He said “no” and that he didn’t know what that meant.

They got his permission, laid hands on him, and started praying that the Holy Spirit would invade his life.

A few years later — the Holy Spirit invaded Tim’s grandmother’s living room where he was sitting — like a wind. By himself — he had a revelation of Jesus and was instantly delivered from drugs. The next day after this life changing experience, Tim remembered those obedient prayers by those CFNI students on a downtown Dallas Street for a drug addict that they never saw again.

Those radical prayers over him had been heard.

One of my friends in Congress made a huge mistake. It was disastrous for his family, his children and his political career.

I was one of the first people he called when the news hit the wire and I was honored to speak destiny and life over him even with tears and encourage him to lay down everything and seek God in that moment. We won’t know for many years what our words and prayers as the Body of Christ in that man’s life meant in a moment of crisis, but I believe God has an incredible destiny for Him. The prayers and acts of obedience for him and his family will have lasting impact.

Whether we are speaking to a member of Congress, a police officer who is overwhelmed, or a drug addict on the street, God hears every prayer.

Let’s not be afraid to pray radical prayers and live obedient lives of surrender in this key moment in history.

God uses leaders who daily yield to Him — people who have faces and names.

History Belongs to the Intercessors, Part 4: Prayer for National Impact

A Walk of Faith