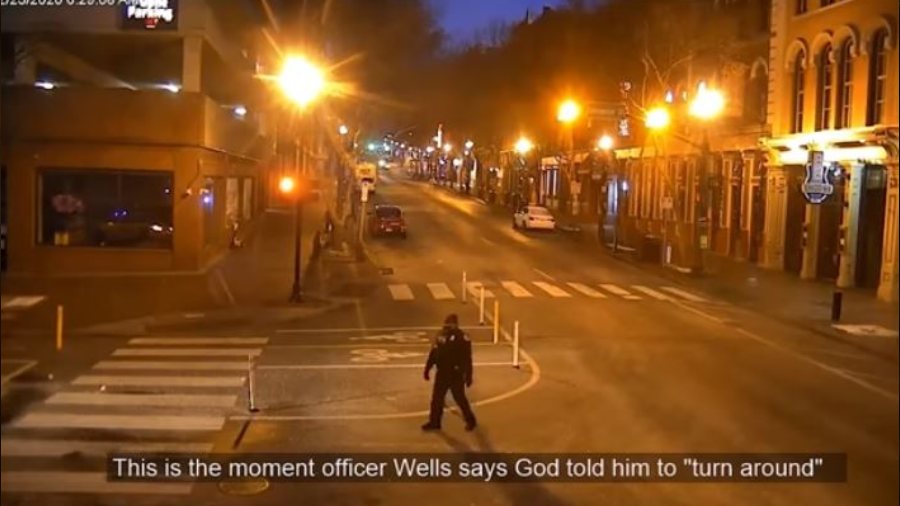 “As I’m getting ready to walk toward [fellow officers], walking back toward the RV — this might not be politically correct but this is my truth. I literally heard God tell me to turn around and go check on [Officer Amanda] Topping who was by herself down on Broadway,” said Wells as he became emotional. “As I turned around, for me it felt like I only took three steps. The music stopped, and as I’m walking back toward Topping now, I just see orange and then I hear a loud boom.” Wells stumbled because of the force of the bomb. “I just told myself to stay on my feet, stay alive and I just take off in a full out sprint and I’m running toward Topping to make sure she’s ok.”

Nashville police officer James Wells recalls the moment he heard the explosion: "I told myself to stay on my feet and stay alive" https://t.co/Kriaak5s4X pic.twitter.com/AvpUOeeFHb

Topping said that something told her to move to the other side of the street as well. “I just saw the biggest flames I’ve ever seen, the biggest explosion.”

“I don’t know how I kept my footing but I kind of blanked that I couldn’t see him for a second that I just lost it and I just took off in a sprint towards him,” she added. “I’ve never grabbed somebody so hard in my life.”

“I’m a spiritual person, and so I truly believe that when I do this job, I’m led by that voice, how I treat people, how I go about doing this job every day, that’s what guides me,” Wells said. “And I truly believe that that’s what guided me in that sense because I was literally getting ready to walk back toward that RV, and you watch the video you can see that moment of clarity for me when I heard God say, ‘Go and check on Topping.’”