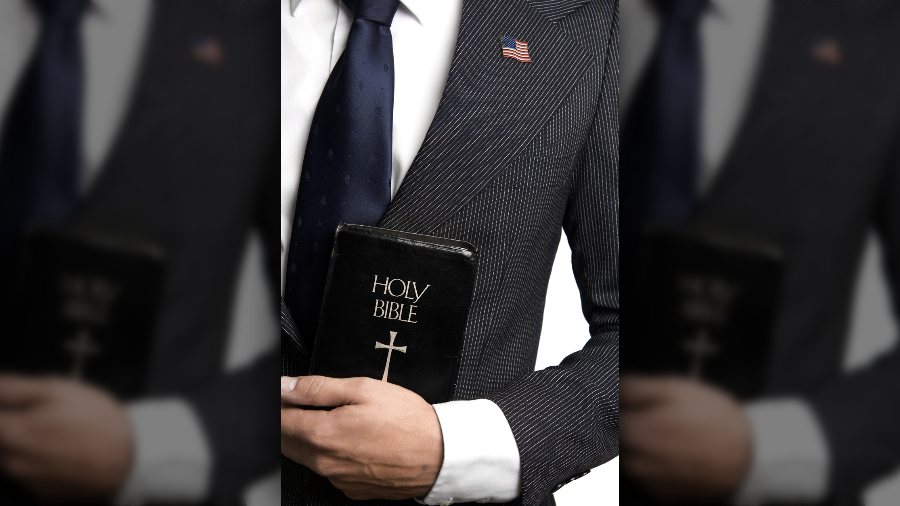 I grew up in communist China, a Marxist socialist society, totalitarian in nature. As I have repeatedly argued, America is unique, inherently different from any other nation in history. Its decentralized political system of federalism (power divided between the states and the federal government) and checks and balances (among the legislative, executive, and judicial branches) first of all prevents government from becoming too powerful. And it also places power directly in the hands of individual citizens, not as a mob but as the people, instructing their elected representatives to advocate for their interests.

This is unprecedented, out of reach, and unthinkable in most of the world. As an immigrant, every time I think about the colossal privileges we enjoy as citizens in this nation, I find myself overwhelmed.

The Power to Participate

For American Christians, this has a profound practical implication in light of Paul’s teaching. In Romans 13 he urges Christians to submit themselves to governmental authorities and not to rebel against them.

If Dietrich Bonhoeffer’s words are true that “Not to speak is to speak. Not to act is to act,” they are especially true for today’s American Christians.

Our constitutional republic gives citizens power to participate in governmental decisions, making us, the people, the deciding part of the government. In other words, God, who sets up and brings down government, instituted the American political system such that we the people are the determinant factor in the system.

Thus, unlike Chinese Christians who can only passively watch when the government sets immoral policies, we can take an active part in political decisions. We have the privilege not only to promote the good but also to prevent evil. We can elect representatives who reflect our values. As voters we can actually send them instructions to block any bill that does not reflect our values and beliefs.

Sadly, many Christians in this country take this for granted. Many have no idea how exceptional our political system is. Some fail to see the unparalleled privilege and responsibility God has laid on us. Only about half of American Christians perform even the minimal duty of casting ballots. Our apathy leads to falling short in gaining legislative majorities, leaving us unable to stop bills that we know are wrong. Half of Christians refuse even to vote in presidential elections. Thus they forsake the right, privilege, and obligation God has given us.

Our Opposition is Active

Our opponents are not passive. They’ve mobilized systematic efforts to take over our society. They infiltrate unions, then use union funds to manipulate school board elections, which in turn decide which materials our children will study. Christian parents often complain about how schools indoctrinate our children. But while we’ve merely complained, our opponents have gone to work and taken over our educational system on every level.

Many Christian parents believe that taking their children to church means they won’t have to worry about what’s taught at school. Things haven’t turned out that way, though. We have no less power and no fewer rights than our opponents do; we just haven’t fought nearly as hard as our opponents. When we surrender territory this way, our children bear the dreadful consequence. Jesus said the sons of this world are shrewder than the children of light. Does that sound sobering today?

I could not even begin to list the reasons American Christians have this attitude towards politics. The grave reality is that many churches do not feel comfortable talking about politics from the pulpit. It’s as if it were dirty laundry and had nothing to do with the biblical witness.

A Call to Faithfulness

In what way, though, does fulfilling our responsibility as citizens — responsibility God Himself has given us — contradict or deny biblical teaching? Is it not obedience instead, to Paul’s teaching in Romans 13? We are part of the government. We have power to promote an agenda that reflects our biblical view. I see no conflict here. We simply have not been faithful to the task God has laid on our shoulders.

The COVID pandemic has brought to light the condition of the American church — weak and frail. When the crisis hit us, we were politically unprepared, gullible, and credulous. Unable to acquire insight into the treacherous situation, we lacked discernment, willpower, and courage to stand up against falsehoods, letting the government dictate how we should conduct our worship! Had not the Roman Catholic Archdiocese of Brooklyn, along with several churches in California, filed lawsuits and won in the Supreme Court, it’s likely that New York and California churches would still remain locked down today.

Large numbers of churches still struggle with low attendance. I have noticed that, at the same time, quite a number of churches have experienced significant growth. One common denominator: They’ve been taking a clear political stand, vocally denouncing and supporting leading political hot topics in today’s society. Many people have come to Christ. Mass baptisms have been performed.

Non-believers are seeking answers in the midst of this unparalleled crisis. The harvest is plenty, but unfortunately, most churches still act as if nothing is of Christian ethical interest in our society. Such detachment tells the world that Christianity doesn’t really care about this life, and it’s all about how to lure people to heaven.

Churches that take a stand, addressing current political issues, demonstrate that the Bible has relevance and application for our current crisis and God cares about right and wrong. It’s no wonder that non-believers have flooded to those churches. People are looking for answers, and in the process, they also find Christ. Preaching the Gospel but avoiding current political issues does not appeal to non-believers whose lives have been so severely affected by those issues.

America — the Last Bastion of Freedom

We are at a pivotal moment in human history. It seems that the dark forces have gone all-out in attempting to take over the world. The stakes are too high. Christians in other countries are fervently praying for us because they know America is the last outpost of freedom. If America falls, then humanly speaking there is no hope for liberty for the rest of the world.

It’s entirely possible that no matter what action we take and how well we perform, this is the final chapter of human history. Should that be the case, we have no fear knowing how our story may end. But the truth is that we don’t know. Prior generations contemplated the same question. All believed that they lived at the end of the age.

History has proven that a current calamity does not necessarily mean the arrival of the apocalypse. In fact, during those critical moments, Christians never stopped fighting for truth. Why should we now? What if we are not living in the final stage of mankind? What kind of society will we leave to our children and grandchildren? A dark age that may last for centuries?

If Dietrich Bonhoeffer’s words are true that “Not to speak is to speak. Not to act is to act,” they are especially true for today’s American Christians. In that we have both power and opportunity to influence a political outcome, to remain silent would welcome the flourishing of evil in our society, sending a loud and clear message.

Should Bonhoeffer’s words be true that “Silence in the face of evil is itself evil: God will not hold us guiltless,” the American church is in dismal trouble. Without repentance, we by no means can extricate ourselves from judgment!

Each American Christian must know that to forsake the rights, privileges, and responsibilities God has given us is to trample on God’s sovereignty and show contempt to what he has established.

God has made every American Christian a politician. We need to vigorously engage in the political arena. This must start from the pulpit.