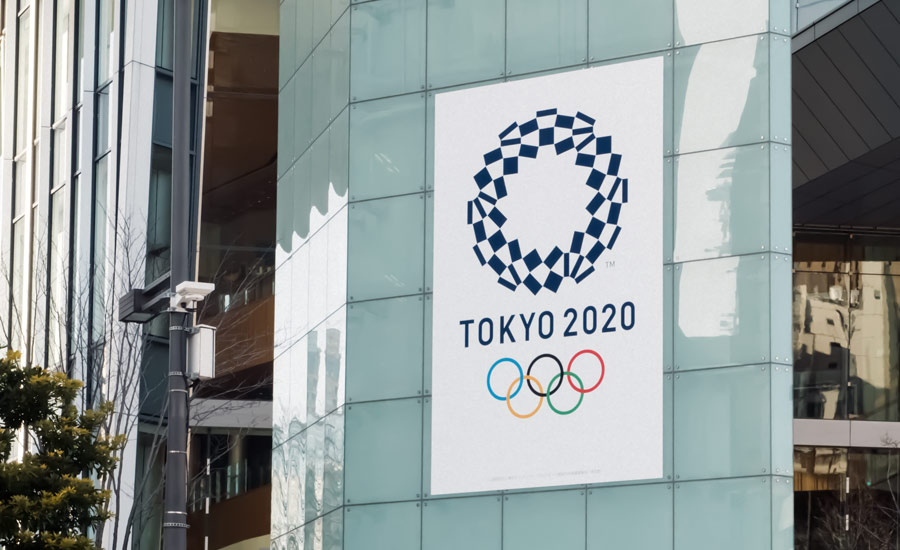 Caeleb Dressel, the 24-year-old who set a world record and won the gold medal Saturday for the 100-meter butterfly in swimming, said that he puts “all my trust in God.” At the 2015 U.S. Nationals, Dressel said that he is in swimming to “inspire people and show them where I find my happiness with what God’s given me.”

Kyle and Caeleb aren’t alone. Several 2020 Olympians choose to put God first, living out their faith with the world watching.

Kyle is a talented wrestler, holding a 179-0 high school record in the sport and an Olympic gold medal from the 2016 games in Rio. He’s a two-time world champion and a three-time NCAA champion. Nicknamed “Captain America” because of his skills, Kyle will compete in the Men’s freestyle 97 kg August 7. Even with all of the wins, Kyle has a humble perspective. “[God’s] given me His Spirit Who lives inside me so I can live this way,” he said in 2019. “Any accolades I acquire in this life are meaningless, but the growth I experience spiritually is what means the most.”

Watch Kyle talk with Jason Romano of Sports Spectrum about competitions and faith:

There was a time in high school when Caeleb stopped swimming. He said he didn’t enjoy it. But he eventually came back, with a stronger faith in God. “Coming out of that, I started swimming again and really just put all my trust in God and knowing that He’s going to take care of everything for me, good or bad,” he told the Baptist Standard in 2016. “I really learned a lot, and I really learned to see the light at the end of the tunnel and trust what God is doing, whether it be a rough point in your life or a top pinnacle in your life. You’ve just got to take pauses and really trust what He’s doing.” According to Sports Spectrum, Caeleb will compete in the men’s 50-meter freestyle final, which will air at 9:30 p.m. ET Saturday, and the men’s medley relay Saturday at 10:36 p.m. ET.

Sydney McLaughlin, 21, set the record for the women’s 400-meter hurdles June 27 at the Olympic Trials in Oregon, according to KLove. She finished the race at a world record of 51.90 seconds. McLaughlin gave glory to God. “I felt immediate excitement and overall gratefulness. I owe it all to God, my family and my team. I’m still in disbelief, but it’s truly just faith, trusting the process and seeing my hard work along with the gift of God being put into action.”

In a May 16 Instagram post, she said she finds stability in Jesus. She wrote “Some days, the friendships and support are through the roof. Others, you wouldn’t even know it was there. Especially in a world full of inconsistency, it’s such a breath of fresh air to find true stability in Jesus. … The peace of knowing I will always have a friend, always have His support, and always have His LOVE; makes even the loneliest of moments feel full. My soul finds rest in knowing He is not like us. He doesn’t change, and He will never leave me. Giving the ability to be completely content, no matter the situation. Simply because. I don’t have to face it alone. That. Is. Love.” She added Isaiah 41:10 to the end of her post: “So do not fear, for I am with you; do not be dismayed, for I am your God. I will strengthen you and help you; I will uphold you with my righteous right hand.”

In a June 28 Instagram post, Sydney wrote that she kept hearing God say to focus on Him. “It was the best race plan I could have ever assembled. I no longer run for self recognition, but to reflect His perfect will that is already set in stone. I don’t deserve anything. But by grace, through faith, Jesus has given me everything. Records come and go. The glory of God is eternal. Thank you Father.”

Sydney’s next race, the finals, will take place on Wednesday, August 4.

Paralympian Jessica Long knew she was different. “You didn’t have to tell a girl with no legs that she, you know, I knew I was different,” Jessica told CBN News. “I was missing half of my body. But I really had incredible parents who really taught me that, you know, God has always had a special plan for me.” Jessica was born in Russia and was living in a Siberian orphanage when her parents adopted her. She’s had 25 surgeries so far.

Jessica began swimming in a local team at 10 years old. Over the years, Jessica competed and won over 50 gold medals and 18 world records. But something was missing. “I had just won five gold, life was great. I’d had a commercial with Coca-Cola. There was so many things again that were happening. But still, I just remember feeling really empty and just really just unsatisfied, which I was like, why? I mean, I’ve done everything that I’ve ever wanted to in this swimming journey, this swimming career, how do I still feel empty? How do I still feel unsatisfied?” Jessica began going to a women’s Bible study. Over time, she realized that she needed the Lord, so in the summer of 2013, she gave her life to Jesus.

Jessica now realizes that, while she is talented, God is her source of strength and her identity is in the Lord. “My identity is in Christ and I really hope that I show that with just my character, the way that I do things on the pool deck. I know I couldn’t do it without God. I do really rely on Him. And when I’m swimming, I do picture Him next to me in like I’m still using the talent that He has given me. And I think that I’m still really living my purpose and that He would be really proud of me. I would say every athlete or anyone who’s probably ever felt this just not satisfied, right. It’s not working. You’re not satisfied. It’s never going to be enough, but God is enough. And-and that’s really hard and it’s all on your own time, of course, but just know that God’s waiting, waiting for you with His arms open and He can’t wait to have you a part of His family.”

This past winter, Jessica’s story was told in a Super Bowl commercial by Toyota. Watch it here.

“Faith leads my life,” Allyson Felix told the Los Angeles Times in 2016. “That’s definitely the reason that I run.” At 35, the six-time Olympic gold medalist is the oldest Olympic 400-meter sprinter in history. “I definitely feel like I’ve been blessed with this gift, and so that’s something that helps me to see the bigger picture.”

Allyson grew up in a Christian home. She gave her life to the Lord as a very young child. “Ever since then, I have continually been striving to [grow] in my relationship with God.” When she gets anxious before a race, she recites Philippians 4:6-7: “Do not be anxious about anything but in every situation, by prayer and petition, with thanksgiving, present your requests to God. And the peace of God, which transcends all understanding, will guard your hearts and your minds in Christ Jesus.”

The verse encourages her. “I try to stay in the [Bible] and I pray a lot, just talking to God. He provides my strength and wisdom. I know my talent is from God. And that’s my purpose: to run to glorify Him.”

Katie Ledecky, a 24-year-old swimmer from Bethesda, Maryland, said her Christian education has helped make her who she is today. “I received an excellent, faith-filled education at [two] schools. Having the opportunity to attend academically rigorous schools has facilitated my interest in the world and in serving others, and has enriched my life so that it is not solely focused on my swimming and athletics,” she told the Catholic Standard.

Katie gears up for the races with prayer. “I do say a prayer — or two — before any race. The Hail Mary is a beautiful prayer and I find that it calms me.” During the Rio Olympics, Katie said she was “just praying to do my very best to represent my country.”

The swimmer also said she thinks, “I have been given this gift, and I want to use it to the best of my ability.” She also wants to “inspire somebody or make an impact of some sort beyond just getting a good time or getting a gold medal.”

In 2017, Katie was the youngest-ever inductee in the Maryland Women’s Hall of Fame.