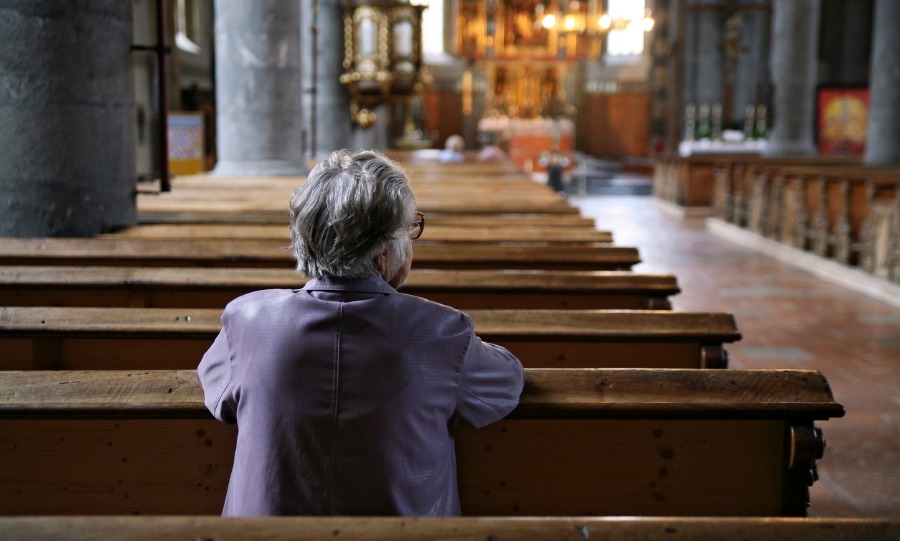 I don’t go to church to live longer or to be happier. I go because I am commanded to go by the Bible (Hebrews 10:25). But study after study shows that those who actively go to church generally do live longer and happier lives.

I go to church because 2,000 years ago, the Founder of the Church walked out of His own tomb. He was dead on Friday, and then He became alive on Sunday morning. If you have an open mind, you can even see that He left a virtual photograph behind.

Furthermore, the followers of Jesus were crushed and demoralized by His very public death. They cowered in fear, and then they became bold and unstoppable and went to the ends of the earth proclaiming His death for the salvation of those who believe. What changed them? His resurrection from the dead.

Every Sunday morning is a weekly reminder throughout much of the whole world of His historical resurrection from the dead. That is why people from every continent, nation, race, and tongue gather together to worship Him.

We don’t worship Him for pragmatic reasons — but in the Providence of God, longer, more satisfying lives are often a by-product of active church-going — so notes study after study.

On January 10, 2020, an Australian-born minister, Glen Scrivener, had a discussion with an American atheist, Matt Dillahunty, on a British-based online series called The Big Conversation.

Scrivener said, “There is a tremendous amount of public benefit for religions to flourish in societies. Those people thrive in a world where, if the government were able to put a magic elixir into the water that could deliver those benefits — longer life, happier, healthier, societies, all of these things have been demonstrated in thousands of studies — it would make society better.”

The atheist did not totally disagree, but he countered: “The truth has to do with who we are and it maybe is the case that what people need is the community which religions have done a really good job of building, and it’s one of the things that secular organizations are working towards doing now, building stronger communities.”

Meanwhile, just a little online searching shows that it is a consistent finding that attending church tends to cause people to live longer and healthier lives.

TIME Magazine said: “If a long life is what you’re after, going to church may be the answer to your prayers.”

A Correlation Between Attendance and Health

For example, a study published a few years ago in the Journal of the American Medical Association concluded: “Frequent attendance at religious services was associated with significantly lower risk of all-cause, cardiovascular, and cancer mortality among women. Religion and spirituality may be an underappreciated resource that physicians could explore with their patients, as appropriate.”

The more often you go to church, the more healthy you tend to be.

These findings are consistent. About 15 years ago, I interviewed Dr. Byron Johnson, now of Baylor, then of the University of Pennsylvania, about the impact of church-going on people’s lives.

There is research now that seems to indicate faith does add to lifestyle and satisfaction. … So we reviewed over 770 studies, on religion, to see what the impact was. Every study that we could find. And that’s when we came up with the conclusion that about 85 percent have a beneficial effect. … People of faith report higher levels of satisfaction, higher levels of hope and meaning, purpose in their lives than their counterparts who don’t have that same kind of commitment.

And he added this amazing statistic: “We have serious research that indicates regular church attendance can add as much as seven years to longevity for white Americans and 14 years for African-Americans.”

To me, going to church is its own reward. But how nice to see it is also good for me.

The Crying Need for Self-Control in Our Time