Have you heard the story of King Canute? Lord and Master of the Northmen a thousand years ago, a wise and humble ruler, a man who had that rarest of qualities in a leader: he did not let the adulation of his subjects go to his head.

His swooning soupy sycophantic courtiers worshiped the man, and thought no deed beyond his powers. An absurd and sickening state, because why? Because functionaries who believe their leader is a god are not going to understand the true cause of things and thus they will not make good decisions.

So the King, disgusted by these attitudes, had himself conveyed to seaside at low tide. Posing majestically, he bade the ocean to remain where it was, for the tide to be still. He was King! His word was law! The oceans must not rise! 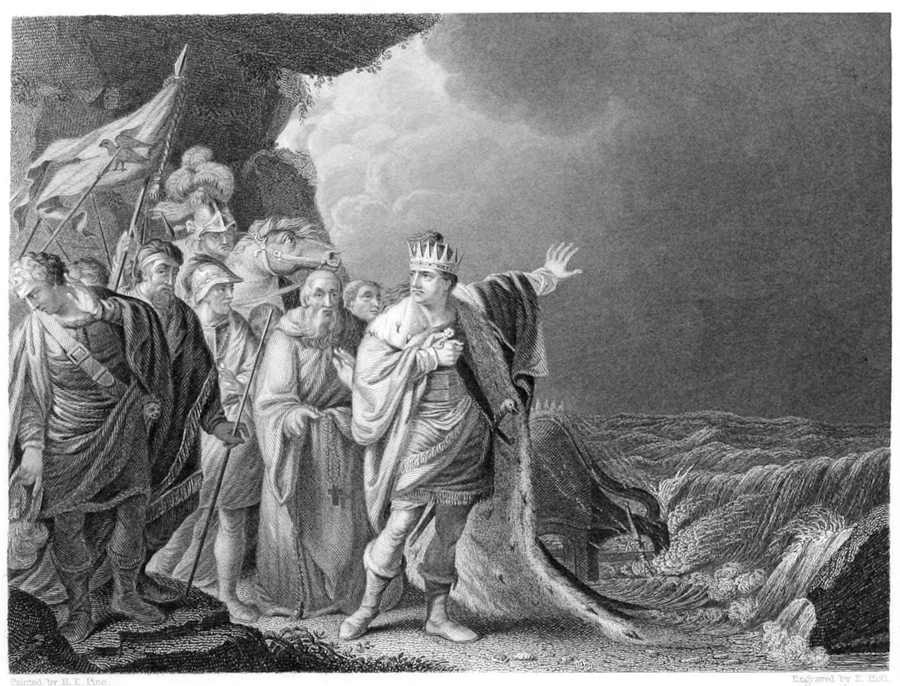 Henry of Huntingdon, a contemporary historian, tells us what happened. “[C]ontinuing to rise as usual [the tide] dashed over his feet and legs without respect to his royal person. Then the king leapt backwards, saying: ‘Let all men know how empty and worthless is the power of kings, for there is none worthy of the name, but He whom heaven, earth, and sea obey by eternal laws.’”

Times change. Only a few days ago, our leader, President Barack Obama, had himself flown to Alaska. There he stood at the base of a great glacier, which has the curious and prophetic name Exit. He bade the glacier that it should not melt, that it should not retreat from the summer sun.

Yet Exit continued its exit. It would not obey.

There the parallel with King Canute ends. Because the President’s courtiers still believe the man has the power to stop the titanic block of ice to do what ice naturally does when it is hot outside. Indeed, the President himself believes he has these powers. How do we know?

When our leader gained first victory, he posed as his own historian and spoke these words about his ascendancy to the secular throne: “[W]e will be able to look back and tell our children that this was the moment — when the rise of the oceans began to slow and our planet began to heal.”

Also the moment glaciers ceased melting in the sun.

We have come to an odd moment in history. People used to accept changes in tides and weather as the Way Things Are. Some years were hot, some cold. Some years were wet, some dry. The only constancy was inconstancy. People coped or adapted and prayed.

King Canute represented a time in which men looked beyond themselves for ultimate explanations. But as men turned to themselves as the answer to all questions, they decided that changes in the world could no longer be explained naturally, that instead all change must have at its root men themselves. So that when the globe began to warm, as it sometimes did and was once seen as normal, it was concluded the base cause of this must be man and therefore the change was abnormal. And when glaciers melted, that too must have been caused by man and was also abnormal. 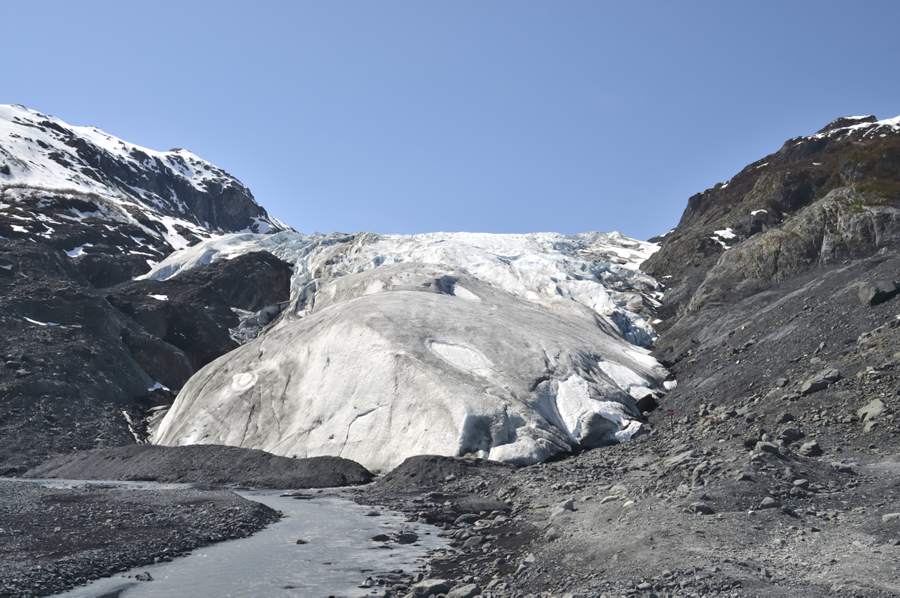 Exit has long been melting. The National Park Service said that, for instance, Exit retreated 935 feet between 1894 and 1899, and that it has been in consistent flight since 1814. It is still retreating, but at a much slower rate today. Even stranger is that its edge is now in the same place it was shortly after King Canute left us. Mankind didn’t cause the old melting, but somehow we’re causing the new.

The main difference from 1814 and now was that then nobody much cared if the glacier melted. Didn’t glaciers always grow and retreat? Wasn’t the great state of Michigan, for example, once entirely covered by glaciers? Aren’t the Great Lakes, the most glorious bodies of water on earth, muscular puddles formed from retreating ice?

The question “Is mankind better off with or without glaciers?” was never really asked because people knew that there wasn’t much they could do about the situation one way or another. It isn’t so much asked now, either, but the implicit answer, about change in glaciers, climate, or anything in the environment, is always that “no change is good.”

In a way, this is cheering. It contains within it the kernel of knowledge that man is in a fallen state. Why? Because if you accept that all change is at base caused by man, and then also say all change is bad, you are saying man is corrupting. This is a sober truth.

The problem is that the solution to man’s corruption is believed to be men who are more than men, men who have somehow risen and have shed this corruption. The winds and tides would not obey King Canute, but somehow they will be subservient to Enlightened Man.