GK Chesterton’s Hymn for the Fourth of July

The author of Orthodoxy gives us a song that is patriotic, but with a twist. 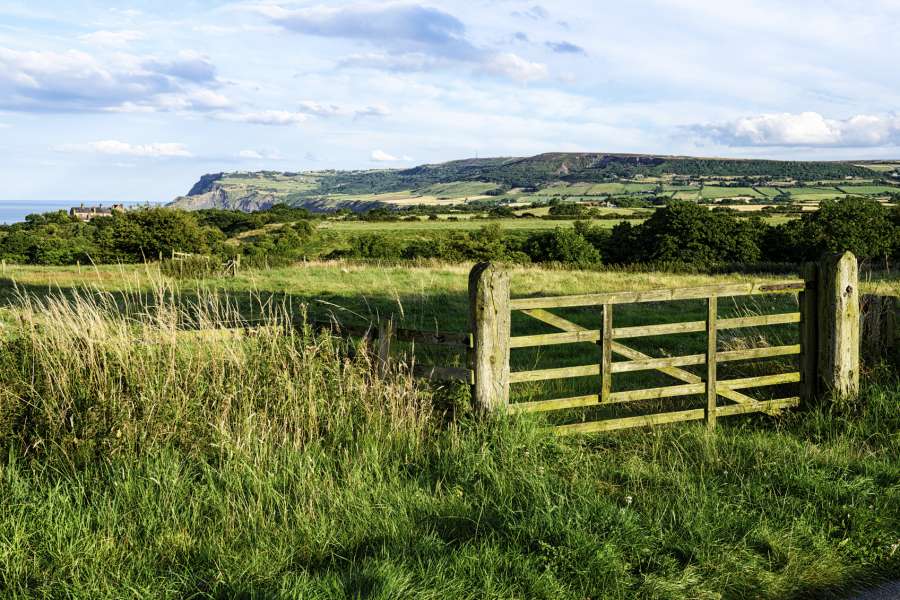 A part of England's green and pleasant land.

Here’s a good hymn for the Fourth of July you’ve probably never heard sung in your church. A Hymn was written by the great Christian writer G.K. Chesterton as a patriotic lament and a request for God’s mercy on his country.

He loved England, but he knew how England had gone wrong, and what — and more to the point, Who — it needed to start going right. Another hymn, much, much more popular, and sung by both major political parties, got the answer completely wrong.

Bow Down and Hear Our Cry

It’s better known from its first line, “O God of earth and altar.” It was first sung in 1912 at a big meeting in London to support striking coal miners. Chesterton’s politics are not, to be honest, the politics of many Stream readers, but the relevance to America in 2016 of his hymn and its prayer for judgment and renewal should be clear.

Here are the words:

O God of earth and altar,
Bow down and hear our cry,
Our earthly rulers falter,
Our people drift and die;
The walls of gold entomb us,
The swords of scorn divide,
Take not thy thunder from us,
But take away our pride.

From all that terror teaches,
From lies of tongue and pen,
From all the easy speeches
That comfort cruel men,
From sale and profanation
Of honour and the sword,
From sleep and from damnation,
Deliver us, good Lord.

Tie in a living tether
The prince and priest and thrall,
Bind all our lives together,
Smite us and save us all;
In ire and exultation
Aflame with faith, and free,
Lift up a living nation,
A single sword to thee.

Compare A Hymn with one of the United Kingdom’s informal national anthems, Jerusalem. It was the Labour Party’s anthem when they first came to power in the 1945 elections and is sung regularly not only at Labour Party meetings but at meetings of the Tory (Conservative) Party.

It’s the next to last song, before God Save the Queen, sung at the last concert of the summer series of concerts called “The Proms.” Many Americans know it from the movie Chariots of Fire.

The words come from the preface to the poem “Milton” by the famously eccentric poet William Blake. It depends upon Blake’s odd personal mythology, but most who sing it don’t care about that, if any of them even know about it.

Published in 1810, it starts with the story that in Jesus’s “lost years” he came to England with Joseph of Arimathea and for a brief period made England like the heavenly city of Jerusalem. It asks if he did come to England and declares what he may have done 2,000 years ago. And finishes by declaring that what Jesus may have done then we can do now.

It’s the end of the poem that made it so popular with political parties. It was turned into a political hymn and anthem in 1916 by the poet laureate Robert Bridges, in an anthology of poems titled The Spirit of Man.

Here are the words to Jerusalem:

And did those feet in ancient time,
Walk upon England’s mountains green:
And was the holy Lamb of God,
On Englands pleasant pastures seen!

And did the Countenance Divine,
Shine forth upon our clouded hills?
And was Jerusalem builded here,
Among these dark Satanic Mills?

I will not cease from Mental Fight,
Nor shall my Sword sleep in my hand:
Till we have built Jerusalem,
In England’s green & pleasant Land.

Just contrast Chesterton’s plea for God’s mercy and help in creating a living nation dedicated to him with the pledge in Jerusalem to build the heavenly city of Jerusalem in England by human effort. That, I think, is the way the political people understand it. It’s not a pledge to do as much as we humanly can to make things better. Its a pledge to make them perfect.

The singers singing out at the end of political rallies aren’t praying for God’s help, much less accepting his judgment and correction. They’re declaring that they will create the new world by themselves. And both socialist and Tory sing it out.

Not a Famous Anthem

Our own national anthem is godless, until the fourth verse that no one ever sings and almost no one knows. Our informal national anthems aren’t so good either. God Bless America demands that God bless the nation, with no interest in what He might say to our nation. The leftist response, Woody Guthrie’s This Land, is no more interested in God as judge and savior. Only America the Beautiful gets closer to A Hymn‘s humility and devotion, and it has only one humble line (“God mend thine every flaw”).

There’s a reason American churches don’t sing A Hymn on the 4th of July. It is a truly patriotic song, a song written by someone who loved his country. But it doesn’t celebrate us as we’d like, because it sees as us in need of God’s mercy.

Not a song to make politicians happy either. Would Hillary Clinton sing it? Would Donald Trump? “Smite us and save us all” is not a request modern secular man is going to make of God, who they believe exists to approve what they do (if he exists at all). Our rulers are busy (they think) building Jerusalem from sea to shining sea. They’re also mostly the people Chesterton describes in the second verse.

But we should sing it. And through singing it pray with Chesterton for national reform and renewal. This Independence Day, play A Hymn and sing along. And suggest your pastor use it next year on the Sunday before the Fourth of July.

This has been revised a little since it’s original publication.