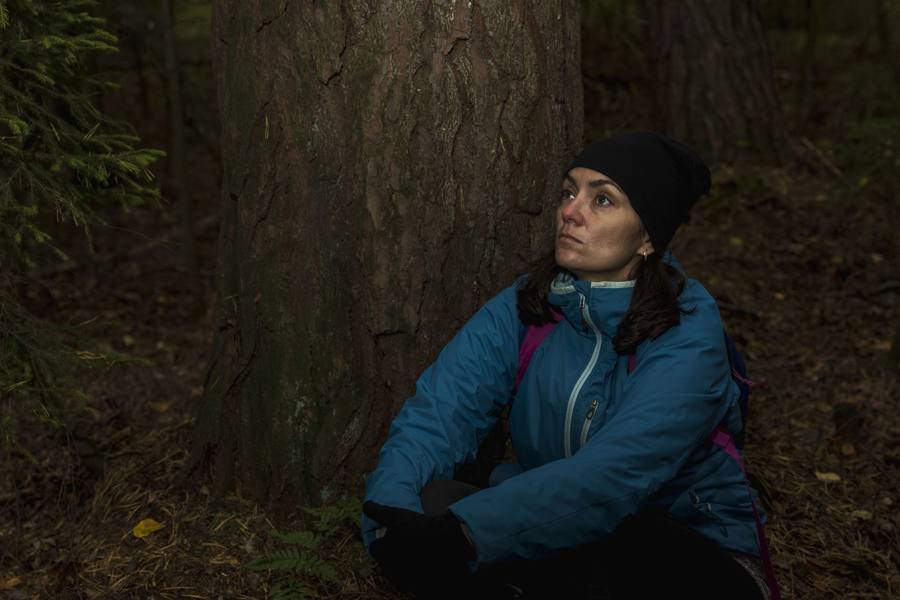 Following several helpful conversations, I need to add two more principles to the five I listed earlier for Southern Baptists’ vote this week on responding to sex abuse in Baptist churces. Both of them them fall under one heading: Give proper place to abuse survivors’ pain.

By way of reminder, Southern Baptist leaders are holding their annual meeting in Anaheim this week. They will be voting on a just-revised set of proposals developed by the Sexual Abuse Task Force, with input from independent consulting firm Guidepost Solutions.

Clergy sex abuse survivors are calling for strong action, including a public offenders database, a financial “restoration fund,” and a central Independent Commission to manage the convention’s handling of abuse allegations.

I agree: Strong action is needed. Pastoral sex abuse is an enormous crime, both massive and horrific, as “enormous” originally meant. Each occurrence, each individual crime is enormous on its own, but Guidepost’s report lists a huge number of them. Add them together, and I don’t know if our language has ever had a word to describe the magnitude of the problem.

A lot of pastors have seriously harmed a lot of women. (Take that as an understatement.) The church has a definite, serious duty of care for these women. (Another understatement.)

It begins with “weeping with those who weep” — exactly the opposite of what too many churches do, sweeping their leaders’ sins under the rug. Perpetrators need consequences; victims need encouragement along the path to being survivors, which includes seeing the perpetrator get the consequences he deserves. How can Baptists ensure that happens?

Get the Right Help

I’ll start at the local level, where the first answer should be easy enough. If the abuse was criminal in nature, or if you even think it might be, call the police. Cooperate with their investigation. Support the judicial process in every way possible.

What next? Now it gets hard. Two things are given: You must commit from the very outset to doing the right thing, and you’re going to need help with it.

Assuming the allegation is accurate, your church will have a duty to care, and it’s going to be costly. If it isn’t, I doubt you’re giving it anywhere near the right kind of care. What kind of care? I could give generalities, but you need specifics. The best thing I can say to that is I don’t know; it depends on the situation. More importantly, you don’t know, either. But you’d better find out. I mean that very seriously, serious enough to say it twice: You don’t know, but you need to find out.

You’ll need help with that. If the accusation was for something less than a criminal act, you’ll need help investigating it. You’ll need help understanding the victim’s needs. The congregation will need help re-stabilizing after the shock, but why not? Your staff and lay leaders (elders, deacons, teachers, committee heads, etc.) will be reeling, too.

If there’s one message I could get across to every church dealing an abuse allegation, it’s this: You don’t know what you’re doing, and in a very real sense you shouldn’t know what you’re doing. There’s only one way a church could know, which is through experience, which I sincerely hope you do not have. No church should have to go through this a second time.

So get help! Commit to doing the right thing, then find qualified helpers to guide you there. Find a counselor with the right spiritual convictions and the right training. Consider bringing in a crisis management consultant. We had one come help us when my church’s youth pastor was arrested for sex crimes, and more than one leader said afterward, “I don’t know if we would have made it without him.”

Whatever you do, don’t make the mistake of thinking you’re good enough to handle it yourself. Don’t go it alone.

The SBC Sexual Abuse Survivors Group has called for a new nationwide accountability committee and a national “restoration” fund for survivors. Both of those seem like good ideas on the surface, but it’s more complicated than that for Southern Baptists. (I spoke to this last time as well.)

I understand their desire to put the whole denomination on notice, to establish a central authority, and to create means to pay what they are calling restoration. But the Baptists are an association of independent church bodies. No church, no district superintendent, no bishop has the authority to tell a church or a pastor how to act. The greatest consequence the SBC is set up to deliver is removing a church from the Southern Baptist Convention. A national committee managing punishments and paybacks for sexual abuse would be an organizational aberration, a structural flaw, destined to cause all kinds of problems, as I wrote last time.

As currently constituted, the best the SBC can do is to provide local churches with strong ministerial and educational support. By strong, I do mean strong, and with teeth attached: It should be a condition for continuing membership in the SBC. The denomination should also make it extremely easy for local churches to find the right crisis and counseling help.

I have further thoughts on what the denomination might do, but I’ll reserve those for a later time.

Principle Seven: Feelings Matter, But They Do Not Trump Truth

Survivor advocates are calling for a national committee and a national registry of pastoral sex offenders. I can surely sympathize with their strongly felt need for offenders to be punished and to be contained in that way. But the Southern Baptists don’t have the organizational structure this would require. It would be a jurisdictional error, akin to making the United Nations responsible for some local sheriff’s misdeeds. Further, in the form Guidepost Solutions recommended, it would violate due process for some alleged offenders. Who might be … innocent.

The proposal is thus wrong on both counts, so the Baptists should reject it and find a better one. That’s going to leave these survivors unsatisfied. They’re hurting, they want an answer, they deserve action, and this puts it off again.

Southern Baptists must give place to survivors pain, but they must ensure that it be proper place.

Christa Brown, survivor of 30 pastoral rapes, is “disappointed” over suggestions the SBC work on it another year that way. “This amounts to little more than kicking the can down the road,” she says.

She’s more than just disappointed, I’m sure. She and other survivors feel an urgency to get this dealt with and done. Their feelings cannot trump the truth, however. Southern Baptists must give place to survivors’ pain, but they must ensure that it be proper place. Survivors deserve an answer, yes, but make it a right answer, please, not a wrong one.

Murder victims’ families have their feelings to deal with, too, yet we make them wait for due process in the proper jurisdiction. Southern Baptists’ independent polity makes this difficult, to say the least, making wrong answers so much easier to find than right ones. Victims’ pain can be very insistent, understandably so. The danger is that their pain would “insist” the Southern Baptists straight into easy, accessible answers, even they’re bad ones.

This is hard work for a church to do. It’s a lot easier stating principles, as I have done here, than crafting policies around them — especially when you’ve got 10,000 or so people voting on them in a day or two.

I’ve made just two recommendations for that vote, because they seem clear on principle: Reject the idea of a national committee because it’s structurally un-Baptist, and if there’s going to be a national list, make sure it’s based on due process.

I’ve offered thoughts on what the Baptists might decide to do in place of that. These thoughts are obviously inadequate to answer the question, and they’re bound to be unsatisfying to abuse victims. That’s because they reflect the two complicating realities of the situation: Pastoral abuse is a sin of enormous proportions with horrendous effects, and the Southern Baptist Church is an association of independent church bodies.

Tie those facts together, and you’ve got a seriously difficult problem to solve. I’d love to be in position to pronounce the “right” answer, but I’m not. I do know some principles are right, and that rushing to the wrong answer for the sake of victims’ feelings will yield the wrong answer.

Don’t Say ‘They’: Why Pronouns Matter

As Evangelical Christians, We are Bringing Reproach to the Name of Jesus