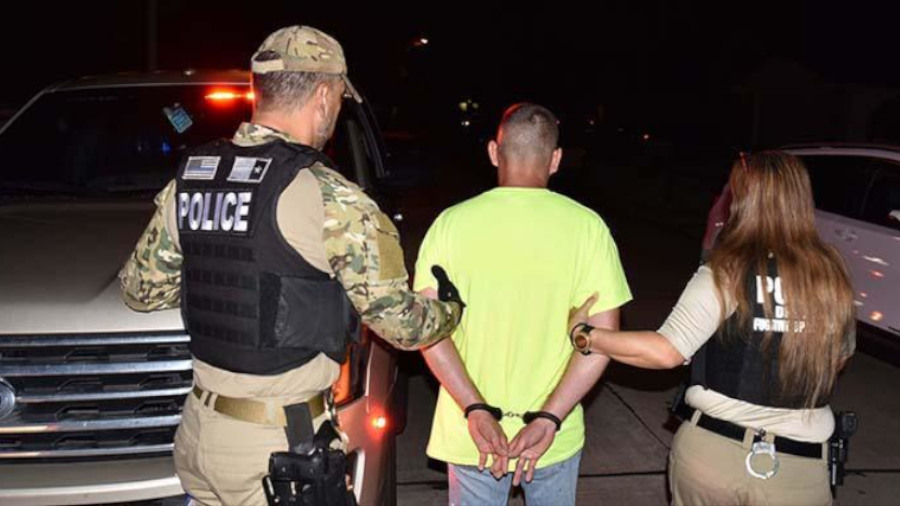 As co-author (with The Stream’s Al Perrotta) of The Politically Incorrect Guide to Immigration, I’m sorely tempted to self-promotion here. To crassly suggest that our book would make an excellent Christmas gift. But in fact, it wouldn’t. Some more fitting days to give it would be:

What You’ll Find, and Won’t

In fact, Christmas morning is probably the last day you should give someone our book. Especially your kids. They wouldn’t understand it. Instead, give them Eric Metaxas’ Donald Builds a Wall.

But if you give our book on any other day of the year than Christmas, I’ll tell you what won’t find:

What will you find?

Christmas morning is probably the last day you should give someone our book. Especially your kids.

One of those dialogues didn’t make it into the book. For a very good reason: I just thought of it. Here it is as a free sample of the kind of writing in this book, which you should buy your friends and family members for any other day of the year. Just not Christmas.

Imagine two guys in their twenties sharing a rented house in Manchester, New Hampshire. Alex leased the place first, then found Billy as a roommate via a bulletin board at St. Marie’s Church. They share the rent equally, along with utilities and groceries. On a human level, they get along just fine. But some issues have arisen in their previously amicable arrangement.

ALEX: Billy, could you come here, into the mudroom, please?

BILLY: Er, okay. What’s up. Why’d you want me to come in here? Kind of cramped.

ALEX: I wanted some privacy, Billy. I think one of those hobos in the corner might understand English.

BILLY: You mean Paco? Yeah, he’s been watching a lot of TV. Picking it up pretty well, I think.

ALEX: Billy, didn’t we already have this conversation about the front door? Where did you put it this time? It’s not in the garage. Whose doors are also missing, by the way, but we can talk about that later. Where’s the front door, Billy?

BILLY: Aw man, you really need to stop being all about boundaries and exclusion, Alex.

ALEX: Did you remove it yourself? Or did you ask the Honduran guys …

BILLY: Those “Honduran guys” are human beings, Alex. Children of God. They have actual names, you know.

ALEX: Okay. What are their names?

BILLY: Uh … One of them is definitely named Jorge. I remember that because it’s also Pope Francis’.

ALEX: Yes, I saw all those documents by Pope Francis you’d been reading. But I don’t think you’ll be happy. Consuela used them as kindling last night, before burning up all our firewood.

BILLY: Oh she likes to keep it warm and toasty, doesn’t she? But admit it, she makes some killer beans.

ALEX: I never agreed to you letting in any of the dozen or so random people now wandering this house. And the place has simply become unlivable.

BILLY: Well maybe what you consider “unlivable” is a real improvement for them. Yassir used to live in a Syrian refugee camp.

ALEX: I looked into him a bit, Billy. Did you see all those ISIS recruitment pamphlets in his knapsack?

BILLY: We both revere the God of Abraham, don’t we? It says that in Vatican II.

ALEX: The place smells, it’s crowded, noisy, and I’m sick of stepping over Yassir when he prays to Mecca. Plus without the front door, the cold is coming in. Have you any idea what our heat bills are going to be? Or should I burn the rest of your books?

BILLY: I think you’re having a very First World problem, Alex. Do you know how people live in the favelas of Sao Paolo?

ALEX: Yes, Billy. I think they live a lot like we do.

BILLY: Well, Jesus told us not to afflict the stranger.

ALEX: No he didn’t. That’s in the Old Testament. In the same book where it says we’re supposed to kill witches. So should I go over execute that Haitian woman who keeps performing Santeria rituals in the kitchen?

BILLY: She has a name, Alex. It’s Odille. And she promised to clean up after the next one. She’s a refugee, Alex. Her baby-daddy threatened to kill her. You know, the way Herod threatened to kill the baby Jesus. Would you have sent the Holy Family back to Herod?

ALEX: The Holy Family went, legally, from one province of the Roman empire to a neighboring one. It’d be like you moving to Maine. Then they went back when the coast was clear. Why couldn’t Lucia just go next door to Santo Domingo?

BILLY: There are no good jobs there, Alex. Where’s your compassion?

ALEX: It’s exhausted. You’ve drained it to the very last dregs. OUT. I want all of them out. By the end of the week.

BILLY: Oh, so we’re just supposed to engage in ethnic cleansing? To make this house a “whites-only” space? To round these helpless people up like the Japanese Americans during World War II, or the Jews in Hitler’s Europe?

ALEX: And you too. I want you out. You’re not on the lease, and you’re being a terrible roommate.

BILLY: Well, that’s not very democratic, Alex. Is it? I bet if we took a vote, you’d find yourself in a pretty darn lonely minority. Don’t you think?

ALEX: That’s not how any of this works, Billy.

BILLY: Oh isn’t it? In fact, I took the liberty of polling this house’s residents, and they all want you out. What do you think about that?

BILLY: Uh, no you weren’t. I believe that native Americans of the Abenaki tribe were here before any of us, and you’re just squatting on stolen land.

But not for long. Since the vote was unanimous, I gave Paco and Yassir the greenlight to gather up all your stuff and put it out on the curb. Minus a few of your personal electronics, which we’re keeping as reparations for slavery.

ALEX: Are you kidding me? Hey, get your hands off. …

At this point, several of the squatters come up behind Alex and cover his mouth. Then they escort him out of the house, kicking and gasping. Billy smiles, vaguely.

BILLY: Okay, Yassir, could you put that door back on the hinges? I want to watch the impeachment hearings. And Consuela, another batch of beans would hit the spot right about now. …

The Most Fun Gift of 2019? Eric Metaxas’ New Book, Donald Builds the Wall