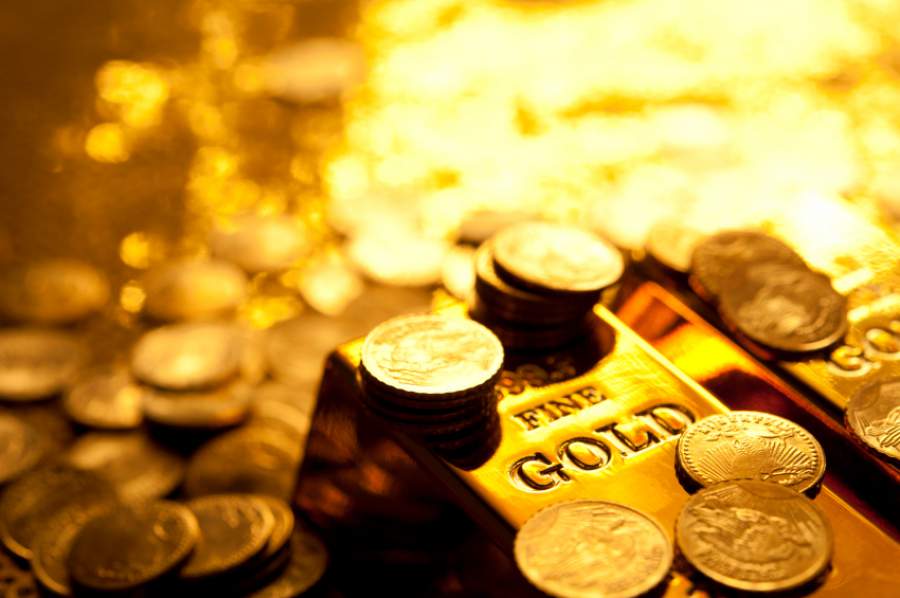 Imagine you’re making a cake and the recipe said “Bake for 40 Mexican minutes.” You recall that last week, 1.3 Mexican minutes were equivalent to 0.97 Greek minutes, and that today it’s up to 1.4 per. But the problem is your oven clock is set to British minutes. What do you do?

Obviously, call in a government-approved time-master who, for a small fee, will convert Mexican to Greek to British minutes. Of course, he’ll have to come each time you want to bake, because “exchange rates” vary continuously.

Since that kind of baking can grow expensive, a better system is to create a standard. Make it so that everybody in the world agrees on what a minute is. Now, this standard will have to be arbitrary, because the universe was not created so that minutes have concrete meaning. But as long as everybody agrees that a minute is, say, 551,557,906,200 periods of the radiation corresponding to the transition between the two hyperfine levels of the ground state of the caesium 133 atom, then everybody will be able to measure time in the same way. You won’t have to adjust your watch hourly.

Money used to be based on a standard, which was gold. But no longer. The existence of a standard made it difficult for governments to manipulate money, and manipulation was desired so that governments could “do good.” So the standard was eliminated. Floating currencies have become like government-defined minutes, a situation which, not surprisingly, leads to chaos, inequalities and the very problems they promised to fix.

So claims the well known and justly respected economic thinker and writer George Gilder, who has just published a new monograph through the American Principles Project entitled The 21st Century Case for Gold.

Gilder says that state “control of money has become a bastion of government economic centralization wreaking havoc on capitalist economies around the globe. By controlling money supplies, central banks and their political sponsors determine who gets money and thus who commands political and economic power.” It’s not only governments that benefit. Trading on floating-money results in “$5.4 trillion [in transactions] every twenty-four hours,” so that “foreign exchange markets are now scores of times larger and even more volatile than the markets for real goods and services they are supposed to measure.”

Words are not mixed. “By intimidating the financial sector with constant litigation and becoming addicted to fees and fines, government regulators have turned banks into their harem of well-fed eunuchs, periodically whipped and blandished and, finally, stultified.”

Federal Reserve policies “have turned Wall Street investment banks into subsidiaries of the government that make money not through entrepreneurial risk-taking but through government wealth shuffling.” As a result, “U.S. bankers collected $5 trillion in bonuses over a seven-year period” (emphasis original).

In their eagerness to control, governments wrongly hoped “that among all the powers of the earth, only the power over money does not corrupt.” But corrupt it did. Gilder shows that monetary policies caused much of the inequitable distributions of wealth in the financial sector which are growing ever more noticeable.

Gilder argues for a return to the gold standard. Actually, to a standard, since he also considers Bitcoin and its competitors as viable. He quotes Richard Thaler who asked, “Why tie to gold? Why not 1982 Bordeaux?” Gilder answers that indirectly, by running through the merits of gold — the amount available and reserves are known, that it is not subject to schemery, that transaction fees can be eliminated, its rich history, and so forth — but he never tells Thaler this simple truth. 1982 Bordeaux can be drunk up. Once it’s gone, it’s gone forever.

But doesn’t that same criticism apply to Bitcoins? It is, after all, only a “virtual currency.” It shares some of the same traits of gold, mainly that the amount available and its reserves are known and, by design and to mimic gold production, are increasingly difficult to “mine.” But Bitcoins don’t have to be real: they are like the transitions in a caesium atom; they just need to be agreed upon.

And they increasingly are. Web commerce is now only a fraction of all commerce and Bitcoins only a fraction of that. Their use will surely grow because on-line commerce will, and because Bitcoins offer anonymity and lack of transaction fees. But Bitcoins seem to have one potentially fatal flaw that gold does not. The government could step in and shut down the Internet. If so, poof! goes your wealth.

On the other hand, the government can grab your gold. Who remembers Executive Order 6102? In 1933, FDR, by executive fiat (are there any modern-day similarities?), “criminalized the possession of monetary gold by any individual, partnership, association or corporation.” This pseudo-law “required all persons to deliver on or before May 1, 1933, all but a small amount of gold coin, gold bullion, and gold certificates owned by them to the Federal Reserve.” If it happened before, it could happen again.

This implies that the best monetary solution turns out to be the same solution for many of society’s other ills: smaller government.

For Dr. Briggs’s consideration of Gilder’s innovative ideas about information theory and its connection to sound money, see this article.