‘I Was Gay Once’: The Story of Italian Gay Celebrity Luca Di Tolve 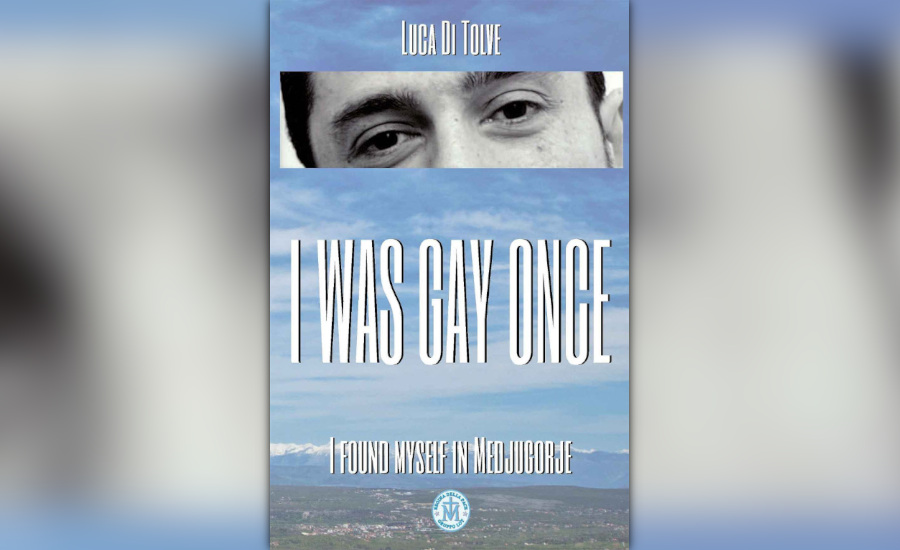 “If I were to sum up what homosexuality is, I would choose one word to describe it: it is a trap, a condition you find yourself pushed in. I do not see anything natural about it. It is a clockwork mechanism you cannot get rid of.” These are the words of Luca Di Tolve.

Di Tolve was a homosexual celebrity and activist in Italy. He rubbed shoulders with Madonna and Gianni Versace twenty years ago. Now he is happily married to a woman and the proud father of a young daughter. He runs a Catholic group to help men and boys recover from homosexual tendencies. The group is aptly called “Lot” after the brother in law of the patriarch Abraham, who was saved by God from the destruction of Sodom and Gomorrah.

To say that the change in the life of Di Tolve was supernatural is an understatement. Di Tolve came out of the shadows to tell his story in 2011. His book confession, “I Was Gay Once: In Medjugorje I Found Myself” has only just been translated in English. You can purchase it here.

Di Tolve writes of how he was pulled into the homosexual lifestyle and how he was rescued from it with the help of prayer and therapy.

A Trap of Stifled Masculinity

He grew up without his father and with a needy mother. As a result, he says, his mother coddled him excessively. He describes feeling his masculinity stifled by his mother’s attention. Because of this, Di Tolve says, he never developed a healthy masculinity. Whenever a challenge came his way, whether in sports or in school, he withdrew.

His mother took him to the doctor, who told both of them that homosexuality was normal.

When puberty hit and homosexual desires began to manifest in him, Di Tolve told his mother. His mother took him to the doctor, who told both of them that homosexuality was normal. And he urged them both not to be bigoted about it. Armed with this advice Di Tolve embraced his homosexual desires. He frequented gay bars and was sexual with other men.

Di Tolve first came to prominence on the Italian homosexual scene as the winner of the first “Mr. Gay: Italy” beauty pageant in 1990. He reveled in the homosexual and fashion circuits in Italy and internationally. He launched Italy’s first gay cruises. He then rose to prominence as a gay activist.

When he first started running gay cruises in Italy they were not very successful. He received advice from homosexual businessmen in the United States. They told him to create an environment conducive to promiscuity and anonymous sex just as in gay bars. “The motor of the gay economy is sex,” they said. And he obliged.

An Infinite Sense of Solitude, A Feeling of Love and Acceptance

Di Tolve is far from the caricatures of the homophobic self-hating ex-gay portrayed by the mainstream media. He describes the sordid details of the homosexual lifestyle with compassion and humility. He remembers the drug-fueled nights he experienced.

He recalls having a “huge emotional high, but also an infinite sense of solitude.” And he is also honest about the physical toll of the homosexual lifestyle on his body. He says sodomy is a violent act.

Then the AIDS epidemic hit. His friends started to die, including one very close friend. And then he himself discovered he was HIV positive. The situation brought him to his knees. He prayed a rosary in front of a statue of the Virgin Mary. He describes being swept by a feeling of love and acceptance that he never experienced before. This led him to seek reconciliation with God in a Catholic Church. While in the confessional he heard that homosexual acts were a sin for the first time.

It was around the time of his conversion that he also happened upon a paper by Joseph Nicolosi, a psychiatrist who specializes in treating unwanted same-sex attraction. Di Tolve reached out to Nicolosi for help. Through Nicolosi he found therapists in Europe who could help him. Nicolosi’s books are now being banned by online book retailer Amazon because they challenge the notion that homosexuality is inborn.

The Path to Healing

With spiritual and psychological help Di Tolve was able to reconstruct his wounded masculine identity. He describes the moment he discovered himself relieved from homosexual attraction as exhilarating. His HIV was also kept in check thanks to anti-retro viral drugs. After some time, on pilgrimage to Medjugore, he met his wife Teresa.

Luca said the path to healing was not always rosy. He insists that he was “totally convinced” that he was gay. It took courage, he says, to put his entire life into question.

“I had to fight not just against my habits, practicing abstinence for a period, but I had to renounce also to the privileges of a society where being gay is trendy, and it helps you find work more easily and to make money quickly,” he writes.

Above all Di Tolve describes how important the spiritual and psychological support were to him. Today, Di Tolve writes, “the real violence is to say that it is impossible to come out of homosexuality.” He is especially hurt by accusations that he is homophobic simply because of his experience.

In 2009, Italian singer/songwriter Giuseppe Povia wrote a song seemingly based on the experience of Di Tolve. The song is called “Luca Was Gay.” It resonated with Italians and won the popular vote at the Festival di San Remo. The Festival di San Remo is Italy’s most famous annual pop music contest. But the official jury only placed it in second place. Everyone perceived this as a choice based on political correctness.

One has to wonder how many other men like Luca Di Tolve are out there, unable to tell their story because of fear. Their experience is a threat to the predominant narrative that being gay is an inborn trait. It is precisely their story that will change the public debate on homosexuality. That is why Di Tolve’s story is so dangerous. That is why he has been defamed in Italy. And that is why his book won’t last long on the Amazon bookstore. Buy it now!

Stefano Gennarini J.D. is Vice-President for Legal Studies at the Washington, D.C., and New York-based Center for Family and Human Rights (C-Fam). The views expressed here are solely his own.