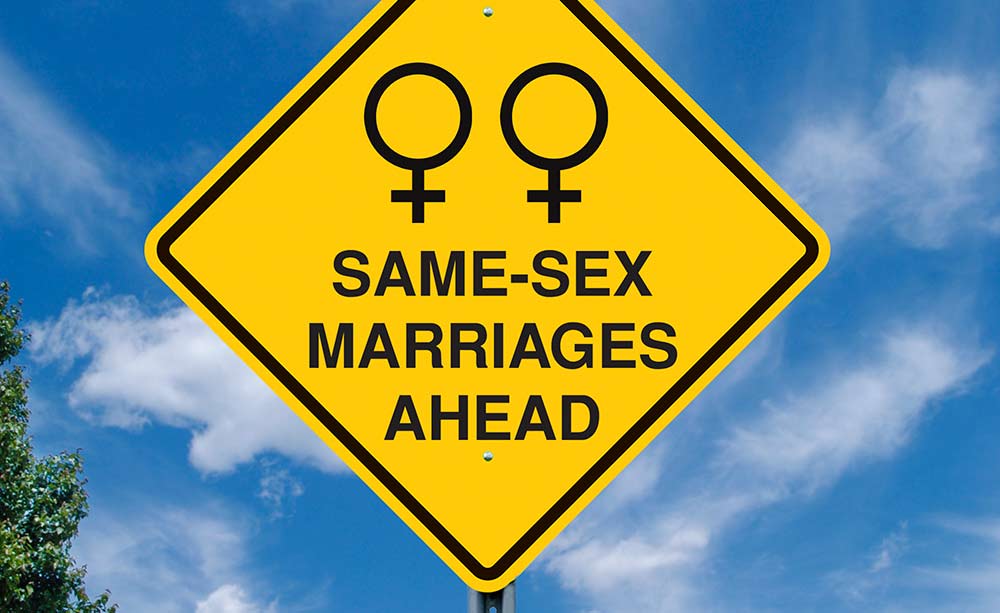 This week, RightWingWatch.org issued its “Year in Homophobia,” which offers no substantial arguments in favor of the LGBTQ movement, but rather offers examples of Christianity and conservatism, which one gathers are meant to be scoffed at.

The trouble is that gender ideology is quickly losing its status as a rebellious, underdog cause, and in its ascendancy takes on all of the problems — not just the perks — of being de rigueur among elites.

Last month, The Gay Foodie held its official launch party at a trendy club in New York City. Patrick Bradley is the founder of thegayfoodie.com, where he describes himself as “the exclusive restaurant critic for the NYC LGBTQ community.” His Twitter profile boasts of appearances in “OUT.com, Vanity Fair, Huffington Post, Queerty, Daily Mail & Buzzfeed.”

Anyone at the launch party would have been impressed with Bradley. Charismatic, boyishly handsome and a slick dresser, he fit the bill as a rising “LGBTQ” star. But his clever strategy of hitching his foodie business to the recent Supreme Court victory of the gay movement still needed a finishing touch.

Within days of the party, Bradley had contacted the prominent OUT.com with a brilliant pitch: He wanted to publish a letter denouncing his Christian parents, who had refused to attend his gay wedding well over two years earlier. A columnist at OUT.com obliged, putting in a plug for thegayfoodie.com in his first paragraph before posting the letter itself:

Mom and Dad: By not attending my wedding, you rejected me, and you rejected my husband, who is my own immediate family. I, in turn, reject anyone that rejects my family — out of dignity and respect for it. But I am offering resolution.

The public letter went instantly viral, and was shared by a number of mainstream news outlets, presumably to the great benefit of Bradley’s new business enterprise and career.

By Bradley’s own admission, his parents never stopped sending him “unwanted holiday and birthday gifts” and still “speak to my husband (and myself) as if nothing has happened. …” In his letter Bradley complains he is “tired of” their loving attentions: “Have you no shame?”

While they clearly have not rejected him, he makes clear that he rejects them, explicitly citing their Christian faith as he drags them into the public square and beats the proverbial snot out of them — to the applause of mainstream media outlets from Buzzfeed to Yahoo! News.

RightWingWatch.org concluded its review of 2015’s “homophobe” Christians with a series of quotations from Christian commentator Pat Robertson.

He told one mother to send her daughter, who is dating another woman, to a Christian summer camp and “pray that God will straighten her out.” He said that the girl was probably “pressured” into embracing a lesbian identity because “there’s so much lesbian stuff, I mean, lesbian this, lesbian the other, so much homosexual — the media is pushing this as hard as they can possibly push it.” He told another viewer who has a gay son to treat him like a drug addict, and advised yet another parent that God could change his gay son if only the son were to start “acting like a man.”

Consider cases where the sons in question are not neglected children whose parents senselessly abused and rejected them. Think of situations where the parents’ protest is firm but measured and the sons in question are Little Lord Fauntleroys like Patrick Bradley, who would use the current social climate of urban centers like New York City to promote himself at the expense of loving parents. In such cases standing up for the Christian teaching on sexuality and marriage will be anything but easy for those parents.

There is a silver lining here. The unmistakable bigotry against Christianity is so apparent at RightWingWatch.org that the publication should be compensated as a free speakers bureau, advertising the courageous stands taken by Americans on behalf of religious liberty, biblical morality and the “least” among us, despite the sniggers of the cruel and the imperious.

Stephen Herreid is an Associate Editor of the Intercollegiate Review. Reach him at sherreid@candidworldreport.com. Follow him on Twitter @StephenHerreid.