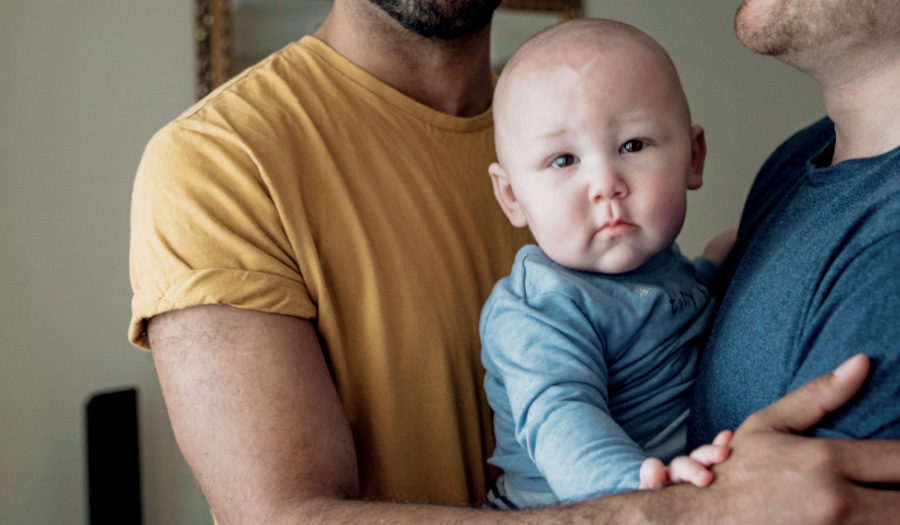 Last week on Twitter a gay man announced that he and his sexual partner are planning to contract the services of a “carrier” and purchase a baby. In a long thread, he laid out his answers to the objections he expected people to raise, then concluded by saying the reason they were doing this was simple: love.

That is utter horse hockey. Love has nothing to do with it.

What these two men are doing has become fashionable and celebratory in our society, but it is not honorable, respectable, or progressive. It is what men with money, social sway, and the right kind of politics can get at the expense of women and children. Children’s needs be damned. These men will have what they want.

No One is Entitled to a Child

They want a child, and so that settles it. They are entitled to have what they want. Especially since their desire is so generous, so altruistic. Their child will be “the most loved in the world.” Who could argue with that, they wonder? Who would dare?

I dare. I tell them plainly what they’re doing is degrading to women and abusive to the child. It is the antithesis of love.

They cannot conceive a child between the two of them for obvious reasons, so they require the services of a woman. They will use her and her womb, and perhaps her genetic material as well. Or some other woman’s genetic material — whatever serves their needs.

The child will be created in a dish, in the warm embrace of a clinical lab. Should any defects or undesirable characteristics be found, the child can easily be destroyed. They’re paying an “exorbitant price” after all.

If baby is satisfactory, he/she will be transferred to womb of the woman, who will then do the gestational work for these two men who don’t care a rat’s patooty that they are treating that woman like a breeding machine for their use. Nor do they care that they are depriving the child they claim to love so much of his/her mother. Woman Not Wanted, Only a “Carrier”

This guy has the nerve to be annoyed that plenty of people bristled at his use of the term “carrier” for the woman whose body and womb they will use. He insists this is the proper legal and medical term for such a woman, and not in the least objectionable. I also have a term for someone so arrogant and misogynist.

This is a very stupid argument and I’m tired of hearing it. The medical and legal term for a woman who carries a child is “carrier.” The only thing this argument shows me is that those who make it lack any understanding of this issue. https://t.co/sSIC1rOibV

People who are quick to fill social media with images of handmaids in red and denounce the diminishment of women to mere breeders seem to have nothing but adulation for gay men who literally use a woman — her body, time, energy, freedom, health, and her very life — in order to get what they want.

These men do not need her as a person. They need her as a gestater, a human incubator. They have no real regard for the irreplaceable value and role of a mother in a child’s life. If they did, they could never contemplate what they are so pridefully pursuing.

When a child loses a mother or father due to death, or because of abandonment, we rightly call that a tragic loss for the child. We know the child will suffer immensely for the loss. Yet when gay men buy babies through surrogacy, suddenly we don’t recognize the necessity of both mother and father in a child’s life. Suddenly, we don’t mind so much that a child is deliberately deprived of his/her mother. Not by a tragic accident or deadly illness, mind you. Merely because the sexual preferences of the men involved must be served above all else.

Not Compassionate, but Gravely Evil

It is all the more galling that this man boasts of getting a Ph.D. in theology from a Catholic university, and wishes to portray his sinful actions as being moral and compassionate, even stupidly asking what Jesus would do in this situation.

He is delusional if he believes that surrogacy can ever be morally licit. He is lying if he claims the Church supports what he is doing. In case none of his professors have ever explained it to him, here it is in a nutshell:

In case the people in back didn't hear:

Surrogacy is intrinsically evil. It violates the child's right to be the fruit of natural marital intercourse. It reduces the surrogate mother to a service provider, and the infant to a commodity. It can never be justified.

Here is what Church actually teaches. The Catechism of the Catholic Church says:

Techniques that entail the dissociation of husband and wife, by the intrusion of a person other than the couple (donation of sperm or ovum, surrogate uterus), are gravely immoral. These techniques (heterologous artificial insemination and fertilization) infringe the child’s right to be born of a father and mother known to him and bound to each other by marriage. They betray the spouses’ “right to become a father and a mother only through each other.” (CCC 2376)

A child is not something owed to one, but is a gift. The “supreme gift of marriage” is a human person. A child may not be considered a piece of property, an idea to which an alleged “right to a child” would lead. In this area, only the child possesses genuine rights: the right “to be the fruit of the specific act of the conjugal love of his parents,” and “the right to be respected as a person from the moment of his conception.” (CCC2378)

Read that again. The person here with actual, inviolable rights is the child.

That is what Jesus would say. He would remind us all what marriage really is, and who children really are and Whose they really are, and that we have no right to be treating them like a commodity.