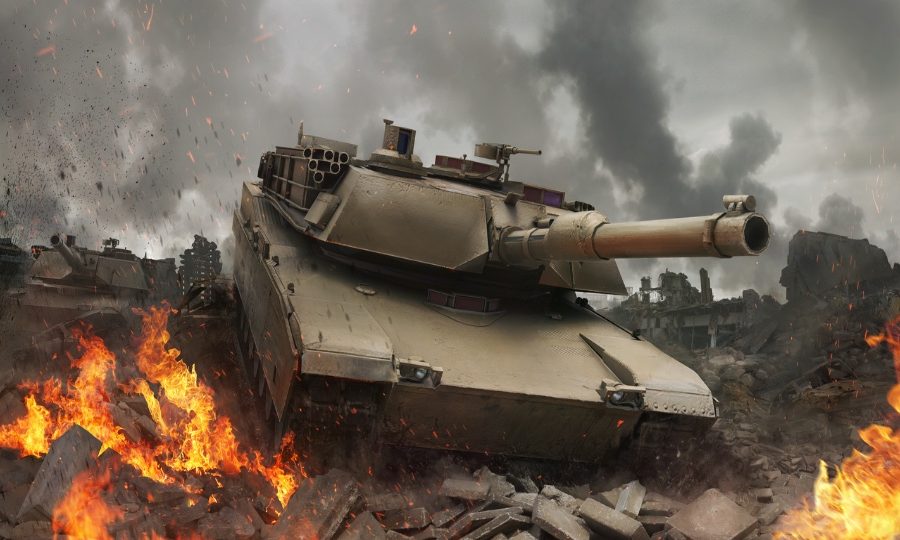 What’s going on here? Gay activists already own almost all the media; can’t they leave one square inch for people who don’t agree? Todd Starnes says “sex and gender revolutionaries want to indoctrinate your children — whether they are watching the Hallmark Channel or the Disney Channel.” He’s right. But why? Why does every inch matter so much to them? Haven’t they already won enough?

It’ll never be enough until they also gain the approval they want and need most: their own.

Just look at the change they’ve accomplished: same-sex marriage, schools and libraries teaching trans ideology, laws passed to prohibit free speech that doesn’t toe the gay line. They’ve won virtually absolute victory, especially in the media, where only small pockets of resistance remain. But that’s not good enough for them, is it? So they call out the tank divisions again, to roll over yet another company.

And it looks very much like they intend to keep at it until they’ve achieved total domination. The Hallmark Channel must kneel to them. It isn’t just the media, though. Chick-fil-A must kneel, along with every other business, public or private. Christian colleges must bend the knee. The First Amendment must yield.

What They Want Is Clear, But the What Doesn’t Explain the Why

When will they ever relax? What will it take to satisfy them?

On one level the answer seems clear enough. They won’t give up until societal approval is absolute. Not that they expect everyone to end up agreeing, but they’ve got a plan for that group, too. It’s a strategy of convert or contain. Bring everyone along who will go along, then mark off the holdouts as backward, phobic, bigoted moral cretins. That’ll effectively remove them — you and me, that is — from society. If they succeed, they’ll consider us safely contained. We might as well be interred in concentration camps.

I don’t see them gunning for anything less than that. It’s what they want; what they’ll pursue relentlessly until the day they get there. But the what still doesn’t answer the why. Again, why does every inch matter so much? Why does victory have to be absolute? Will it gain them any more sexual freedom than they already have? Do they need more permission to marry than Obergefell has already allowed them? When will enough societal approval be enough?

Seeking Approval from Their Own Consciences?

The answer, I suspect, is never. It’ll never be enough until they also gain the approval they want and need most: their own. They won’t be satisfied until they’re fully convinced in their own hearts and consciences that homosexuality is as morally good and beautiful as they preach it is.

But they’ve got one huge barrier to overcome before they get there. Moral truth is still moral truth, and homosexuality is still wrong. They can’t get past that awareness without conquering their own consciences; which is a bad idea, since the point of conscience is to rule over our decisions, not vice versa. And for those who haven’t seared it completely, conscience is stubborn. Shout it down all you want, its whispers keep echoing and repeating regardless.

It’s as if they think the problem is “out there” somewhere, instead of in their own hearts and minds. If only everyone else would give them full, hearty, even relaxed approval, then they could finally relax, too, and grant themselves the same.

If So, It’ll Never Work

It’s a hopeless task, though. It doesn’t stand a chance. They’ll never get there. It’s ironic, too. I’ve studied their strategies, and on one level, I’ve been extremely impressed. I don’t like their objectives, but I have to admit, they know how to plan a campaign. They know how to get what they want — everything but the one ultimate goal that matters most.

Still their relentless drive continues. They want to conquer their own consciences. They can’t find a way to do that, so they’ve set out to conquer ours.

They want to conquer their own consciences. They can’t find a way to do that, so they’ve set out to conquer ours.

It explains why they’ve put such a pretty mask over their cultural insurgency. “Insurgency” isn’t too strong a word for it, either. They’ve overturned everything the Western world always held dear in home, couples, marriage, family, and education. You’d think they’d be suffering some pangs of conscience over that, too. Yet they’ve made us look like the bad guys, with themselves being the ones who’ve finally made everything right, the way it should’ve been from the beginning.

They’ve had strategic reasons for doing it that way, but I can’t help thinking it serves two purposes, not just one. They need society affirming them as the good guys in spite of their constant, brutal pushiness, and all the damage they’ve been wreaking. That’ll help appease their consciences, too, or so they think. Meanwhile the harm they’ve done is going to keep eating at them.

Appeasing Them Will Never Be Right, Either

This answer explains, too, why no concession on our part has ever been good enough to satisfy them. None ever will be. We’d better quit right now hoping the next one will do it. It won’t. They’ll come back for more.

So if I’m right, then our best strategy now is to quit thinking we can give them what they want. We can’t. They want a quiet conscience, and it’s not in our power to give them that. Only God can do that; only He can grant the freedom of conscience they seek. But He will do it on His terms and no one else’s. We do them no favors by feeding the false belief that they can find it any other way. We don’t do anyone else any good, either.

Yes, I’m doing risky business here, analyzing from a distance. But the theory explains why enough is never enough for gay activists — and never will be. The wise course, then, is to quit hoping we can do something that will appease them. They can’t even appease themselves.