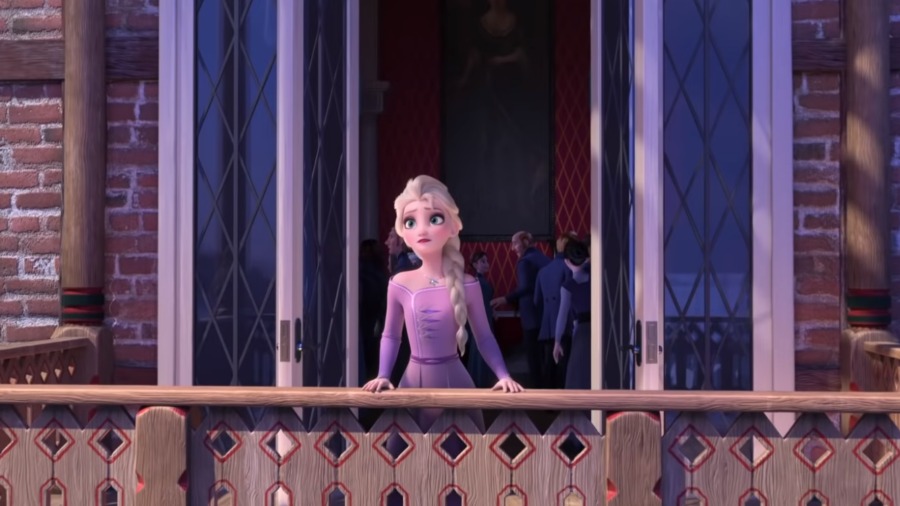 If you’ve got a kid under 12, you probably saw Frozen. Its compelling story and soaring melodies carried the movie to blockbuster success. With Frozen II now hitting theaters everywhere, your kids are probably clamoring for a repeat experience.

Disney movies are tangled when it comes to messaging. On the one hand, there is little to no objectionable language, violence, or sexuality. On the other hand, there’s often a heavy dose of pantheism (The Lion King, Pocahontas) or, as in Frozen 2, pagan animism.

As Christians, we don’t do anything mindlessly. We “take every thought captive to obey Christ” (2 Corinthians 10:5). Let’s apply this to Frozen 2 and see what stands out. No spoilers — I promise.

A Restless Quest for Her Destiny

It’s common for movies to center on a quest. In Frozen, Anna goes on a love-motivated quest to find her sister. In Christ-like fashion, Anna risks her life to save Elsa, even when Elsa isn’t wise enough to want salvation. Anna does something similar in Frozen 2. But in both movies, Elsa leaves for less than admirable reasons.

Elsa is now the queen of Arendelle. She’s responsible for her people’s safety and security. But she gives in to a vague desire for adventure, because a part of her “longs to go … into the unknown.”

She gives in to a vague desire for adventure, because a part of her “longs to go … into the unknown.”

Elsa hears an ethereal, disembodied voice, and sings back a ballad about going “into the unknown.” Her epically high notes unintentionally wake the four spirits of nature (earth, air, water, and fire), bringing great trouble to Arendelle.

This isn’t a new theme for Disney. In The Little Mermaid, Ariel longed to be “part of their world.” Why? They had forks(!) and could “spend a day, warm on the sand.” She gives in to her restless longing, of course, at great cost: defying her father, losing her voice, jeopardizing her father’s life and even her kingdom.

How about Moana? She sings “How Far I’ll Go,” wondering why she can’t be content in her role as the island’s princess. She’s conflicted: “The voice inside me sings a different song, what is wrong with me?” But ultimately: “The line where the sky meets the sea — it calls me” — and off she goes.

Now Moana does save her people, but like Ariel, not without disobeying her parents. Not the most parent-friendly theme. But a larger concern is that restlessness isn’t a great motivation for putting one’s life, and the lives of others, at risk.

Frodo doesn’t risk his life to take the ring to Mordor because he’s bored in the Shire. No, he’s chosen and called — thrust on the quest to dispose of a great danger to all of Middle Earth. Luke Skywalker wants to become a Jedi because he’s tasted the Empire’s evil and he’s willing to risk his life to oppose it.

As a ruler, Elsa has more in common with King David neglecting his army and pursuing his own lust with Bathsheba. She has less in common with Queen Esther, who risked her life to save her people. The first patriarch Abraham embarked on a great adventure, leaving everything he knew in Haran to go to Canaan. But he left at God’s calling, not out of some vague desire to go “into the unknown.”

Or consider Jesus, the greatest example. Jesus doesn’t leave the comforts of Heaven and the presence of God because he’s bored, because he wants to “spend a day, warm on the sand.” No, He took on the greatest quest in history to give His life as a ransom for many. This is the stuff of great stories because it’s the stuff of the Greatest Story.

OK, but Elsa isn’t just pursuing the voice out of mindless tedium. She needs to find out who she is and what are these amazing powers she’s been given. Powers that we’re told are “too much for this world.” As she tries to uncover her identity, she learns that she herself is the one she has been waiting for.

The Bible is clear that looking to ourselves (Ephesians 2:8-9) or looking within (Jeremiah 17:9) is not the answer. On the contrary, our mission is to lose ourselves in a cause that’s greater than ourselves. God’s cause. That’s how we find ourselves.

Our mission is to lose ourselves in a cause that’s greater than ourselves. God’s cause.

In Christ, we discover our true identity. We are precious, the delight of God (Ps. 147:11), created in His image (Genesis 1:27). We’re also lost sinners, in desperate need of a Great Savior (Ephesians 2:1-3). In Christ, the image of God is being restored in us, and we discover the good works God has prepared for us to walk in (Ephesians 2:10).

Do the Next Right Thing

When in despair, Anna sings a song called “Do the Next Right Thing.” The lyrics motivate her to keep plodding. It’s a positive message, and one that’s consistent with Scripture (Galatians 6:9). As Christians, we should keep practicing spiritual disciplines, even when we feel God is far from us. We should keep treating others with kindness, even when it seems to go unappreciated. We should trust and obey our heavenly Father, even when it feels like our souls are “spiraling in frozen fractals all around.”

Like most Disney movies, Frozen 2 is a mixed bag. It’s not as good as the original Frozen. But it can provide context for healthy conversations about self-deception and real adventure. As our children grow up and venture “into the unknown,” may they do so with Christ as their identity and the good of others as their goal.

Marni Chediak is a graduate of Stanford University. Before becoming a mom, she worked in various management positions for AT&T and General Mills. She has been homeschooling her three children in Southern California for the past eight years. She is currently a challenge director in her local Classical Conversations community.