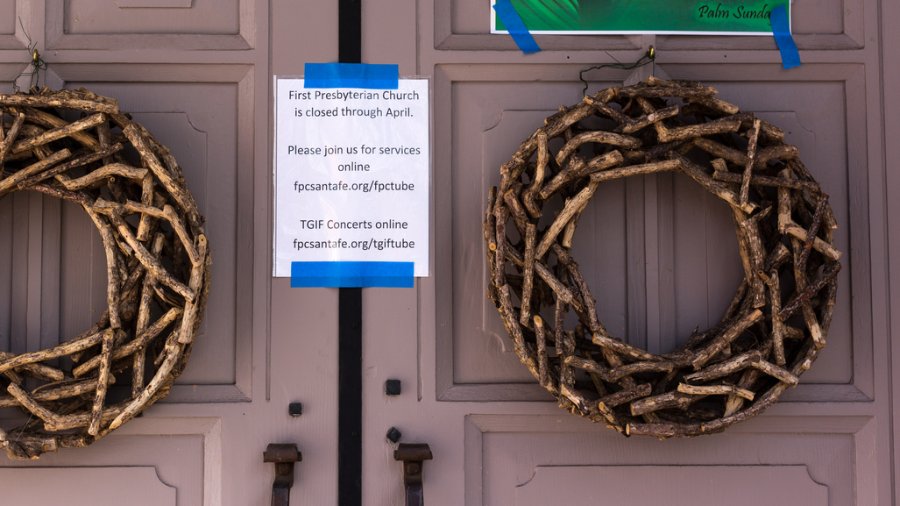 Dr. Richard Land once called our country, “the divided states of America.” How apt — especially when we survey the various responses to the coronavirus. They are lessons in liberty and lessons in tyranny.

To paraphrase what a friend of mine wrote me recently, “We have 50 real-world government examples of liberty or tyranny — 50 real-time experiments in whether state governments moved towards liberty (as in Texas and South Dakota) or absolute control (as in California, Michigan and New York).” As a resident, I would add: Florida’s leadership is doing a great job.

Nowhere can this contrast be better seen than in how the state authorities deal with churches versus how they deal with abortion, ordering churches closed while deeming Planned Parenthood and other abortionists “essential services.”

How fitting. In her classic book, Godless, Ann Coulter postulates that abortion is the left’s “sacrament.” The sacraments of the church are out. The left’s new sacrament is in. The most pro-abortion leaders are the ones who are most cracking down on real constitutional freedoms in their states. If a politician gets abortion wrong, they tend to get everything else wrong too.

This anti-religious spirit at work is exceedingly ironic because America was born as a religious nation. In the Mayflower Compact, the Pilgrims explained their reason for coming: “For the glory of God and the advancement of the Christian faith.”

“No Pandemic Exception to the Bill of Rights”

Indeed, Attorney General William Barr sides with the churches (following social distancing guidelines, etc.) in this conflict. He said, “There is no pandemic exception to the Constitution and its Bill of Rights.”

But many of the left today have used the pandemic crisis to try and shut down a lot of religious services:

If your church parking lot permits, holding a drive-in service is a clever way to worship the Lord together. Usually, the pastor would preach to the congregation in their cars though a low frequency on the FM dial in such services.

“A Lesson to Governors”

But even in the Bible belt, such as in Kentucky and Mississippi, some overzealous administrators have tried to shut such services down. First Liberty Institute has threatened lawsuits, and the cities have relented.

The Wall Street Journal had an editorial entitled, “Caesar, God and the Lockdowns,” in which they note, “A federal court ruling on religious liberty is a lesson to governors.”

The editorial talks about Maryville Baptist Church in Louisville, which held a modest Easter service — with some worshipers inside and others in the parking lot, hearing the service through a loudspeaker.

To harass the worshipers, notes the WSJ, “The police took down license-plate numbers. The church sued.”

A panel on the Sixth Circuit ruled in favor of the church: “It’s not always easy to decide what is Caesar’s and what is God’s — and that’s assuredly true in the context of a pandemic. … Why is it safe to wait in a car for a liquor store to open but dangerous to wait in a car to hear morning prayers?”

The Left-Right Divide in Leadership

A new report out of Chicago over the weekend shows the lengths to which the anti-God forces will go. Wirepoints observes that the mayor sought to punish a church, Philadelphia Romanian Church, to prevent it from holding services. They stated, “On Sunday morning the tow trucks descended — not just on churchgoers, but on residents and everybody else, and on a private lot used by parishioners.”

The pastor of the church said, “The mayor is inciting hate against the church which is very sad. A lot of our members risked their lives to escape Communism, only to find it germinating in 2020 under Mayor Lightfoot in Chicago.” Lightfoot is so committed to abortion rights, she helped drive out of office one of the last Democrat, pro-life U. S. Congressmen.

Wirepoints adds, “It should also be a clarion call to the churches across the city as to how far the left will go to crush the faithful of all denominations.”

Freedom-loving Americans can look at a map of the country and see how those on the left versus those on the right are delicately handling the crisis. The abortion-loving, church-hating politicians stand in great contrast with their freedom-loving counterparts in the red states.