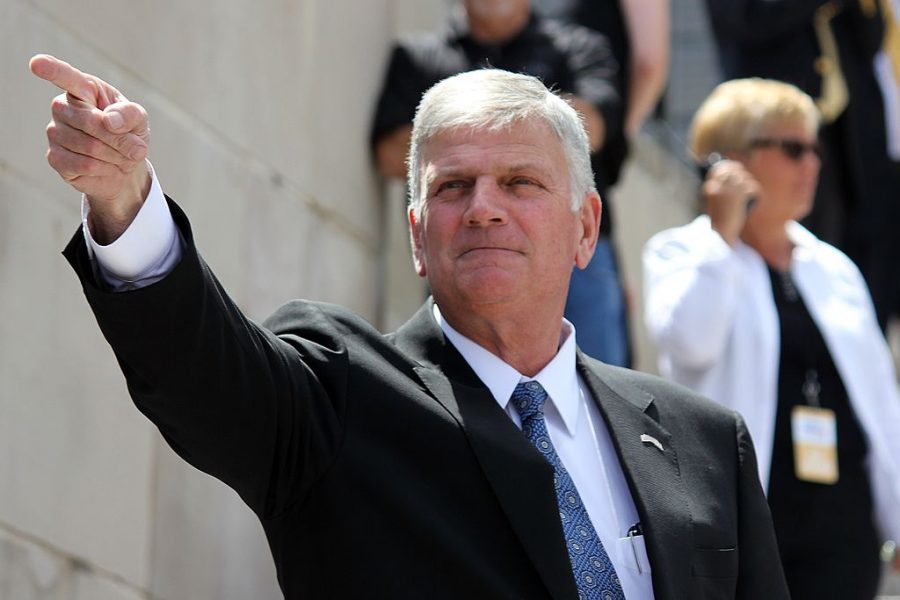 Evangelist Franklin Graham spoke out on the impeachment proceedings Tuesday in a Facebook post. The president of the Billy Graham Evangelistic Association and Samaritan’s Purse called out Democrats in Washington who “continue to try to destroy” President Donald Trump. He called on Christians to pray for the president.

“It makes me sick to my stomach. We’re now in the second week of the impeachment inquiry, and this is just dividing our country even further. The President’s enemies are focused on destroying him and his presidency regardless of the damage it does to our nation,” Graham said.

Let’s look at his record. The U.S. economy is better than it has ever been, the stock market is at its highest levels in history, key trade deals are being negotiated, ISIS has been defeated for all practical purposes and is on the run, the U.S. embassy in Israel has been moved to Jerusalem which had been promised by many previous presidents, President Trump has defended religious freedom at home around the world, and he has made key conservative judicial appointments as he promised, unemployment is the lowest it has been in 50+ years. Should I continue? The list goes on.

“Pray for President Donald J. Trump and his family as the Democrats in Washington continue to try to destroy him and drag his name through the mud,” Graham concluded. “Everyone is benefiting from his policies—even those who want to tear him down.”

Graham previously posted about the impeachment proceedings. In his Wednesday post, which gathered 156,000 shares in six days, he called the inquiry “historically shameful.”

“That our politicians would bring this kind of harm to our country over a phone call, with the world watching, is unbelievable,” Graham wrote. “As Christians, as those who follow and trust in the Lord Jesus Christ, let us pray throughout all of these proceedings. Pray for our nation, pray for our leaders, and pray for President Donald J. Trump.”