Fox Stabbed Us in the Back. Is Newsmax Our New Alternative? 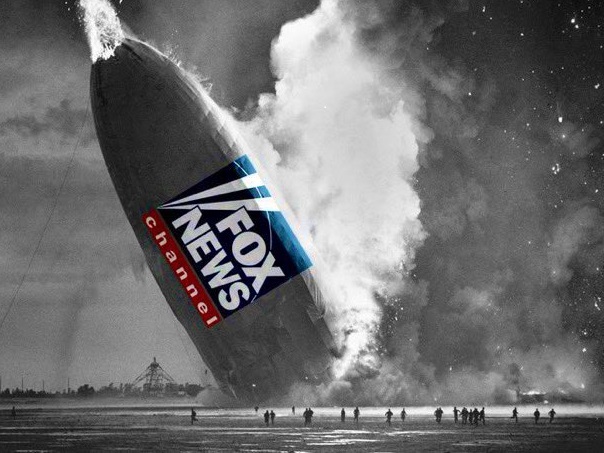 I’ll admit it was somewhat shocking on election night to see Fox News flip from a patriotic, dissident network to just part of the MSM. And every night after that, apart from a few commentary shows like Sean Hannity’s and Tucker Carlson’s. I ]realized how citizens in Eastern Europe must have felt in 1948, when their Communist-rigged elections were reported by suddenly servile media.

I wondered if the Borg had assimilated Fox. And in a way it did. Not just Fox, but the New York Post, also owned by Rupert Murdoch’s organization. It went from reporting, almost alone, on the Hunter Biden laptop one week, to sneering at Trump’s questions about voter fraud the next. That told me that a fax must have gone out from somewhere in Australia, changing the Party Line as abruptly as in 1939 Stalin flipped the Communists of this planet from anti-Nazi to pro-.

Suddenly there was no large, easily accessible conservative network anymore — no voice for half the country. Meanwhile, the big social media platforms are editing our tweets more intrusively than I’ve ever had my prose edited … by actual editors for book publishers. But they pretend to be neutral platforms, and the Feds pretend to believe them. Could this possibly be healthy?

The Fix Is In

Millions of conservatives have opened Parler accounts, often after sentences to Twitter prison. Sadly, the software for interaction on that platform just isn’t as good, so it’s not much … fun, to be candid. I’ve heard that conservative donor Rebekah Mercer (of Breitbart fame) is one of the backers at Parler. I hope they can up their game, and make it more user-friendly.

Arguably more important is having a presence on television. I’m a big fan of One America News … but you can’t get it on most cable or dish systems. BlazeTV has some great shows, but it’s on-demand only, so it’s not really a replacement for Fox. That leaves Newsmax, founded by my old friend Christopher Ruddy. And the network has seen a huge spike since Fox switched sides, as CNN reports (amidst much sneering at Newsmax and its viewers).

Then came the election. Newsmax averaged 182,000 viewers during the election week that ended on Sunday. And it is growing even more this week. On Monday the channel averaged 347,000 viewers. On Tuesday, 437,000 viewers. Evening shows like “Spicer & Co” and “Greg Kelly Reports” are reaching 700,000 and 800,000 viewers. These shows struggled to hit 100,000 before the election! Something has clearly changed.

I decided to interview Newsmax CEO Christopher Ruddy, and ask him about the network and its new opportunities.

John Zmirak: Can you tell me the history of Newsmax as an organization? How did it start? How did it evolve? What’s your mission?

Christopher Ruddy: I started Newsmax in 1998 as a digital media company. We’ve been known for Newsmax.com for many years. As a journalist in the 1990s, I saw how biased the media was and I wanted to start a media organization online that would present the American public with the information it wasn’t getting from the major media. 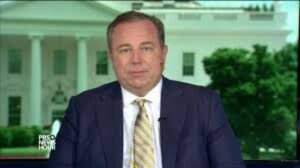 In 2014 we launched an over-the-top (OTT) channel, that soon became a cable news channel. When we started we were told “you’ll never get on the cable systems.” Five years later we were on every major cable system in the United States, reaching close to 70 million homes. Our mission is the same, presenting information to the American people that helps them make informed choices.

I assume you noticed how Fox’s editorial policy toward the president and his supporters suddenly changed right around the election. Do you think that News Corp, which controls both, sent out a policy decision to all its venues?

I don’t spend a lot of time trying to figure out why Fox and News Corp does what it does. I’m actually a very big admirer of Rupert Murdoch. I think from the day I was born I heard people say how bad the media was. The only business guy that was willing to take the media on, initially, was Rupert Murdoch. And he was an Australian! I worked for him at The New York Post. The first chairman of Newsmax for many years was Lord Rees-Mogg, a close friend and former classmate of Rupert’s from Oxford.

I think Roger Ailes was the organizing principle at Fox. When he left it lost its sense of purpose and mission.

Have you followed the ratings collapse at Fox since this decision? ‘

Fox is collapsing because the public doesn’t like their content or their spin. Newsmax is benefiting. But we were growing very steadily and consistently over the past year, long before Election Day. We are building a better product than Fox and viewers are recognizing that.

Why do you think Murdoch would be willing to take this kind of ratings hit?

A Tremendous  Surge for Newsmax

Has Newsmax seen a ratings spike since then? How big?

Ratings have been going up consistently for us. Between August 2019 and August 2020 we saw our monthly number of viewers go from 2.8 million to close to 10 million. On Election Day we’ve also seen a tremendous spike. Nielsen reported that just last week our show Greg Kelly Reports was getting 1 million viewers a minute. What really is amazing is that it only tells half the story. We are on many OTT devices and stream free, which Fox does not. We believe that almost doubles our audience.

A lot of us find it frightening that no huge, major news source now gives a fair shake to the political views of half the country. This at the same time that social media giants are cracking down on free speech. Is Newsmax poised to try to fill that niche? In how many markets do you air?

I think we’re reaching a lot more Americans than you think we are. Newsmax is pretty close to Fox’s reach when you combine our cable audience with our OTT audience. You have to remember there are 125 million television homes in America. Fox only reaches through cable about 80 million-plus homes. They do not reach those regular television homes and OTT devices for free. But Newsmax does. We are reaching a huge, untapped audience there.

Should Congress take away the special status of social media platforms when they fail to act as neutral venues, but instead behave like publishers?

I am more concerned that social media companies like Facebook and Google are monopolies or near monopolies. The justice department has moved against Google’s advertising and search. I’m not a lawyer but I think more needs to be done here to increase competition and break up monopolies.

What do you think is the likelihood that President Trump’s fraud claims will succeed — either in court or in state legislatures?

I think the president has a shot here. Usually there is much more preparation with lawyers, and the Trump campaign was behind the eight ball. They are playing catch-up mode. I do think there was evidence of voting irregularities.

Should his challenge to the election results fail, do you think Donald Trump will try to either buy or partner with a media corporation?

Donald Trump loves media. I think he would enjoy owning his own media property. But I think he likes being a participant in different types of media, and using media platforms across the board. We would love to have him have a show on Newsmax and certainly be a regular contributor. I think he will be a global force in media and politics in the years to come. He may find in some ways he’s more influential outside the White House than inside.