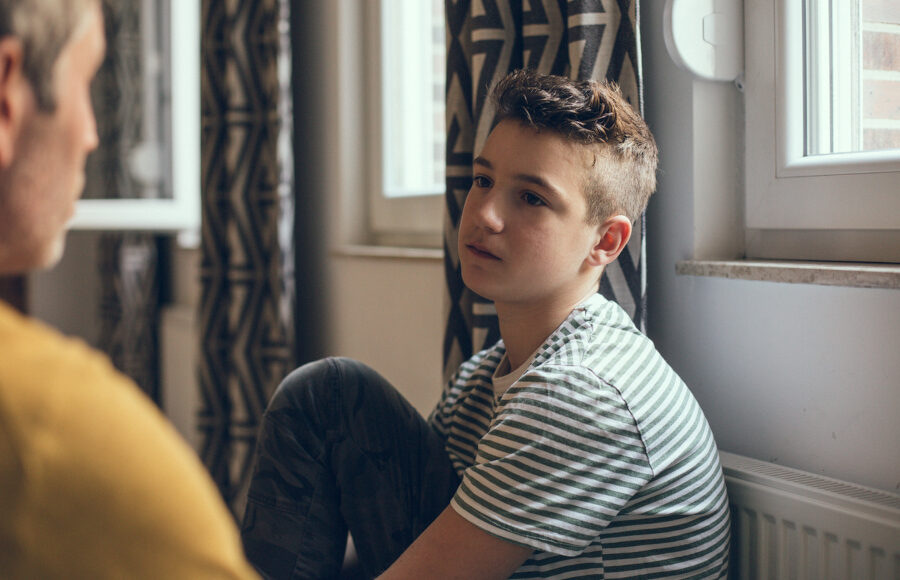 Greg Koukl was blown away — which blew me away. Koukl understands today’s culture as well as anyone I know, probably better. Still he could hardly stop speaking of how “chilling” it was, hearing a high school teacher’s observations on today’s youth. That includes Christian youth. Kids like yours and mine.

Greg Koukl is an author and speaker, best known for the Stand to Reason radio show and podcast he has run for decades, taking calls, helping people understand Bible, ethics, apologetics, and culture. He has a real gift for understanding and communicating, and he’s very much in touch with what’s going on in the world.

In this podcast he was talking with Rich Bordner, a high school teacher with 15 years’ experience, from the inner city to the suburbs. Students in every context, he says, have a common way of understanding the world. Koukl already knew this worldview; it wasn’t new news to him. It was just worse news than he’d thought. He “hadn’t realized the gravity of it,” he said, or, “the thoroughgoing nature of it.”

Self-Deciding, Self-Determining Centers of Their Own Truth

You can tell that Bordner loves his students. He listens to them. Carefully. Intentionally. And in getting to know his students, he’s discovered that virtually all of them see themselves and everyone else as autonomous, self-deciding, self-determining centers of their own meaning and truth.

I don’t mean that anyone actually thinks of himself or herself as a god. The deception is way more subtle than that.

But don’t blame them for it. Bordner doesn’t. They learned it the usual way: from the generations that came before them. It’s in their churches, sad to say. It’s in their homes, perhaps best exemplified in Disney movies of late, all of them focused on someone casting off some false self and becoming who they really are.

So it’s, “I am my own. I define myself. Period. Full stop.” If there’s “some kind of limit to your self-expression,” as Bordner put it, then you’re not doing right. You’re not authentic. You’re not being you.

Koukl and Bordner brought up Carl Trueman’s book, The Rise and Triumph of the Modern Self: Cultural Amnesia, Expressive Individualism, and the Road to Sexual Revolution. I just started into it yesterday, but already in just the first couple of chapters it’s clear that this “expressive individualism” has roots going back centuries. If the transgender revolution seemed abrupt (it’s really less than six years old), it wasn’t. It was just the next outworking of this very long-growing move toward personal autonomy.

That autonomy comes coupled today with a strong distinction between mind and the rest of the world, including one’s own body. Even science has played a part in it. More and more we’re learned to control physical nature, Trueman says (without denigrating science itself, I must note). More and more, we tend to think ourselves in charge of all of physical nature. I do mean all. Thus, “My body doesn’t determine my sex. I do.” I am not my body. I can’t escape it, but I won’t let it define who or what I am. I define myself.” Period. Full stop.

Students everywhere view their worlds this way, says Bordner, and including “strong Christian” students. That’s disturbing, for this worldview is as un-Christian as it could be. It says we own our own worlds. We define them. We rule them. In effect it says we’re all gods.

Watch how it plays out: “No one but I can decide what sex I am. What I have spoken is true, because I have spoken it. You must agree and comply with what I have spoken. If not, I brand you a bigot, worthy of being fired, shunned, canceled, boycotted … .” This is what gods do. They build and shape worlds, they control them, they decide what is moral and immoral, and they mete out punishment and rewards accordingly.

Of course we Westerners are far too sophisticated to create gods by our own hands, made of wood or stone, inert, motionless, unable to hear or speak. We have active gods instead. Our gods have voices (our own). We still manufacture them, but that’s okay. We are gods of our own worlds, each one of us. We have power and authority to make ourselves gods.

There’s a circularity issue there: Even God Himself didn’t make Himself, nor could He have. For today’s gods, though, that’s nothing. Just a matter of logic, easily solved by designing their worlds so that logic doesn’t matter that much. It’s just one more way they demonstrate their dominion.

I do not mean that anyone actually thinks of himself or herself as a god. The deception is way more subtle than that. It persuades people that it’s just an ordinary, human, and even moral thing to have such authority. “You have a responsibility to be yourself.” We don’t realize how culturally conditioned that is, or how strange, wrong, or even inhuman it would seem in other times and places.

Carl Trueman is helpful on that, showing where this expressive individualism came from. The story includes Freud, Darwin, Marx, Marcuse, and others who knew nothing of the true God reigning over us all.

In Competition With the True God

“Reigning over us all.” You’ll never hear language like that among today’s expressive individualists. Their small, false godhood stands in direct competition with His infinite and true Godhood. I think Bordner would say the same goes on even in Christian students’ hearts.

Of course, Christians through the centuries have always found ways not to submit fully to God’s reign. (I’m talking about myself here, you must know.) This is just today’s version of an ancient tendency. Very ancient: “You will be like God,” as Satan said to Eve (Genesis 3:4). Today’s version is just as wrong, just as deadly, but much more carefully buried in a culture’s message of what seems right and good and ordinary.

Therefore you and I need really to understand it. Remember, this isn’t just “some other kids,” some no-good, careless parents’ children. It’s Christian kids, too; even “strong Christian” kids. That means if you’re a Christian parent, it’s very likely your kids. If they’re not articulating it for you as Bordner’s students have done for him, it’s probably because you’re not asking them as he did with his.

How to Help Sort Out Their God Confusion

You can do it, though. And now at last we reach the four questions mentioned in the headline. I recommend you listen to Koukl and Bordner’s podcast first. Then sit down with your kids, and either listen to it together or else describe this “expressive individualism” in ways they’ll understand. Then ask these four questions:

Note how the questions start at a safe distance before moving in toward what the child himself or herself believes. That sense of safety is important in your relationship with your child. It’s an expression of your love and your interest in what he has to say, and it keeps the doors of communication open. So let him know it’s okay to answer any way he wants to answer. Then listen. Slowly.

Once you’ve listened, you’ll surely want to answer. Again, take it slow, please. The faster you come to a conclusion, the sooner the conclusion will come, meaning, the sooner your child will likely cut you off.

But you will need to answer, undoubtedly to teach some truth and un-teach some falsehoods they’ve absorbed. I’m not done on this yet, so be sure to watch for a coming column on where to take it from there.

How to Teach Your Child He Isn’t God