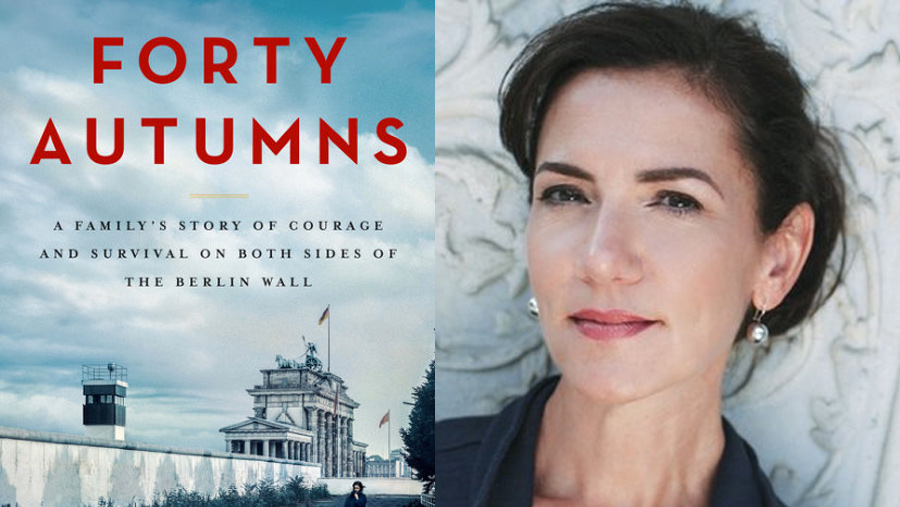 Maybe you missed the news last month. The rising generation is heeding the siren song of statism. According to The Washington Times:

The majority of millennials would prefer to live in a socialist, communist or fascist nation rather than a capitalistic one, according to a new poll.

In the Victims of Communism Memorial Foundation’s “Annual Report on U.S. Attitudes Toward Socialism,” 58 percent of the up-and-coming generation opted for one of the three systems, compared to 42 percent who said they were in favor of capitalism.

Marion Smith, executive director of the Victims of Communism Memorial Foundation, said the report shows millennials are “increasingly turning away from capitalism and toward socialism and even communism as a viable alternative.”

“This troubling turn highlights widespread historical illiteracy in American society regarding socialism and the systemic failure of our education system to teach students about the genocide, destruction, and misery caused by communism since the Bolshevik Revolution one hundred years ago,” Mr. Smith said in a statement.

How Can We Teach Freedom?

The crucial value of freedom doesn’t resonate with millions of young Americans. They don’t see the intimate, unbreakable links among political, economic, and religious liberty. Politicized, dumbed-down schools and biased media play their part. So does the sense that crony-capitalists with political connections have rigged the system.

Harvard undergrad, Laura Nicolae, got frustrated with the hipster Marxism of her schoolmates. She had to say something. See her Harvard Crimson op-ed. It tells the story of her family’s bitter suffering under Communism in Romania.

Does some member of your family or social circle need a similar wake-up call? Why not give him a powerful, relatable book? Its narrator isn’t some Russian novelist or professor. She’s an ordinary American. Nina Willner is a former officer for U.S. military intelligence. The story she tells in Forty Autumns is true. It’s the narrative of her family, most of which was trapped behind the Iron Curtain in East Germany. It recounts their struggle to survive and retain their dignity in an inhuman political system.

Nina’s mother, Hanna, was a spirited, smart and rebellious teenager. She less than any member of her large family was suited to life in socialist East Germany.

Hitler’s one-time ally Stalin conquered that eastern third of Germany from the Nazis. It didn’t really experience liberation so much as a change of dictators. Thuggish Nazi officials who had lashed the population to work and fight for a godless utopia gave way … to Communist officials who did much the same thing. The Hitler Youth no longer undermined family ties in the name of a totalitarian state. Now the Young Pioneers did that. Normal political life reemerged from the ashes of the Third Reich in the West. But it never returned in the East. Instead, the Soviets imposed a grey monopoly of power. The regime they handpicked stayed in control through its insidious, ruthless secret police. (Watch The Lives of Others for a cinematic depiction.) The Stasi bribed or blackmailed citizens into spying on their neighbors, friends, even pastors or parishioners.

Shortages, Secret Police, and Snipers at the Border

The grim command economy that marked Hitler’s war never lifted from East Germany. No, its socialist system ensured that shortages, shoddy goods, long lines and waiting lists continued for decades. Meanwhile an “economic miracle” took place just to the West. Democratic West Germany saw the power of a free economy to make a free people prosperous. The tightly controlled East Germany media made sure that its citizens never heard about that. They learned that the West was a land of famines and exploitation, full of bandits.

After several daring attempts to cross the border, Hanna at last escaped to West Germany. The price she paid was steep: She lost almost all contact with her parents. The government punished them for her act of “treason.” Willner relates some other tales from among the thousands punished, imprisoned, or simply shot down dead. All for trying to escape the new “socialist paradise.” She also gives a detailed, insider’s look at life in Berlin as its infamous Wall grew ever higher, and its security more deadly.

The System Designed to Break the Soul

Willner tells the tragic story of her grandfather, “Opa.” A highly respected schoolteacher, the new, Communist system slowly ground down and almost broke him. His integrity drove him to hedge about some of the lies the state made him teach his students. So the socialist authorities humiliated him. He took the government at its word, and became the spokesman for local farmers whose land the state had seized. Then the punishments grew worse. Soon the state stripped him of the right to teach. Opa took his wife (Oma) and their large family to a tiny, isolated village. There they eked out a living, in effective political exile. But the Communists couldn’t even leave a broken, old man alone. Opa vented his anger to a few neighbors about how the state had treated him. So he was kidnapped and tortured in a psychiatric hospital.

“Forty Autumns” is a moving, truthful, and finally hopeful book. It shows in vivid family portraits how the human spirit can survive in hostile conditions.

Meanwhile, Hanna met Eddie, a U.S. soldier, and fell in love. He’d faced the other brand of modern European evil. Eddie was the rarest of things: a German Jew who’d survived a concentration camp. Then he’d fled to join the American military, and helped liberate his homeland. Back in the United States, they raised a large and happy family. One of their children was Nina, the author. By a series of providential events, Nina ended up doing intelligence work for the U.S. military in East Germany at the height of the Cold War. She undertook operations just a few miles away from the vast majority of her living relatives. But she could not contact them or visit them. They were sealed in amber by top-down, militarized socialism.

The Wall Comes Down

Of course, we know the ending. The reformer Mikhail Gorbachev came to power in the Soviet Union. It had been worn down economically by the need to match President Ronald Reagan’s re-armament. Reagan fiercely hated Communism. But he could see Gorbachev’s sincere desire for change. The two leaders negotiated their way back from the brink of military confrontation. Meanwhile Gorbachev’s attempts to tweak socialism backfired. He slightly reduced the coercion it used against its citizens. But things worked worse instead of better. It soon became clear to all that Communism can’t be reformed. It only barely works by using the maximal force to repress human nature. The effort to give it a “human face” reveals one thing: that the system is a zombie, stumbling on the edge of its own historical grave.

Forty Autumns is a moving, truthful, and finally hopeful book. It shows in vivid family portraits how the human spirit can survive in hostile conditions. Then how a family can reunite after a bitter political exile. It’s a powerful read for anyone. But it would make the perfect stocking stuffer for that nephew or niece who bought a Che Guevara t-shirt via his shiny new iPhone X.