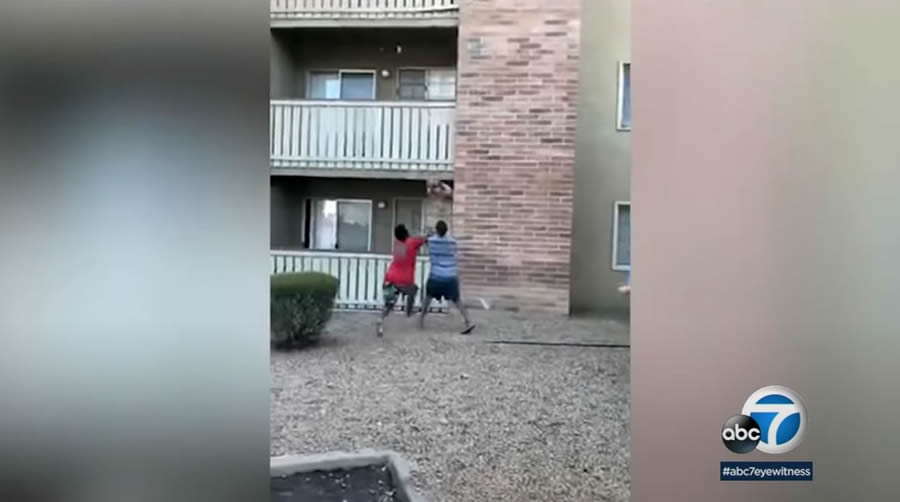 A former college football wide receiver and Marine made the catch of his life earlier this month when a 3-year-old boy was dropped from a balcony of an apartment engulfed in flames.

Phillip Blanks, 28, heard some noise on July 3 outside an apartment complex in Phoenix, Arizona. When he heard someone yell “fire,” he ran outside barefoot to see what was happening. It was then that he saw an apartment on fire and a woman getting ready to toss her toddler over the balcony.

“He was twirling in the air like a propeller,” he told ABC7 Eyewitness News. “His head landed perfectly on my elbow. His ankle got twisted up as I was diving. The guy who was there with me — it looked like he wasn’t going to catch him. So that’s why I stepped in. I just wanted to make a better catch.”

Blanks said he’d prepared for this day through his football and military experiences. “I think God has put me on this path for that.”

After dropping her son, 30-year-old Rachel Long ran back inside to save her daughter. Long died in the fire. Another good Samaritan kicked in the apartment door and rescued the little girl.

Both children were taken to the hospital with burns, but are expected to survive.