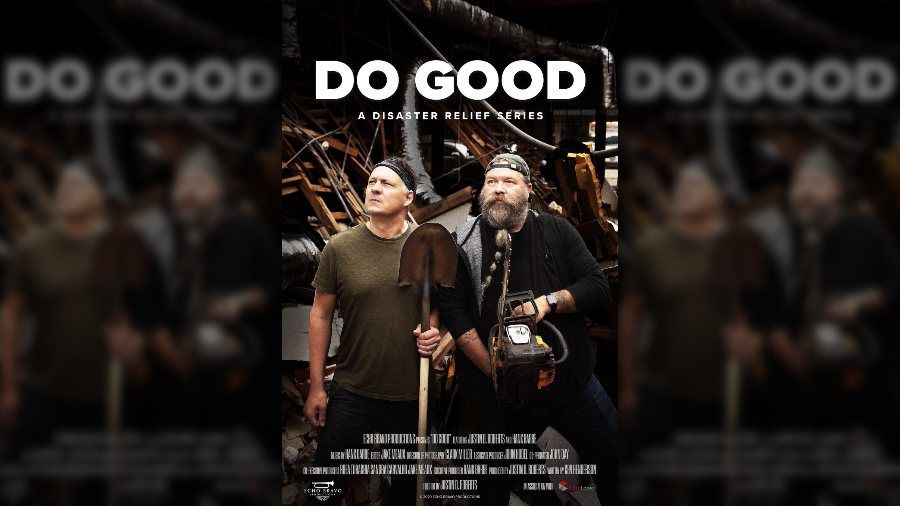 Hank Barbe, a former flight medic in the Army, drove his truck into a telephone pole. He wanted to die. “But I didn’t die,” he told The Stream. “So, that’s good.” His pickup truck was hauled away on two tow trucks. “I always say that it was the hand of God that came down and saved me, but He was mad at me and His hand was hard as a rock and He slapped me stupid!”

In 2017, Justin “Chappy” Roberts, a filmmaker, released a documentary called No Greater Love about his time in the military as a chaplain. It was screened at the White House and Congress. But he wasn’t sure that was his purpose. “And so, I was kind of lost for a bit.”

Like many veterans, Barbe and Roberts suffered from Post-Traumatic Stress Disorder (PTSD) and depression when they got out of the military.

Barbe, 47, and Roberts, 41, met at an event for veterans in DC. Barbe, a rock and roll musician, had a gig there. The two realized that they had a lot in common. Both dealt with PTSD and depression. A friendship grew, and they began to have morning calls so they could talk through their struggles. During one of their calls, they discussed what they could do with their different talents to help people. “We felt like we were at our best when we were helping people,” said Roberts. He and Barbe came up with the idea of Do Good during a meeting the two had at Barbe’s house in Texas.

When Hurricane Laura hit southwest Louisiana — destroying Roberts’ Lake Charles home —the men knew that their newest mission had begun. “All of a sudden we had a mission, like we were back in business,” Barbe said. “The chaplain and the medic in us was back in business.” They moved forward on their idea for Do Good. Roberts explained:

So the idea of Do Good is it’s a storytelling engine that does good for those who do good. When we came back [after] hurricane Laura and then eventually hurricane Delta, we started looking for the people who were making an impact and a difference, who were on the front lines of feeding people, helping people, saving people’s lives. And so, we found those heroes, you know, all across this area who are making incredible sacrifices.”

Some of those making sacrifices had lost their own home in the storm. But, they put their lives on hold to help others. Roberts continued:

And so, you saw … these amazing acts of kindness and sacrifice that were happening. [S]o, we started capturing those stories, recording them, interviewing people. That way we could then turn around and tell those stories and try to raise direct support for their nonprofits.

How to Do Good

Roberts and Barbe will donate the monetization of views on YouTube to the charities they cover in their storytelling. Roberts said that since COVID, many people don’t have money to give to nonprofits. “So, this is a unique way to raise support in the time when people financially aren’t able to give. That way, just by watching and sharing this series, they can do good and raise direct support for these organizations.”

Roberts and Barbe will release a 10-part series on YouTube covering various charities. So far, two episodes — “Do Good Begins” and “A Good Navy” — have been released. A third, featuring Compassion Kind, will be released on YouTube April 23. “These are the organizations that we came across, that we saw at the front lines making a difference,” said Roberts. “And these stories are inspiring. You know, they renew your faith in humanity, which is desperately needed right now.”

Jesus in the Desert: A Christian Approach to Trauma