Many have argued that policies designed to reduce carbon dioxide emissions will increase the cost of energy and so disproportionately harm the poor. But economist Chad Stone argues otherwise in a recent article in US News & World Report. A “carbon tax,” he claims,“raises revenues that policymakers can use to offset that hit to the budgets of those low-income households.”

There are big problems with this claim, bigger than the dubious assumptions that Washington would keep a “carbon tax” revenue neutral and that government subsidies and wealth redistribution are good things.

Let’s start with a technical but important point. Stone writes of a “carbon tax,” just as many others speak of “carbon pollution.”

But carbon dioxide (CO2) is neither carbon nor pollution. Carbon is a black solid element that, in the form of fine soot particles, can cause respiratory diseases. Carbon dioxide is a compound, not an element, and is an odorless, colorless gas that is non-toxic at any concentration and non-dangerous at concentrations 20 times the current 400 parts per million (ppm) in our atmosphere.

To call CO2 “carbon pollution” is not only bad chemistry and bad toxicology but also bad biology. Carbon dioxide is essential to all plant growth. The higher its concentration, the better plants grow. Below 170 ppm, plants die. At the roughly 280 ppm at the start of the Industrial Revolution, plants are “sucking air,” so to speak — barely getting enough. At today’s 400 ppm, plants grow much better — so much better that a study by researchers at the Technische Universität München found forests around the world growing up to 70 percent faster today than 50 years ago because of it. Earth is literally greening because of added CO2.

Plants will grow still better as CO2 concentration continues to rise. Thousands of empirical studies, as opposed to mere models, have found that, on average, for every doubling of CO2 concentration in the atmosphere, there is about a 35 percent increase in the efficiency of plant growth. Plants grow better in wetter and drier soils and in warmer and colder temperatures, widening their ranges and increasing their adaptability to climate changes, reducing the risk of biodiversity loss. They make better use of soil nutrients, better resist diseases and pests, and improve the ratio of fruit to fiber.

The consequence is more food for plant-eaters and eaters of plant eaters — i.e., for pretty much everything. Most importantly, it means more affordable food for the world’s poor. 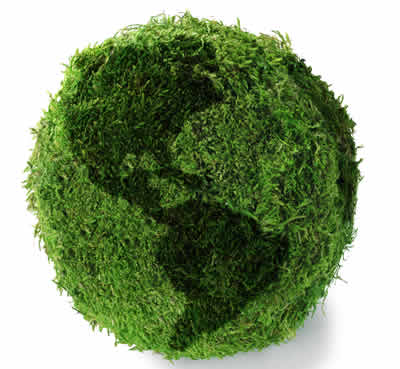 A review of the refereed literature on the subject found “the … monetary value of this benefit amount[ed] to a total sum of $3.2 trillion over the 50-year period 1961–2011. Projecting the monetary value … forward … reveals it will likely bestow an additional $9.8 trillion on crop production between now and 2050.”

So honest, well-informed discussion of any policy — cap and trade, “carbon tax,” renewable mandates, etc. — to reduce CO2 emissions should first recognize the benefits of increasing its concentration in the atmosphere, not just for people but for all animals. Any rationale for reducing emissions must prove that they exact a cost that outweighs this benefit.

Of course advocates have their answer: the negative effects of the warming that added atmospheric CO2 will cause.

That takes us to the nub of the controversy: How much does added CO2 warm the atmosphere?

People who haven’t followed the scientific discussion recently generally assume the answer is, “A lot — as everybody knows.”

Those who know something of the debate may cite the “best estimate” offered by the U.N. Intergovernmental Panel on Climate Change (IPCC)of “climate sensitivity”: 3˚ C.  A few can even cite the range the IPCC gave in its first four Assessment Reports: 2.0–4.5˚ C. (Technical point: climate sensitivity refers to net warming of the atmosphere at equilibrium [which could take two or three centuries to reach] from doubling atmospheric CO2.)

Fewer know that the IPCC reduced the lower end of that range to 1.5˚ C in its Fifth Assessment Report. That’s significant because it contradicts the IPCC’s claim in this most recent report that it’s now five percent more confident that human activity had caused “most” of the warming since 1950. But since they have reduced the lower bound of the “climate sensitivity” range, that means that those scientists are less confident now than they were before that they know just how much added CO2 will warm the atmosphere.

In any case, the IPCC’s estimate of so-called “climate sensitivity” rests solely on the output of computer climate models, not on observations of the actual climate. Sure, climate models are some of the most sophisticated ever created, and they run on some of the world’s most powerful computers. But don’t let that fool you. Their output is not data (raw observations of the external world) or evidence but hypotheses. And when they are tested against the evidence, they fail.

On average, they predict twice the warming observed over the relevant period. Over 95 percent predict more warming than observed, implying that their errors are not random (in which case they’d simulate more and less warming about equally often) but driven, intentionally or not, by a bias. And none predicted the complete absence of warming over the last 18 years and 8 months.

Not surprisingly, top climate scientists have been reassessing “climate sensitivity” for the last five years or so, basing their new estimates not on models but on empirical observation. They’re tending, as the Cornwall Alliance for the Stewardship of Creation reported last year, toward estimates in the range of 0.3–1.0˚C (Nongovernmental International Panel on Climate Change) or 1.25–3.0˚C with a best estimate of 1.75˚. At those lower ranges, the “impacts” of “climate change” dwindle, and benefits might well outweigh costs.

Now we’re back to the costs of artificially reducing CO2 emissions. These emissions are the result of our use of fossil fuels, which comprise over 85 percent of our energy. For the rest of this century they probably will continue to be our best source for abundant, affordable, reliable energy. That makes them indispensable to any flourishing society. Forcing a country to substitute wind, solar, and biofuels means raising the cost and reducing the quantity and the reliability of available energy, which means slowing, stopping, or reversing mankind’s emergence from poverty.

Forcing reductions in CO2 emissions, then, has steep costs and few if any benefits: this is not a policy anyone should willingly embrace.