For Race-Baiters, Whites Are the New ‘Jews’ 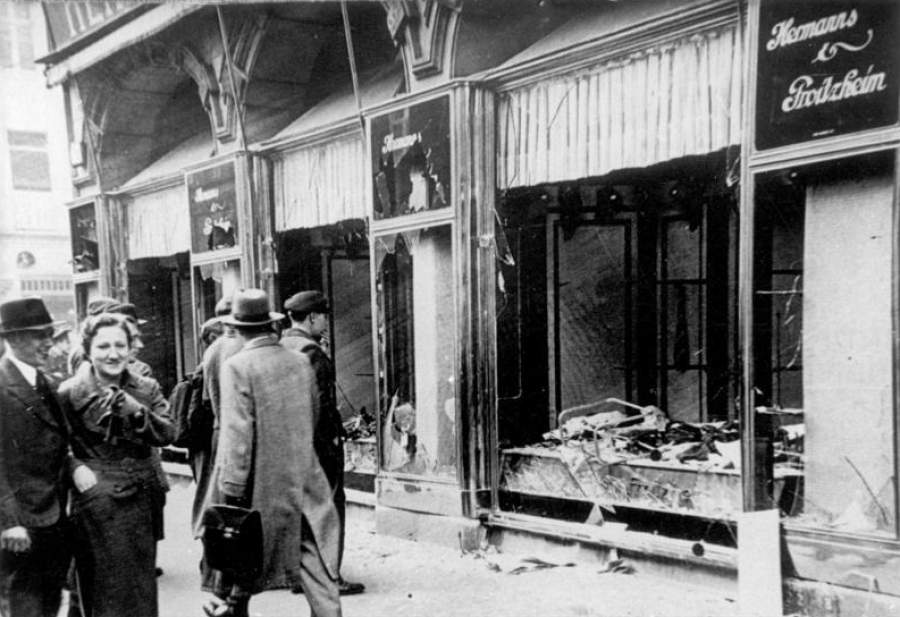 One of my favorite sources for long, thoughtful pieces nowadays is The American Mind. It just published a column that shatters old, stale paradigms. It points to the dangerous fault lines along which our country is splitting, and exposes the bitter motives of leftist racial warriors. Go read it yourself, I urge you: “‘Whiteness’ is an Antisemitic Trope,” by Seth Barron.

The piece unravels quite a number of otherwise puzzling political phenomena. Have you ever wondered why

Something Even Worse Than Marxism

Barron explains all that and more. His argument is unsettling, but sadly seems irrefutable. The left has had to abandon the form and content of classical Marxism for something even more primitive and wicked. They’ve replaced envy-driven hatred between the classes with naked racial, tribal, and even sexual hatred. (See Trans activists’ frenzy at complaints by genuine … women.)

I’ve noted here that anti-white rhetoric on the left recalls the vile hate that Rwandan Hutus used toward Tutsis, and Russian Bolsheviks aimed at hard-working “kulaks” in the Ukraine. Barron goes a step further. He notices, correctly, that the left feels free to talk about white people the way the Nazis talked about Jews.

The Nazis couldn’t imagine a Jew who could be a faithful German — not even those thousands who won Iron Crosses fighting for Germany in World War I. Likewise, the theorists of Anti-Racism insist that no white person can ever be free from the taint of racism. He can spend his life cringing and begging for forgiveness (like those few, misguided Jews who actually tried to join the Nazi party). But he’ll never get it. The guilt is intrinsic, in the blood or the skin.

Barron’s analysis here echoes the book-length studies of the mutating modern left by the brilliant right-wing scholar Paul Gottfried. See The Strange Death of Marxism and his new Antifascism: The Course of a Crusade.

The left has finally acknowledged it. Marxism offers nothing to the people it hopes to recruit. The workers have wanted nothing to do with it since 1945 at least. The proletariat doesn’t seek help from pointy-headed activists who condescend to take an interest in its problems — in return for hijacking labor unions, attacking the churches, and imposing a grim German materialism as an all-consuming world view. The workers want … flat screen TVs, decent health care, usable schools, and a modicum of job security. They also want safe streets, gun rights, law and order, and the right to sing their National Anthem without being shamed.

So the left doesn’t want the workers. It has written them off as a loss. Let them die off from fentanyl and black lung disease, and be replaced. Herd in more Muslim refugees, desperate escapees from Latin America, and anyone else who happens to show up at the border. Neither does the legacy Republican party care about U.S. workers. Where Hillary Clinton sneered at the “deplorables,” Mitt Romney scoffed at the working poor who don’t pay enough income tax. (Those who still have jobs, since Mitt didn’t get around to raiding and wrecking their companies.)

MAGA: The Movement of the Dispossessed

The populist movement that rallied to Donald Trump is the voice of those Americans whom the elite of neither party gives a tinker’s cuss about. The kind of people who still join the military, homeschool their kids, speak in tongues, picket abortion clinics, go to NASCAR races, and listen to Lynyrd Skynyrd. If Hillary and Mitt had their way, such folk would go as extinct as the Dodo bird. You’d find some, taxidermied, in the Museum of Natural History, posed in dioramas, still clutching their guns and Bibles.

You can see leftist hate in its raw form when the mobs deploy, to loot a neighborhood, or demand the head of a Kyle Rittenhouse or a Jake Gardner. It appears in cold, bureaucratic uniform when the Biden Justice Department waives most charges against BLM and Antifa rioters, while January 6 “trespassers” rot in solitary confinement.

On Time for Work? That’s Racist!

As Barron points out, American Jews will not be exempted from the general anti-white hatred. In fact, they will be disproportionately targeted. They’re just too prominent, successful, bookish, and punctual … . Jews more than most “Deplorables” embody the “white culture” denounced by angry race hustlers, like the management team at the Smithsonian’s National Museum of African-American History. Remember their training materials, which denounced basic, civilized professional workplace behavior and expectations as tainted by racist stereotypes?

Of course, the racist hate, stereotypes, divisiveness and violence are all on the left these days. The accusations hurled at the rest of us? They’re just a smoke-screen for the bigotry the left hopes to get away with.

God help us if they do. Maybe we all need to sit down and watch Hotel Rwanda.