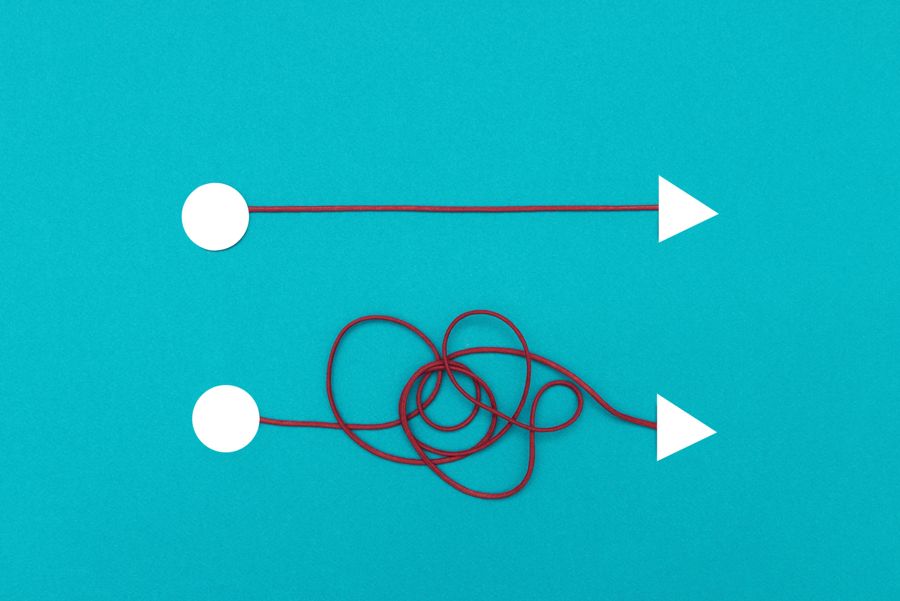 Beware the person who says things are more simple than they are. Beware of saying it yourself. A foolish simplicity is the hobgoblin of stunted minds.

I saw some examples this week: Church attendance has dropped to its lowest level in decades, and “the reason” is Evangelicals’ politics. Or, Christians think “thoughts and prayers” will stop gun violence, but look where it’s getting them!  These people love to grind everything down to one obviously stupid thing they can say about their opponents. The great problem is that they can’t do it without saying something obviously stupid themselves.

Don’t get puffed up, though. Christians make the same mistake, too. Here’s a common one: “You’re only an atheist so you can have all the sex you want.” Maybe Aldous Huxley in his youth wanted atheism for that reason, and maybe the person you’re talking to says she does, too. Otherwise you’re just guessing, and you’re doing it simplistically, one-dimensionally.

Worse yet, “Homosexuality disproves evolution, because evolution is all about maximum reproduction.” Trust me, the evolutionists have thought about that one. Plenty — and it isn’t even hard. Such stunted simplicity will do the faith no good at all — not to mention your reputation.

I’m not saying every one-word answer is necessarily false. Some issues resolve all the way down to first principles of God, sin, and human responsibility; so if you wanted to, you could state them in a word or two. Each of those, though, is worth entire libraries of books, so even though you can name them in a word, they’re never actually as simple as that.

And yes, sometimes it’s okay to summarize. Example: “Soviet communism was evil.” True enough, but how many millions of human stories do those four words contain? It’s okay to group and label things, too, if we do it mindfully, always remembering the reality that sits behind the label.

But There Must Be Some Payoff to Foolish Simplicity

For some reason, though, humans tend to want to simplify complex things as if there were nothing interesting to them at all. Often they’ll use it as a tactic to make their opponents look bad. There must be some payoff to misrepresenting matters that way, or they wouldn’t stoop to making themselves look so foolish.

Consider the cartoon I linked to above, which the cartoonist titled “Feeding the Beast.” The point seems to be that there’s no causal relationship proving that X hours of prayer will reduce mass shootings by Y percent. The other point seems to be that if Christians weren’t so stupid, we’d have noticed by now that God doesn’t dispense prayer answers like a heavenly vending machine.. Hey, it’s only been a couple thousand years. We must be pretty slow about these sorts of things.

I would note in passing that we haven’t tried the experiment where Christians stopped praying for a month. We’re not about to, either, because people who pray know it’s not about pulling divine puppet-strings.

We also know that a mass shooting brings about more things to pray about about than merely (simplistically) preventing the next one. There’s the spiritual condition of the survivors and of victims’ families, physical healing for the wounded, and the nation’s cultural and political response to it all. And from nearly direct personal contact (I have friends who were near neighbors to the 2019 Dayton shooter) I can tell you many prayed for the shooter’s family, too.

How Not to Play Foolish Games With Them

Still they play their games. How do we play along with them? We don’t.

I mean that in two ways. First, don’t make the same small-minded mistake of treating your opponents as simple-minded or stupid. They may be wrong, certainly. But to treat them as if they haven’t thought things through is nearly always a mistake. It leads either to missing the real strength that might exist in what they’re saying, or to treating them as less than human, or else to both.

And you don’t want to participate in their game another way: by letting them set the rules of engagement. That’s almost always a mistake, too. I’m reminded of a story I heard from a missionary some 35 to 40 years ago, about a tribal shaman who wanted to confront the Christians’ God in a power showdown. The missionary agreed. The shaman did some magic thing or other, and caused a heavy brick to levitate several inches. The missionary didn’t say, “My God can lift it even higher!” He prayed, “God, show your power, and prevent this man from being able to make that happen again.” God answered. The brick stayed flat on the table from then on. And the game was over.

I don’t have details to prove that really happened — 35-plus years is a long time to remember such things — but I trust the point comes across regardless: Don’t let them set the rules. They want to make us look stupid? One way they can do that is by catching us in empty or hypocritical answers like, “Hey, that’s not fair!” or “You idiot!” If they don’t win with the silly cartoon, they’ll still win if you answer that way — because you’re going along with a silly game.

Get Them on Ground You Want Them On

“You’re right, in a way: If Christianity really were that mindless and stupid, I wouldn’t believe it either. Hardly anyone would. But that’s not Christianity; it’s your own false version of a religion. You’ve successfully made up your own faith, and just as successfully proved it isn’t true. Congratulations! Except I’m having trouble seeing what makes a game like that so interesting you’d care to spend time on it. I’d be bored, myself. Why don’t you try learning what Christianity really teaches? Then if you still disagree, you’ll at least be disagreeing with something other than your own straw man.”

That answer shifts you completely out of their “Christianity is stupid” game. It gives them reason to recognize that what they were mocking wasn’t even Christianity, and it invites them to find out the facts. Sure, there’s a bit of a dig in there: “I’d be bored, myself,” and so on. But there’s nothing false or unfair about it. And it puts them on ground we want them on, without being the least bit simplistic about it. You might even get them started really thinking for a change.

Don’t Get Sucked Into Their Simplistic Games

You can do the same with all kinds of issues. During Donald Trump’s presidency, people said Christians followed him hypocritically. “How can you vote for a president who’s done such awful things?” Well, it turns out the situation wasn’t that simple, and neither are most Christians. Most of us who followed Trump supported him only in areas where we agreed with him. We also criticized him where he made major mistakes, and we thanked God he wasn’t Hillary Clinton. That’s not hypocrisy, it’s practicing the mature mental skill of holding two conflicting (though not contradictory) thoughts in tension.

The simple-minded do not seem to do that. Granted, some of those who use these simple anti-Christian slogans aren’t as simple-minded as they might appear. They’re practicing a seemingly successful rhetorical strategy instead. But that strategic success still depends on feeding simple-mindedness.

I expect they’ll keep on doing it, thinking it’s working, until someday it collapses under them. Don’t get sucked in with them; don’t get taken down. Don’t play their simplistic games. Do them a favor instead: Make them think.