Stream Series: The Books That Formed Me: Love Stories, Nonfiction and Apologetics 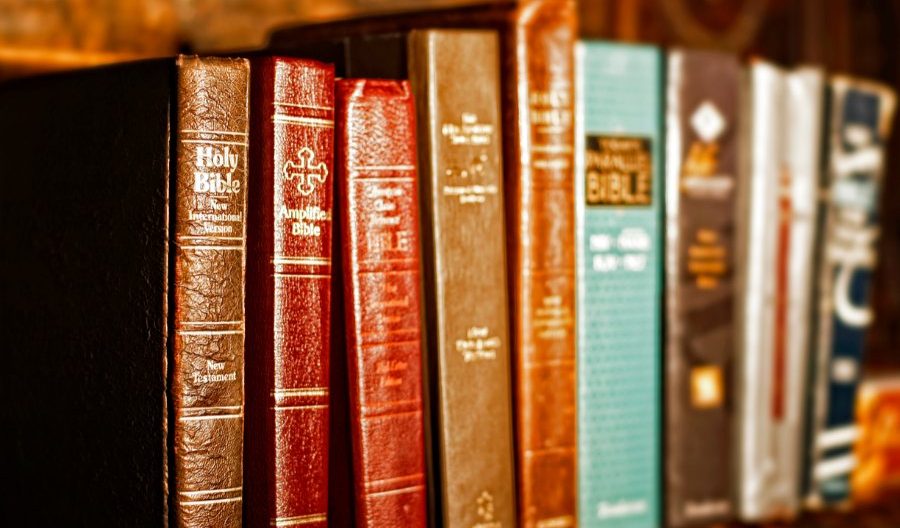 This is one of my favorite fictional love stories. Full disclosure: I’m a sappy love story kind of girl. I especially like the stories that make me cry. The author has touched something in me that gets the tears flowing (okay, so sometimes I even cry at commercials).

Francena H. Arnold’s Not My Will is a tear-jerker, so have your tissues handy. This is a story about a young woman who finds love but must keep it secret because of the terms of her aunt’s will. The will stated that she could not receive her inheritance if she married before 25 years of age. The man she married before she turned 25 was a Christian — she was not. He wanted to lead her to Christ but she wasn’t interested.

After a devastating tragedy, the young woman — who was pregnant — chose to put her child up for adoption. The young woman’s journey takes her from fear to grief and finally, back to love. She found Who she was looking for and dedicated her life to Christ. The ending has a twist, but I won’t spoil it.

As a young reader — I was probably a teenager when I read it — this book changed me. Not only because I love love stories, but also because the book was about a young woman who finally finds Christ after a series of painful events. It demonstrated that there is hope after devastation and that Christ is the One Who heals. It also showed me that when we surrender to God’s will, we will find all that we need and more.

The Hiding Place is an autobiography of Corrie ten Boom’s life. This Christian classic details how, during the Holocaust, Corrie’s family helped hide Jews in a secret room in their house. This book is full of wise advice. One of my favorite quotes is from Betsie ten Boom, Corrie’s older sister. One night Corrie couldn’t sleep. War planes in dogfights buzzed overhead. Then she heard her sister making tea in the kitchen. She joined her for tea. They talked for an hour until the skies became quiet.

This is the third in The Stream’s summer 2019 “Books That Formed Me” series. Editors, writers, and friends of The Stream will share the books that helped make them who they are. See Managing Editor Al Perrotta’s list here and staff writer Aliya Kuykendall’s list here.

When she returned to her bed, she found shrapnel on her pillow. She raced downstairs and told Betsie. “Betsie, if I hadn’t heard you in the kitchen —.” Betsie put her finger to Corrie’s lips. “Don’t say it, Corrie! There are no ‘if’s’ in God’s world. And no places that are safer than other places. The center of His will is our only safety — O Corrie, let us pray that we may always know it!”

I love that quote. It was a reminder to always stay in His will. Besides detailing a historical event, The Hiding Place showed me what it meant to follow Jesus during hard times and what that looked like for Corrie’s family. In their case, it meant following Jesus even when it cost them their lives.

I am trying here to prevent anyone saying the really foolish thing that people often say about [Jesus]: “I’m ready to accept Jesus as a great moral teacher, but I don’t accept His claim to be God.” That is the one thing we must not say. A man who was merely a man and said the sort of things Jesus said would not be a great moral teacher. He would either be a lunatic — on a level with the man who says he is a poached egg — or else he would be the Devil of Hell.

You must make your choice. Either this man was, and is, the Son of God: or else a madman or something worse. You can shut Him up for a fool, you can spit at Him and kill Him as a demon; or you can fall at His feet and call Him Lord and God. But let us not come with any patronizing nonsense about His being a great human teacher. He has not left that open to us. He did not intend to.

Reading C.S. Lewis helped me think critically and deeply about theology. This book was also on my reading list for a theology class I took in my PhD program. In a straightforward manner, Lewis presents arguments for what he calls the Law of Nature as well as the case for Christianity. This helped to strengthen my faith by shoring up arguments and providing logical answers to perplexing questions.

These are my top three books, which I’ve read multiple times. They’ve helped me grow into the person I am now. Perhaps they will help you. What are the books that formed you?

‘Dead White Males,’ Diversity, and a Goal for Reading Old Books in 2020

Splinter Versus Beam — What Did Jesus Mean?

Puppies, Trucks, Pajamas and Other Stories I’d Rather be Reading