Of Flesh Markets and Egg Donations 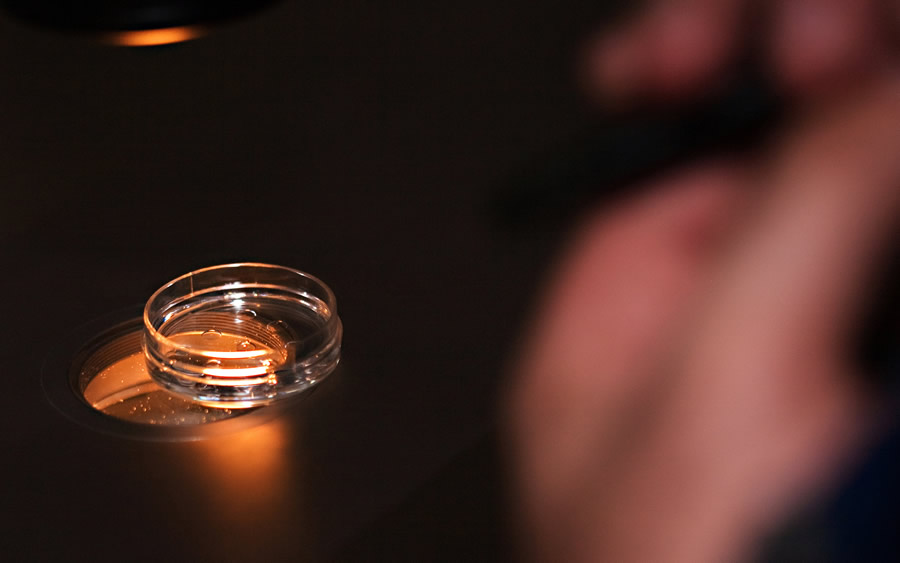 No, I’ve never been approached by slave traders or perverts on the street offering me cash for my kid. I’m not even a mother. But I keep getting offers in the form of online ads. Ads that ask me — as a young college-educated woman who meets other criteria — to “donate” eggs in exchange for a four or five-figure payment.

What if I Did It?

What would happen, if I did sell eggs?

My child or children would be raised by someone who did not have to go through an adoption-style screening process.

I’d never know how many children I had, or whether they were boys or girls.

I’d wonder whether every little girl I passed on the street was my daughter, whether she’d grow up to accidentally date her brother — my son. My children, whoever they were, would wonder the same.

Yes, technically egg donation isn’t selling a person. But when you “donate” an egg (or sperm) you sell someone’s fate, someone’s existence.

I’d never know if my children were being raised well or treated like dogs.

I’d wonder whether my children suffer because they know that they weren’t created in love by their mother and father to be received unconditionally with gratitude, but created in a lab by a mother (and father?) for cash, to be received by parent-customers who will examine the product to see if they got their money’s worth from a white, college-educated, healthy mother with the correct eye color, height, IQ, athletic abilities, etc.

All these are serious concerns. Yet the advertisers act like egg donation is a noble act, and a catch-free way to make a lot of money.

Yes, technically egg donation isn’t selling a person. The ovum isn’t a human, only half of the “ingredients” needed to make one. But when you “donate” an egg (or sperm) you sell someone’s fate, someone’s existence. It’s letting someone look you in the teeth like a horse, to guess your future prospects.

How is Choosing an Egg Donor Different Than Choosing a Spouse?

But when you choose a spouse, won’t you be choosing what your children will look like, who they will take after? How is choosing an egg donor any different?

First, when you decide to marry someone, you don’t wash your hands of responsibility for your offspring. You commit yourself to staying together and raising your children together.

Also, while superficial preferences might influence your choice of a spouse, if you are sensible you will also consider your beloved’s parenting abilities.

And even if on your wedding day you delight to think of how your children will resemble your spouse, that is probably more because you love your spouse than because you find his race and height desirable. In other words, you love him as himself, not as a means to an optimal product.

But egg and sperm donation are like adoption, and adoption is a good thing! Don’t pro-lifers always say “Choose adoption, the loving option”?

Adoption is about taking care of a child. People who put their babies up for adoption do so because they believe that an adoptive family will provide a better home for their child than they themselves can. (Yes, a woman might put her child up for adoption for selfish reasons, but it would still be more loving than aborting the child.)

And when a child is adopted, the adoptive parents are screened to filter out those who would likely mistreat the child. Egg and sperm recipients are not screened. Adoption is about loving a child; gamete donation is about treating children as a product for consumers.

What About Infertile Women?

What about infertile women? Don’t they deserve to bear children?

Some women can’t conceive a child. This is heartbreaking, and I never want to minimize that pain. However, the sad fact of life in this vale of tears is that we aren’t guaranteed everything we want. They at least have a path to parenthood, and a way to rescue a child who might otherwise become an orphan, by way of adoption. They even have a path to pregnancy and childbirth — adoption of a leftover embryo from someone’s IVF.

America realized eugenics and slave markets were evil. It’s time we realize the same about sperm and egg donation.

The desire of the infertile woman for a child of her own is a healthy desire, but some means of reaching that goal are not healthy or wholesome for any of the parties involved. Selecting and purchasing child-making parts dehumanizes a human being, turning a child into a commodity. It tempts the biological mother into monetizing something that she should view as sacred.

And it places the purchasing agent — the woman who will raise that child — in the position of consumer, with the expectation that her purchase will be satisfactory or … what? What happens when you pay for a smart, pretty, athletic, tall daughter, and end up with someone who falls short in some area? When you end up, in other words, with a normal ordinary child?

I suppose everyone wants smart, good-looking children. But children are people, not products. America realized eugenics and slave markets were evil. It’s time we realize the same about sperm and egg donation. Rating and appraising, buying and selling, these activities belong in the realm of things, not people.