Five Ways to Stay Sane With Insanity All Around Us 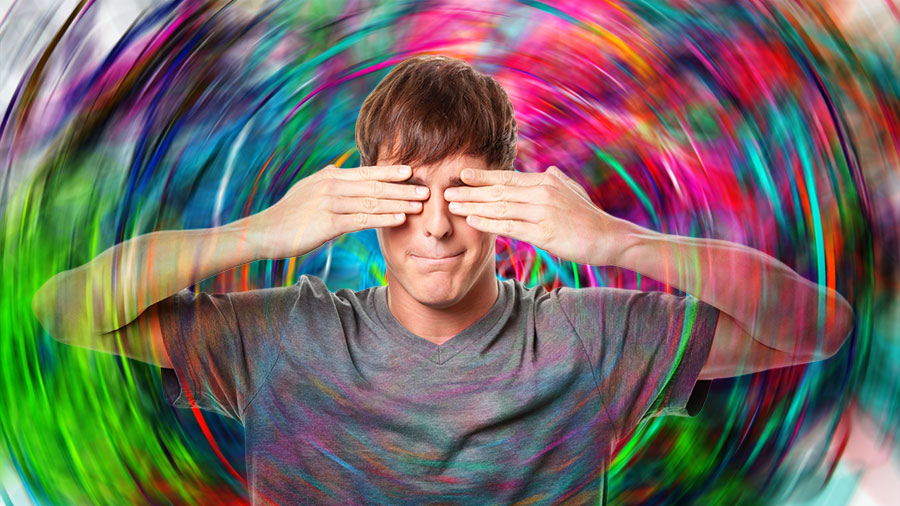 Two things disturbed me when I read Frank Turek’s Stream article on the religion of sex on college campuses. One was the course content he described. The other was how little it actually disturbed me. I heard myself thinking, “Yeah, that’s how bad it’s getting. Awful, isn’t it?” What I should have done instead was to wail out loud in grief and anger.

The problem is, I’ve grown to accustomed to it.

I heard a talk once by a senior naval officer who had been one of the longest-held American POWs in Vietnam. Because of his captivity he missed most of the 1960s. When he came home, the military gave him a briefing on what he’d missed. What then, you ask, was the effect of being exposed to that whole decade’s uprisings and moral changes at once? He left the room to go vomit. He hadn’t had the chance to get used to it gradually.

“Insanity” Is Literally the Right Word For It

Fast-forward to the end of 2017. You and I may be disturbed by the changes we’ve seen in marriage and morality. We may be bothered by higher education’s rampant support for every kind of perversity. We might recoil what’s coming out of Hollywood. We might even call it “insanity.” Do we truly grasp, though, how perfectly the word fits?

It isn’t a mere figure of speech. I won’t say it’s a medical description, since mental health professionals don’t use the word. But if it means what everyone thinks it means — being unhinged from reality, losing touch with real right and wrong, and so on — it’s spot-on.

Are we so carried away in our culture, we’ve lost track of how well the word “insanity” really fits?

Do we see how crazy it is that trans persons are being granted literal control over other people’s reality?

Do we recognize how unhinged an educator’s mind must be to teach a college course on “Vampires: Evolution of a Sexy Monster,” or “Contemporary In(queer)ies,” as Turek wrote? And to think this is helping prepare the next generation to lead?

Do you see the literal madness of governments forcing — that’s right, forcing! — people in the wedding service business to support, endorse, and join in celebrating the new institution called gay marriage?

Does it make your stomach ache? I’m beginning to feel it as I write. I’d call that a good sign.

Yes, They’re Trying To Make Us All Insane

Part of what’s going on here is a drive to normalize it all.

Part of what’s going on here is a drive to normalize it all. “Almost any behavior begins to look normal if you are exposed to enough of it at close quarters and among your acquaintances.” That’s a quote from a gay strategy paper written in 1987. They worked the strategy, and it worked. They’ve normalized all kinds of insanity.

And the strategy will keep working, if we let it. In a world where so many people with so many resources are working so hard to alter reality, we have to make a conscious effort to stay in touch with real reality.

Five Recommendations To Resist the Insanity

I have five suggestions to help us with that.

First, stay in touch with reality through God’s word. I anchor myself in the Bible. Its stories are as real as it gets. Biblical characters are presented with all their faults and errors, and with all their faith and greatness. Far beyond that, though, the Bible is our best point of knowledge and contact with God Himself. God doesn’t just know what’s real. He doesn’t just teach us what’s real. He is ultimate reality, and He defines reality for all His creation.

Second, read good literature, watch good movies, take in good art. You may have to go back a few decades or more to find it. But the arts are a window to the soul, and there are some souls who are more in touch with what’s true. They can help us in touch, too. There’s hardly anything more counter-cultural we could do today than to read Dostoyevski, Dickens or Shakespeare.

There’s hardly anything more counter-cultural we could do today than to read Dostoyevski, Dickens or Shakespeare.

Third, hang around with people who know what’s real. I’m thinking church here. But be sure it’s a solidly-anchored church. Some churches — not all, thank God! — have decided the new “reality” is better than the one God created for us. You and I need one that’s centered in God’s truth.

Fourth, seek a living encounter with God in Jesus Christ. If you already know Him, grow in Him not only through Scripture and fellowship but also through prayer. It will keep you sane. If you don’t have that relationship with Him, pursue it with all your heart.

Finally, resist going along with it. Don’t let yourself think it’s okay the way things are. Don’t go along with it. Say yes to reality and no to insanity.

Hold On To a Godly Attitude

Underlying all this, you and I must hold on to a godly attitude. There is insanity among us. What do compassionate, sane people do with the insane? They don’t mock them; that would be cruel. They are careful around them, lest they be unduly influenced or even injured in their presence.

Yet they also grieve for them in their struggles. They try to help. And they keep watch over their own sanity as they do so.