First Responders Honors Those Who Run Toward Danger, Explores Mental Health Issues of Those Who Serve 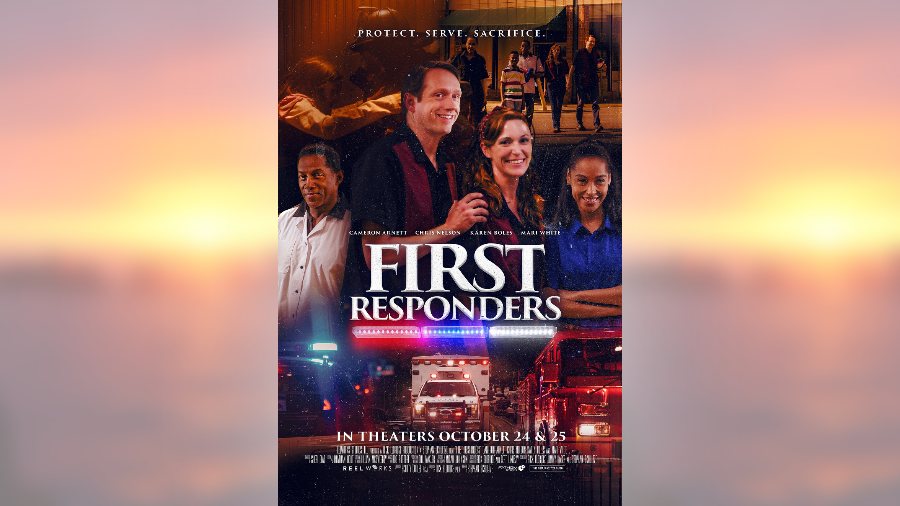 “We want to defund these guys that protect us and keep us safe and secure until we need them, and then we curse them because they’re not there quick enough. They’re not there to take care of things.” Writer and producer Rick Eldridge recently spoke with The Stream about his newest film, First Responders.

Eldridge, who also wrote and produced The Mulligan and produced the documentary Never Again?, wanted to honor first responders amid cancel culture and calls to defund the police. He began talking with people on another film set about the idea. “I just said, ‘Wow, we really need to do something to honor and give some kind of a human interest story to these first responders that literally give their lives for us every day.’ And so we started talking and bouncing that around, and that’s how First Responders started, through those conversations.”

The Toll It Takes

First Responders shows what fire fighters, police and EMTs go through — and the toll it takes on their families. The film tackles mental health issues like Post-Traumatic Stress Disorder, suicide and trauma. “So we told a story that is very much a human interest story. You get to see the interaction with families and see how they deal with these same sacrifices. You see some of the things that are kind of the byproduct of their job. We deal with hard subject matters like PTSD, which one of our characters is suffering from — those kinds of things.”

Eldridge said it was important to speak out on mental health issues, especially with first responders. “I think it’s something that all of us face at one level or another, whether it’s a family member or sometimes an issue ourselves. Here we have these heroes that are literally … as we are running away from danger, [they’re] running toward it and the things that they see sometimes when [they] roll up on a crash or are running into a building that’s burning and trying to save people from that building, some horrific things that become part of [their] mind. And [they] can’t just go home and check that on the shelf. It doesn’t just go away. So that was very important to share that and to have people understand the things that [they] deal with in this, in this way.”

Viewers can expect an authentic portrayal of the characters and the issues they face. “We were dealing with real-life issues. We wanted what happened to be authentic. … You’ll walk away with the real, hopefully, sense of respect and honor for these people, what they do for their families and the sacrifices that families make.”

First Responders will release to theaters for a two-night only showing October 24 and 25. For more information, click here.

New Documentary About 9/11 Told From the Perspective of Community Leaders, First Responders and Families of Victims Reminds Viewers to ‘Never Forget’