Strong Fathers, Strong Daughters shows how important the relationship between a father and his daughter is to her well-being. 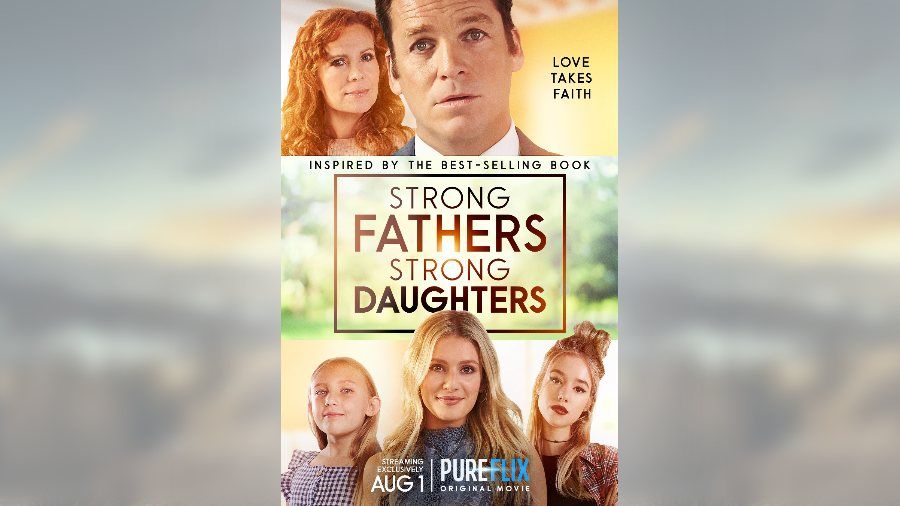 When actor Bart Johnson (High School Musical) read the script for Strong Fathers, Strong Daughters, he thought it was very much like his own life. “It felt so familiar. I mean, this guy is a dad of three kids. Well, I’m a dad of three kids. This guy is a coach. He’s a soccer coach for all his kids. Well, I do that. … [I]t’s just like a really nice, but real relatable family drama.”

Meg said she wrote the book because she was really concerned about “father bashing” and fathers being made the butt of jokes. The book elevates men, she told The Stream. “It focuses on fathers. It teaches them what they give their daughters, how important they are.” Pure Flix wanted to write a film based on the concept. “So, really, what they did is they were interested in taking the concepts of the book … each chapter, and then creating a story line and then making it into a [film]. And personally, I think they did a great job. I really like the movie.”

The movie stays true to the book. “There were scenes right out of my book. … I have a whole chapter on protect and defend her. And I think they did. I think they made fathers look strong.”

The Connection Between Fathers and God the Father

Plus, a direct connection exists between a girl’s father and her view of God. “If a girl trusts her father and loves her father, it’s going to be much easier for her to have a relationship with God and Christ,” said Meg. “If he doesn’t and he’s … kind of a creep, then the daughter may not want anything to do with God the Father. And I see that not infrequently.”

“We really loved the message,” said Robyn. “And it’s nice to be a part of something that the whole family can watch. And there’s a great message and [it] focuses on the importance of the relationship between the father and daughter.”

Fathers are Just as Important

“[W]e obviously we know that the center of the universe and the center of our home is the mother — she’s everything to our family,” said Bart. “And it’s just [as] important to remember that the father, we need the fathers there, we need them to show up and be there and to do what’s right by their kids and be great. We don’t need you just to be there. You should be great.”

Being a Strong Father

The takeaway of the film is that parents want to do the right thing for their kids, and they can do it. “You want to be a great parent,” explained Bart. “And being a strong father doesn’t necessarily mean what you think it means. … [O]ur idea of like what a strong father [is] doesn’t mean to be stubborn or heavy handed — that’s not what real strength is. Real strength is being compassionate and listening. Having unconditional love and checking your ego and checking your pride and, and managing your expectations and, and filling your heart full of gratitude and having faith and exercising your faith and being the dad that your kids need and not just the dad that you want to be. And that’s being a strong father.”

The Pain of Fatherlessness — Blair Linne on LIFE Today Live