Finding Happiness in a Man’s World: Women’s Definition of Success Might Be Different

Why are women more likely to work part-time, if given the choice? 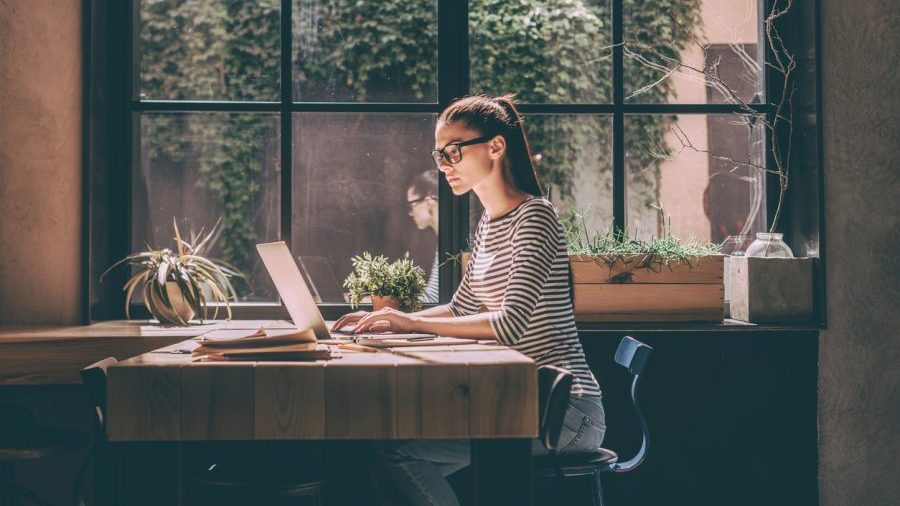 It’s a man’s world, and women are unhappy in it. That’s according to psychologist and author Susan Pinker. Her essay on men and women’s differing definitions of success appeared in the Institute for Family Studies blog Tuesday.

The essay draws on her 2008 book The Sexual Paradox. It is based on a contribution to a member of the European Parliament earlier this year.

Men and women ought to have equal opportunities to follow their dreams. But often, Pinker argues, society pressures women to define their success by men’s standards. In a perfect world, women might measure their success in different ways.

As an example, she points to the Netherlands. Thanks to a 2000 law, Dutch workers aren’t penalized for scaling back from full-time to part-time. Women especially take advantage of this. Seventy-six percent of women in the Netherlands work part time. And it’s not only because of their children; two-thirds of those women have none at home. Only 25 percent of men work part-time, even though the law protects their ability to do so.

Why are women more likely to work part time, if given the choice? According to Pinker, it comes down to biological differences.

Women are more likely to prioritize relationships, as well as hobbies, than men. This makes sense. Women typically have a wider range of interests than men. They also tend to focus on bettering the community, while men zero in on personal achievement.

Pinker quotes experts Camilla Benbow, David Lubinski, and Harrison Kells. “Collectively, men were more focused on their personal advancement and on the creation of concrete products,” they write. Women, they say, are “more interested in keeping society vibrant and healthy.”

The careers men and women often choose reflect these differences. A study by Benbow, Lubinksi and Kells tracked intellectually gifted 13-year-olds who scored in the top 1 percentile in mathematical ability. Years later, more women chose careers in health, education, business, finance, medicine and law. Men were more likely to have chosen IT and STEM careers, or have ended up in CEO positions.

“It is still taboo to express the idea that many women find happiness and fulfillment in ways that might diverge from the male norm.” — Susan Pinker

Pinker notes the modern push for women to fill STEM positions, contending this is proof that men’s choices are valued more than women’s.

The amount of time spent at one’s job also reveals differences. “Gifted men devoted 11 more hours to work per week, for the last 15 years than did women, even when both worked full time,” Pinker writes.

Further, 30 percent of women would rather work less than full time at their “ideal job.” Only 7 percent of men agree.

We Can’t Talk About This

Few people in advanced nations doubt women’s ability to succeed in whatever field of work they choose. Women continue to break glass ceilings in the corporate, political, entertainment, military and STEM worlds. And they should be congratulated. But as Pinker demonstrates, studies show us that, on average, a woman’s idea of success is more rounded than the traditional, male-made ideal.

Yes, women should be encouraged to become CEOs or work in Silicon Valley if that’s what they want. And if not? They shouldn’t be discouraged from opting to devote more time to family, volunteer work or lower-paying yet fulfilling jobs. But too often, they are.

They’re told they’re not reaching their full potential, not making a difference, not doing anything important because their paycheck is less than the average man’s. Or because they wanted to take a break from full time work to raise their children. Or because they don’t want to spend every waking hour at the office.

In fact, discussing this topic is “taboo,” Pinker says. Even more so than when she published The Sexual Paradox nine years ago.

Why? “Whether any differences between male and female behavior exist at all in nature has become a highly politicized topic.” Now, many argue “for complete gender fluidity.”

Feminists As Much As Misogynists

Pinker acknowledges that women have historically received the short end of the stick. That may be why people reject scientific studies revealing biological differences between the sexes, she says. They may be remembering past injustices. But “name-calling does not negate empirical findings that make us uncomfortable,” she writes.

And in the end, this refusal to face facts hurts women. It forces women to define their success and satisfaction by men’s standards, regardless of what nature has to say about it. In their pursuit of an sexually “equal” society, feminists do this as much as misogynists. They send the message that every woman must adopt a male mindset in order for her work to be valued equally. That isn’t liberation; it’s degradation.

“We will become a gender-neutral society — even if, paradoxically, the default is still assumed to be male for both sexes,” Pinker writes.

Is that really what women want?

Gaining Perspective in a Quarter-Life Crisis