Final Thoughts on God, Guns, and the Government 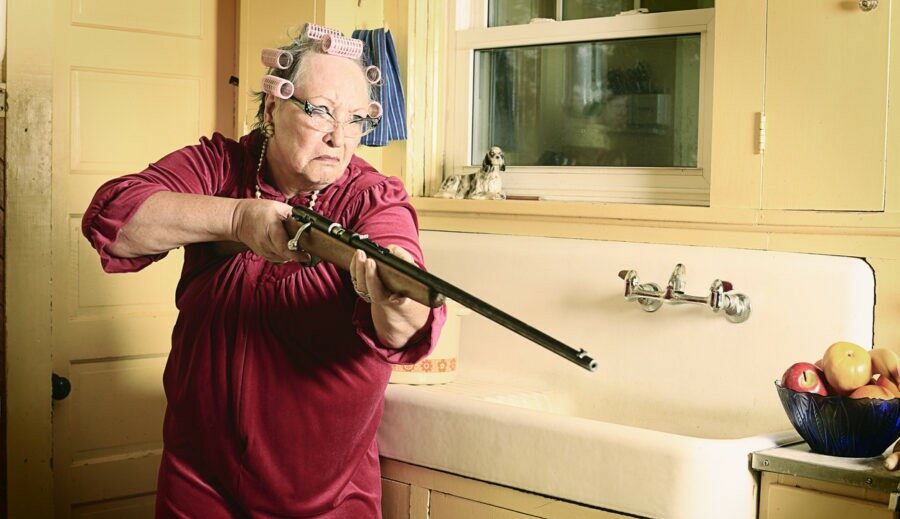 All through this series I’ve been writing at The Stream over the past year and a half, which soon will form a book, I’ve struggled to articulate the correct way for Christians to form their consciences as citizens in a modern, post-Christian context. As it draws to a close, after surveying thousands of years of history, both Testaments of scripture, the growth of authoritative Church tradition, and the profound political changes wrought on the West by the Christian view of the person, is there a simple message to sum it all up?

The answer is yes. There is a message, and better still, a method for any principled person to use when considering complex moral issues. First the message:

Freedom in the sense we take for granted, based on individual rights, only arose in the West, and only the Christian West. That’s not an accident. The Christian roots of our regime of ordered liberty are no mere primitive “phase” that we can grow out of, or a skin we can shed as we grow. No, the Christian view of the person is the soil where liberty sprouted. It feeds our liberty, and it keeps it alive. Yank the tree out of the soil, and the leaves will stay green for a while, but it’s as good as dead already. That’s the stage where we are today, still staring at the leaves as the tree gasps for its life. It never “outgrows” its need for water and nutrients.

The only sane way to think about politics in the tradition of our Christian ancestors, the ones who created this system of freedom, is to consider first the human person as revealed to us by God in both Testaments, and then think through the implications of that human dignity for life in society.

The Phony Logic of Progressive Christians

Too few people today remember how to do that. Instead they do something else. By describing their faulty mode of reasoning I can reveal the Method promised above, the rational calculus you can use yourself in any new situation, on each political question as it arises, to arrive at your own faithful answers.

Since our argument here has centered on the question of using violence in self-defense, either against individual aggressors or the institutionalized violence of some tyrannical state, let’s unfold the Method in that context. What are the political implications of Jesus’ injunction to “turn the other cheek”?

The manner in which Progressive Christians habitually answer such questions can best be described as follows:

Pitting God the Son Against His Father

Let’s call this the Marcionite maneuver, since it mimics the thinking of the Church’s first great heretic, who thought it a waste of time to try to reconcile what he saw as the clumsy, violent Yahweh of the Old Testament with the Jesus he thought he saw in the New. Instead, we must see Jesus as a revolutionary come to overthrow every tradition, abolish every Law, and outrage our reason itself. Those are all artifacts of the bumbling Demiurge who created the material universe. Jesus came to set us free, as pure and radical spirits. And as such pure spirits, we have no responsibility for the real-world chaos that our political stances predictably unleash. We’re above such questions.

Believe it or not, that is the method employed, albeit unconsciously, by every Progressive Christian. It may not yield coherent or helpful answers about how to apply Christian morality to questions of politics. But that’s okay. It provides emotional uplift to the person engaged in it, and allows him to adopt a stance of being more enlightened, advanced, and authentically Christian than those who cling to more rational, tradition-based, dare I say “orthodox” readings of scripture.

Getting Right with Caesar

More practically, this kind of Christianity doesn’t attract hostility from Caesar. It won’t get you banned on Facebook, or get your church vandalized by angry pro-choice zealots. Belonging to this kind of church won’t hurt your career, or come back to haunt you if you ever go into politics. Hanging the rainbow flag over the door of the temple might even serve like the blood on the doorposts in Exodus, protecting those inside from overt persecution.

Communists who sought to infiltrate the churches of Eastern Europe before 1990 employed this technique, offering Christians exemption from harsh anti-religious laws if they’d just enroll in “peace churches” focused on condemning Western “militarism.” Timid Christians who look around at the open hatred directed toward pro-life, pro-family churches are gradually peeling off, embracing Progressive stances on controversial questions, employing the Marcionite Maneuver to justify it to themselves. Today, our elites employ a similar method to extort compliance from churches here in the West.

What’s the sounder Method for thinking through Christian ethics? It starts with the image of the person as revealed in Scripture and the practice of churches over the centuries. It asks what demands such a creature can rightly make of any government, and what duties he owes it.

It relies on natural reason and natural law as much as possible, since it’s envisioning laws that would bind non-Christians, too. It’s unjust to force on non-believers duties that only the baptized and converted would understand and expect. As we wouldn’t force Jews to attend our Sunday services, neither should we make coercive laws based exclusively on what faith tells us. We must stick to Reason.

Turn the Other Cheek, or Go to Prison?

Given the human person as we have learned to see him, what do we make of “turn the other cheek”? Would we, for instance, favor legalizing assault — since “real” Christians ought to be willing to let somebody slap them? Would we legally punish those who use violence in self-defense, since they’re not obeying Jesus? Maybe we can go further, and abolish the legal right to kill an attacker in self-defense.

All these are conclusions that would flow from the Marcionite Maneuver. And all of them are absurd. Equally absurd is the argument that Christianity is opposed to violence, so Christians must favor strict gun control, centralizing all means of violence in the hands of an all-powerful state. (In theory, since in practice criminals will also hold onto their weapons. Only obedient citizens will be rendered helpless.)

So here is the Method. Ask yourself the following questions on any issue, which below I will answer in light of the question of self-defense.

After you’ve asked those questions, check your conclusions against the writings of Church fathers and your own church’s authorities, in the light of the Old Testament. You probably won’t be surprised to find that you’ve mirrored the verdict of all those reliable guides. That’s because the Church fathers and authorities followed the Method I laid out. I didn’t invent it. The urge to originality in doctrine has a word all its own: it’s “heresy.”

None of the above is sexy, and none of this is “radical.” None of it gives you the thrill of feeling prophetic, set apart, or superior to your ancestors and neighbors. Its only real advantage is that it makes sense, does justice to God both as Creator and Redeemer, and yields policies that don’t end in chaos and tyranny.