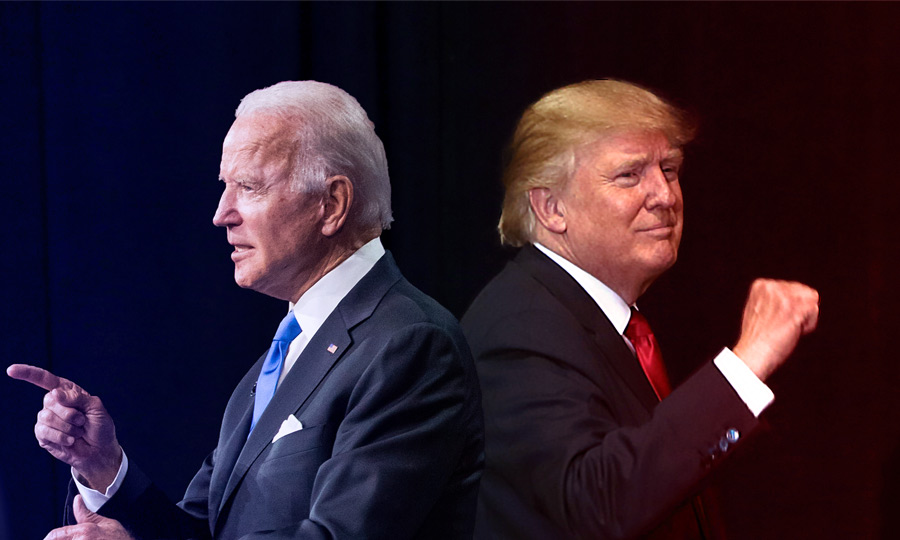 By the end of Thursday night’s presidential debate, the 2020 Election may be over. And there’s nothing moderator Kristen Welker, Facebook, Twitter, Google, the Resistance, Pelosi, the COVID-terror merchants, or the Media can do about it.

Operative word there is “may.” The potential is there for Joe Biden to suffer a humiliating, campaign crushing, demoralizing defeat.

As Baltimore congressional candidate Kim Klacik might say, “Come walk with me.”

Do you remember the third debate between Donald Trump and Hillary Clinton? Probably not much, beyond Hillary looking pretty sharp in a white pantsuit and very favorable lighting. Why? Because surprisingly, she was a non-factor in the debate. A supporting player. The real contest that night was between Donald Trump and “Could he really be president?”

She actually lost the second debate, right after the Access Hollywood tape came out. She didn’t finish Trump off. Fatal mistake. By the third debate, it was clear America did not want to elect Hillary. Only question was: “Would we be forced to elect her because Trump was too risky a choice?” Hence, the third debate was all about kicking Trump’s tires. Hillary might as well have spent the night at yoga classes.

In Thursday’s debate, Trump will be the known factor. Biden is the question mark. And in this debate, that spells trouble for Uncle Joe. Or shall we call him, “The Big Guy”?

I wrote before the first debate that Joe Biden had one task and one task only: He had to get through the 90 minutes without looking like a dementia-stricken gaffe machine halfway in the grave. Nothing else mattered. With the help of Chris Wallace, and unfortunately, Trump, Biden managed this task.

Trump, I wrote, had one major task, too: Keep to his record; keep gentle, even genial, pressure on Biden; and let Biden hang himself. Unfortunately, Trump found himself in a two-on-one fight and “gentle” went out the door. He went full MMA fighter from Queens. In the media spin that followed, Biden’s interruptions, nasty cracks, lies and policy disasters got ignored. Orange Man Bad.

But Thursday’s debate is a different game.

What Trump Must Do

Donald Trump’s task remains the same … but with the added bonus of being a COVID survivor: Keep touting his successes and show off the smile. Flood the stage with the I-Beat-COVID-Like-a-Drum positivity. Present genuine optimism against Biden’s doom and gloom.

He’s the guy who, love it or like it, lays out his thoughts and plans for voters to see. Joe’s the guy who says you don’t deserve to know his plans … while being protected by a media who will only ask him what flavor milk shake he ordered.

Trump Must Ask About the Corruption, Because Moderator Won’t

Trump must keep gentle pressure on Biden. Not harsh. Not interrupting. Trump has the facts. Any road Biden tries to go down, Trump has an Obama-Biden superhighway to hell.

Donald Trump must keep calling on Biden to give answers for the corruption allegations. Heaven knows moderator Welker won’t. Use the two minutes where Biden can’t interrupt to spell out what Big Tech was so desperate for voters not to hear.

But he must do it with calm curiosity. Not anger. It won’t help, and he doesn’t need it. Joe is ripe for the picking.

For example, “Your brother James is being investigated and sued for fraud over a health company called Americore. James told investors that you were really excited about what Americore was doing, and you were going to implement some of their policies in your campaign.”

“Simple question, big guy: Was James lying when he said he talked with you about this company or are you lying when you say you never discuss your son and brothers’ businesses?”

Biden is trapped. Either he admits lying to the American people, or he’s just convicted his brother of fraud.

Another example: “A company with little experience in construction walks into your office while you’re overseeing Iraq in 2010. Three weeks later, they hire your brother James as VP. James has less construction experience than my son Barron. Yet within months they land a $1.5 billion deal together to construct 100,000 homes in Iraq. Now, I’m in construction. I know that’s not coincidence. What was your cut on that deal? 10% or 50%.”

In addition to gaining in the polls, Donald Trump has five advantages he didn’t have in the first debate:

First: He beat COVID and is running around the country drawing massive crowds, with the energy and enthusiasm of a teen idol. Biden’s been hiding in a basement. When he does venture out, he draws crickets and horn-honking Trump supporters.

Second: He’s got Joe Biden’s “No, voters do not deserve to know” his position on court packing. Keep hitting that Swamp Creature: Joe doesn’t think voters deserve to know anything.

Fourth: He’s got Kamala Harris’s dismal, snotty performance against Mike Pence. Constantly remind people, Kamala has a good chance of being president. “Why do you think Pelosi’s talking using the 25th amendment? Wasn’t talking about me.”

Fifth: He’s got new evidence Biden lied about his involvement in Hunter’s Burisma business. He’s got solid evidence Joe Biden sold the Vice Presidency to China. He’s got the line “My family gave up our riches to serve the country. You gave up the country to enrich your family.”

Donald Trump goes into the final debate armed to the teeth … and the target’s a lot bigger than it was two weeks ago.

What Joe Must Do

Joe Biden has a much more difficult task this time out, and there’s only so much the moderator will be able to do to help him.

Joe Biden has to go a full 90 minutes once again on a stage against the most energetic politician in over a century. He has to do so without getting completely lost in nonsense, or making some horrific gaffe. Or looking old and feeble. Or looking angry and shattering his Nice-Guy-Joe persona. His touchy-feely ads mean nothing if he comes across as grouchy and mean-spirited.

Yet, this time Joe has more hurdles to face. This time, Joe will be forced by the Debate Commission’s last-minute rule changes to speak several times for two minutes straight. And Trump will be coached to let him ramble at other times.

This time, Joe Biden has to answer for saying voters “don’t deserve” to know his position on court packing.

And most explosively, he has to fully answer for the new evidence showing how he and his family have cashed in on his public office. That he lied about not being involved in his son’s Burisma dealings. That he benefited from pay-to-play schemes involving the Communist Chinese.

Every single time Joe Biden has been asked about his son’s business shenanigans, he has lost his temper. Sure, he is being coached how to answer in the debate, but if Trump keeps pushing different elements of the scandal, how long can he hold out before his temper bursts?

In the last debate, Joe Biden had an advantage. Just surviving meant winning.

This time out, Joe Biden has to beat back Father Time for a second straight time, beat back devastating allegations, beat back his 47 year record in the Swamp, beat back the successes of the Trump presidency, beat back our desire to move forward past COVID, and beat a surging Donald Trump.

That is a monumental task.

Trump Could Take Him Out

I said at the top that Election 2020 could well end here. Of course, anything could happen. It’s 2020. And the moderator is NBC’s Kristen Welker, a liberal who won’t ever be allowed to show her face at 30 Rock again if she doesn’t baby Biden, and try to destroy Trump. And did we mention it’s 2020?

Still, the pieces are in place for Joe Biden to have a terrible night. And for Donald Trump to so thoroughly dominate and decimate that going the full 90 minutes would almost seem cruel.

Don’t call it a prediction. Call it a strong suspicion. A moment will come during the debate when American voters tuning in will know in their hearts, “It’s over.” And no amount of spin or social media smothering will be able to hide it.