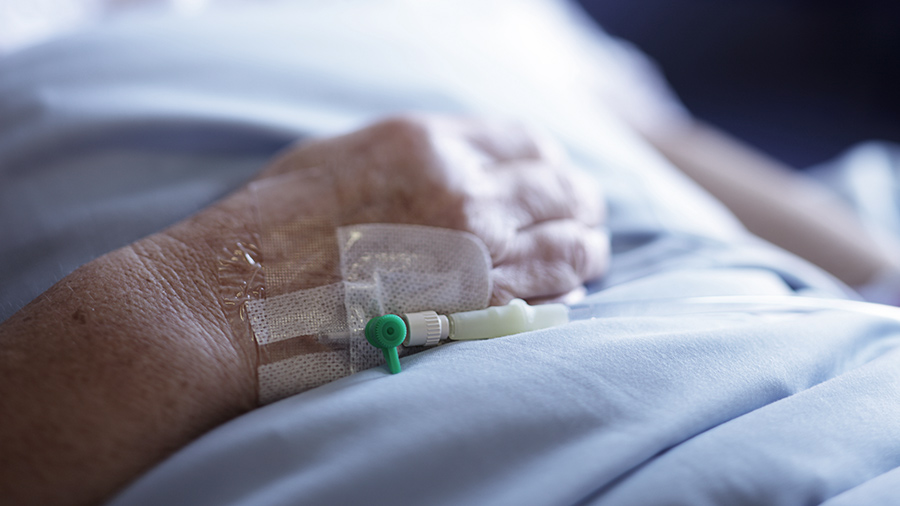 “Pro-life is so much larger than being ‘anti-abortion.’ To be pro-life is to be concerned with every human life from the point of conception to the point of natural death and every state and stage in between — whether it be the homeless, the single mother, the insane. That is the tall calling of being pro-life.”

This is the message that Canadian Mark Pickup has been sharing for years. Mark told The Stream that he was a pro-life activist even before his multiple sclerosis diagnosis in the 1980s. At first, it was about abortion. After his diagnosis, he began speaking on the dangers of assisted suicide. But he doesn’t call it that.

Mark has also been fighting the idea that all people with disabilities want the option of euthanasia. In the early 1990s, a woman with ALS took her case to the Canadian Supreme Court. On the steps of the court, she stated that euthanasia was something that all people with disabilities wanted. “I thought, ‘Not me,'” remembers Mark. He wrote an 18-page position paper to the justice minister. “This woman does not speak for me. I do not want assisted suicide, even if I lose all hope.” He was invited to appear before the Canadian Senate while they were considering recommending legalizing euthanasia.

“Because of the number of witnesses and with the senators’ one-year examination, they recommended at that time that Canada not legalize assisted suicide. So that gave us a reprieve there.”

Right away, the United States Conference of Catholic Bishops asked Mark to speak at their international symposium on assisted suicide. “That began my work in the U.S.”

In 1998, Mark testified before the Massachusetts House as they considered a bill on euthanasia. “I said, ‘Please don’t go this direction,’ and explained why I thought that was.” As he considered what to say, he prayed. “Okay, Lord, You put me in a wheelchair. That’s my credential. … I’ll say whatever You want me to say, not one word more, not one word less that You want me to say.” He and his wife would go on to travel from Boston to Los Angeles and from the Yukon to Louisiana as Mark spoke against euthanasia. “Happily, most of them turn[ed] it down at that time.”

That, I think … we all do, at the very root of the foundation of our very culture, we do accept that concept. Words like nation and neighbor and community and family attest to our interdependence not our independence. And that is the kind of society we need. If you want a world of utter autonomy, what you will have is a jungle. And that’s what it boils down to.

Once, when Mark spoke at an annual conference for a disability organization, he was asked to leave Jesus out of his speech. The organizer told Mark “We want you to speak to us but we don’t want you to talk about that Jesus crap.” He told him, “If you don’t want me to speak about that ‘Jesus crap’ I’ve got nothing to say.” Jesus, Mark told him, “gives my life meaning. Even before the disability, He is what gives all of our lives meaning.”

He says that if he got the chance to speak with someone who is considering assisted suicide, he’d tell them not to do it: “What I would say is ‘Let me find someone near you who wants to be your friend. Who wants to walk with you. Please don’t do what you’re considering. Because life is so much more than your circumstances.’”

Mark added that he’d put that person in touch with a local Catholic or Evangelical church. “And I would have them do what we do so well, which is bring needy people into our sense of community and surround them with a climate of Christ’s love. And if that is not enough to sustain a human being I don’t know what is.”

The Culture of Death

Western civilization, Mark says, is dying. Christians must stand together to “reestablish that former Christian culture and moral consensus.” He questions whether Christians have the will to win the spiritual battle for Christ against secularism. The West is sinking into a “spiritual and moral abyss of a new dark age.”

I think that’s where we stand now. Any residue of the good will from a former Christian consensus is gone. We’re up against the icy reality of the culture of death. Where the losers and the weak and the vulnerable and the unwanted have no place. It’s up to followers of Christ like you and me to reestablish that again and tell those losers that there is a place. That it’s only in Christ that we become winners.