Battling oppositional forces in Syria actually have something in common: their faith. 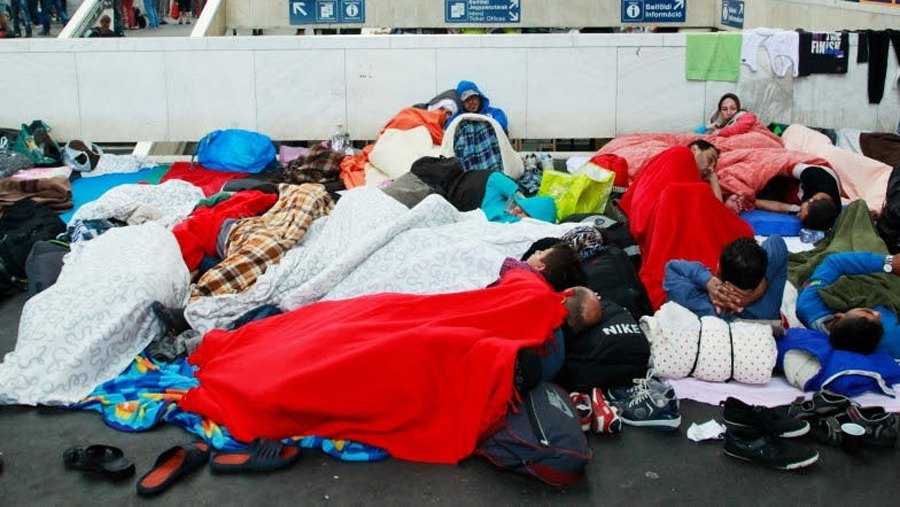 In Syria, Christians are fighting Christians. It isn’t simply about the pro-Assad regime versus anti-Assad forces. It isn’t just about fighting ISIS, although the Islamic State is a formidable foe. But the story we aren’t told is that believers are killing each other and why. It’s easy to get confused — especially for those of us in the West. Our battles tend to be between Democrat and Republican, Christian and non-Christian and so on. But in the Middle East those lines are not as clearly drawn. The opposition forces are decimating one another.

The Syrian Civil War started in the spring of 2011 with anti-government protests but grew quickly into an all-out civil war. An al-Nusra Front battalion training during the Syrian Civil War.

Loyalists (those who side with President Bashar al-Assad’s administration) and opposition forces battle not only one another but the terrorist group Islamic State, or ISIS, not to mention the Nusra Front, an al-Qaeda affiliate, among other terrorist groups. Numerous factions are fighting and it’s not always easy to determine why. Most have politically-driven motives, although some claim to fight as a matter of protecting their faith.

Jeff Gardner, founder of Picture Christians Project (about whom I’ve previously written here), says that political affiliations are not always easy to distinguish, and harder to pin down. “When a Syrian says they are a nationalist, that doesn’t mean they are truly a nationalist,” he says. He goes on to explain that for Americans, if we say we subscribe to a political party, such as the Republican Party, we mean that; if we demonstrate we are quite liberal in our voting, we are branded a liar. This manner of speaking and intent does not translate into the Middle Eastern culture. Their political affiliations, for example, may be significantly more fluid. Further, opposing forces may not always understand each other’s political affiliation or they may believe it to be diametrically different than the other understands it to be. One such example involves two battling groups of Christians, both in northeastern Syria, both claiming to fight for democracy.

After extensive interviews with spokespersons from both Christian groups, it is difficult to understand exactly why these Christians are fighting one another. They claim to want the exact same thing. They both say they want a free, democratic society. However, one group calling itself the European Syriac Union staunchly believes that the Assyrian Christians (about whom I’ve written earlier here) are pro-Assad — loyalists to the regime. According to Rima Tuezuen, Director of the European Syriac Union, the once-unified Christians suffered a split because the Assyrian Christians “did not want to cut from Assad,” and they continue to maintain a pro-Assad regime stance.

According to Johannes de Jong, Manager of the Christian Political Foundation for Europe, effectively yes, Christians are fighting Christians; however, they view their fighting as a function of their political beliefs, not a difference in faith. Just as Tuezuen described, the ESU doesn’t want to be affiliated with the Assad regime (although, in all fairness, Gardner’s group Assyrian Christians maintains they are not pro-Assad. They do not want to be affiliated with the Assad regime, either). Most importantly, there was no mention of a disparity in faith between the two groups.

What is not in question is the sincere desire of both de Jong and Gardner to assist the Christians in Syria. They have both given their lives in no small part to helping these Christians receive supplies, funding and most importantly, recognition of the Syrian Christian people as a vital player in a democratic Syria. They simply happen to be fighting factions of Christians.

Both groups are in desperate need of medical supplies, water, funding and prayers. Both groups of Christians are targeted by other militant and jihadist groups, including ISIS, for their beliefs. No matter which side they are on, ISIS will torture or behead them simply because they are Christians. Regardless of what Christians in the West believe about their political motivations, they are nonetheless our brothers and sisters in Christ and our prayers and support for them are needed and appreciated.