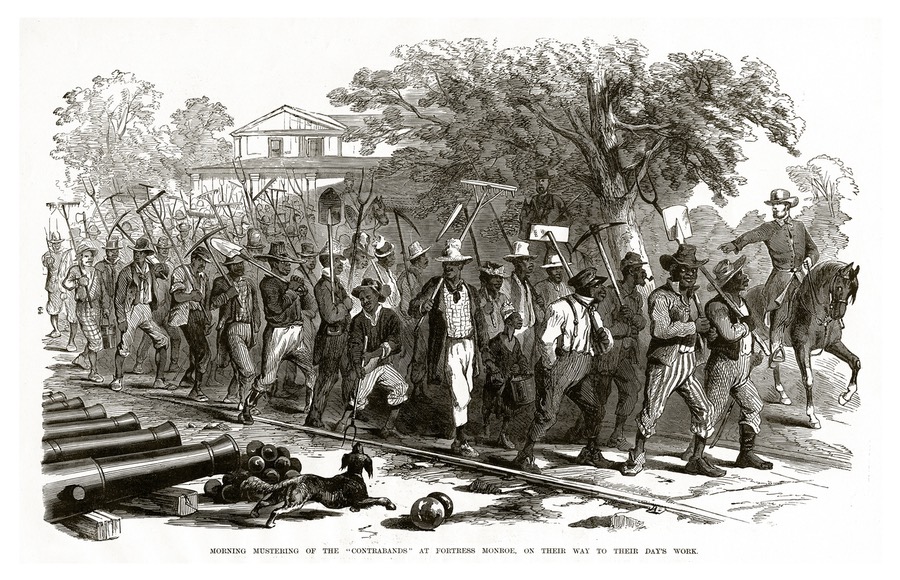 The Barna Group has just released a study finding that fewer than half of U.S. adults agree that America’s history of slavery still affects African Americans. We know that racism still affects America. Our race problem would hardly exist to the degree it does if there hadn’t been slavery.

What is that other half thinking?

There’s controversy over the extent to which racism affects black Americans. Liberals use “racism” as a cold, calculated, charge against conservatives. That has bred a backlash from conservatives who reject being called racists because they disagree with liberals. Just because a certain social reality can be magnified and manipulated, though, doesn’t turn that reality into fiction.

The survey question was worded:

August 2019 marks the 400-year anniversary of when slaves were brought to Jamestown, Virginia. Would you agree or disagree that this 400-year history has a significant impact on the African American community today?

Forty-six percent of U.S. adults agreed, mostly or totally. To their (slight) credit, 4 percent more (50 percent) of practicing Christians agreed. In both groups, 28 percent mostly or totally disagreed. The rest either weren’t sure or “hadn’t considered” the question.

Answers differed by respondents’ race, obviously; more on that below. Younger respondents were more likely to agree our history of slavery still affects America.

What explains the huge number who disagree, though? I have a few thoughts, ranging from disturbing to somewhat cautiously optimistic.

Some Americans just don’t know their history. If a member of Congress (Alexandria Ocasio-Cortez) can say the three branches of government are the White House, the Senate and the House of Representatives, we’re in trouble. If one-eighth of Americans think Dwight Eisenhower was a Civil War general, we’re in trouble, too.

Could we really be so ignorant, though, as not to know that slavery was crucial among the chain of events leading to racial issues today?

2. “African Americans Don’t Have It So Bad”

Maybe some people know the history, but they think its impact has ended; that African Americans don’t have it so bad anymore. There’s no telling how many would say this. I hope it’s few, though I’d prefer it be none at all.

I suspect, though, that some of my fellow conservatives have adopted this as a defensive position. When liberals attack conservatives on racism, one fallback is to deny that there’s any race problem. It’s a false answer that could quickly be refuted by any conversation with any black American. My conservative black friends tell me about “driving while black.” It’s a real thing, indicative of much, much more that black Americans uniquely experience.

Still I can see how some people might jump from a justifiable position of, “America isn’t as racist as the progressives claim we are,” to the otherwise obviously wrong answer, “There’s no race problem at all.” It’s also a hopeless answer, too, for no one could deny on any grounds that there’s at least a strong perception of a race problem. That counts as an impact traceable to slavery, too. It’s affecting us all.

I could also see a respondent saying, “We’ve got a race problem, no denying that. But slavery? That was a long time ago. It’s time to stop focusing on where race issues trace back to. We’re at a different stage in the problem, so let’s start thinking of it differently, too.”

In fact, here I’d have to fault Barna for what looks like an ambiguous question. It appears to offer the choice between, “The effects of slavery continue to be felt today,” and “Our society has moved past slavery.”

I could find ways to say yes to both — see my fourth point below. Certainly we’re still dealing with the impact of slavery. Certainly we still have racism among us. And yet the way it affects us is far removed from the way it was, when it really was about slavery.

Finally, I note that 9 percent of African Americans who are practicing Christians disagreed that America’s history of slavery has a current impact on American blacks. I can’t believe that every one of them was that ignorant of history. I’ve got to believe instead that some Americans, both black and white, prefer to say, “Yes, that history happened, but let’s put the past in the past, so we can take full responsibility for our lives from this point forward.”

I couldn’t completely agree with that. It’s impossible to ignore the history that’s made our country what it is. Still, I would applaud any move toward a future-oriented attitude of responsibility.

The Question Matters; So Do Our Answers

I’m sure I haven’t covered all the possible explanations for this finding. I expect commenters will suggest others.

Whatever the reasons, the question matters, and so do our answers. I mentioned earlier that 9 percent of African American practicing Christians disagreed that slavery’s effects continue to be felt today. That number for white Christians was 34 percent. And almost twice as many black practicing Christians (79%) versus white (42%) said slavery’s impact still remains. That discrepancy alone should tell us white Americans still have plenty of room to keep on learning about our history, about race relations, and about the lives our African American neighbors live.