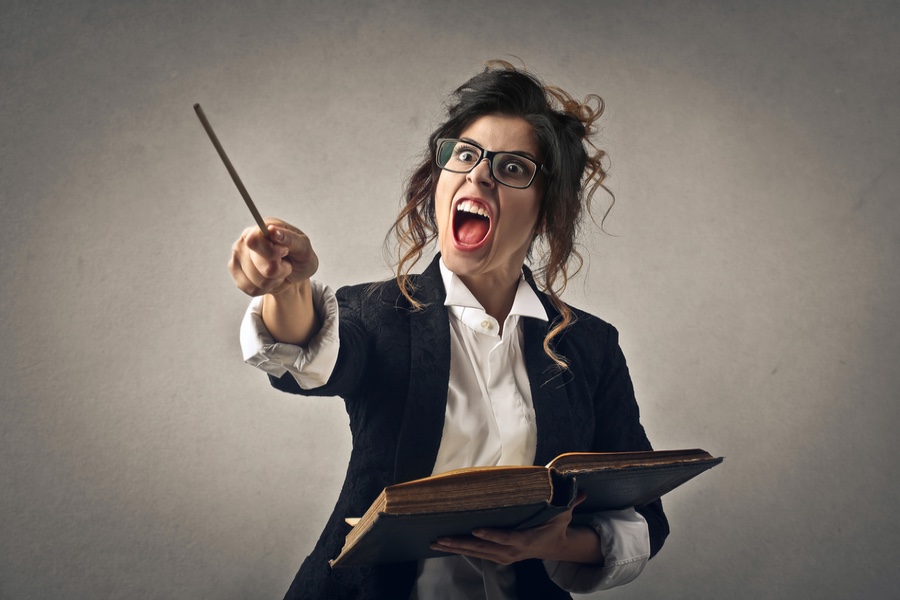 It isn’t just that they’re wrong, though the evidence certainly says so. It isn’t just where they were wrong: speaking for abortion at Notre Dame, as if its Roman Catholic heritage didn’t matter. It’s their unmasked attitude of superiority. But then, they’re gods, so why shouldn’t they hold the rest of us in contempt?

Notre Dame’s Irish Rover news site reported last month on a panel of four Notre Dame professors commenting on a documentary about the politics of Roe v. Wade. One panelist, Dianne Pinderhughes, dismissed the pro-life position as — get this! — a white supremacist movement: “Those who push so aggressively for reproduction, continued reproduction without any controls, are those who are also more likely to be in support of making sure the country stays predominantly, overwhelmingly white.”

Her co-panelist Pam Butler said it even more starkly: “[Abortion] got politicized in a moment of a white supremacist strategy of the right wing of the Republican party.”

How Stupid Are We Pro-Lifers, Anyway?

There you have it: Pro-lifers are white supremacists. I never knew that about myself, did you?

I guess that would include the African-American woman who works with my wife at the pregnancy resource center, too. There’s only way to make sense of that: She doesn’t get the way the world really works, so she got co-opted. That would also explain how my wife and I got sucked in. We got fooled. How? By being stupid — compared to these profs, anyway.

That’s honestly the only way I can make sense of any of this.

The thing is, white supremacism sickens me. It’s disgusting. It’s even worse when various groups tack words like “Christian” into their name. (Richard Spencer, white supremacist extraordinaire, is an atheist. So are many others in the movement, if reports are accurate.) The Bible, my source book, tells me everyone is equally worthy in God’s eyes, and the worship around His throne will include “every tribe and tongue and people and nation.”

Conspiracy Theorists in the Classroom

I hate white supremacism, but apparently right-wing leaders have gulled me into supporting it anyway. Secretly. So secretly, no one knows but feminist professors like these four. We say we’re alarmed at the high abortion rate among urban Blacks. They know we’re caught up in a secret movement to make America whiter.

In most circles, “conspiracy theorist” is equal to “nutcase.” Do with that what you will; I prefer to focus on these professors’ contempt for pro-lifers who think abortion is a matter of moral truth all on its own.

We on the pro-life side think we understand what God thinks about the issue. So does Graubart — except she’s positioned herself as the god who knows.

I’ve known a whole lot of profs who don’t have that attitude at all, but they weren’t on this panel. These four, though? They’re the ones who know.

The Prof Who Thinks She’s a God

They speak with great authority, too. Panelist Karen Graubart explains it: “I think having borne a child, I can tell you that I don’t think that I had a child [in my womb]. I mean I had a potential child inside me for a number of months, which then developed into a child.”

If only we’d thought to ask a mom before… err, a mom as smart as Graubart. We’d have had the answer long ago. It’s not a child, it’s only a potential child. Because she says so, and she should know.

Just look at how much authority she carries:

I was a queer single woman with a great job at an Ivy League institution about to get tenure, and I decided that I needed to have a baby… I went to a sperm bank, which is like the center of eugenics, right, that’s what sperm banks are. … I was able to get myself pregnant, have a baby, and then create a life for myself using that.”

She was able to “create a life,” she says. That’s how she knows: She’s the creator! Eugenics and all: Make that baby to order — “for myself,” even!

We on the pro-life side think we understand what God thinks about the issue. So does Graubart — except she’s positioned herself as the god who knows. No wonder she thinks she can look down on the rest of us.

Contempt for pro-lifers. Conspiracy theorizing. “Creating” a baby for “myself.” This is what we’re dealing with. It looks like a cultural battle, and it is; but underneath that it’s a spiritual battle. Should we respond with contempt of our own? I’m tempted, I’ll admit, but no.

We’re all human beings, on both sides of this issue. No one deserves dehumanizing; no one needs to be treated with contempt. We do need eyes open, though, to the dark realities motivating many on the “pro-choice” side. And we’ve got to do real spiritual battle: armed with prayer, standing firm with truth.

The Pro-Abortion Prof, the Pagan Gods, and How Hard It Can Be to Tell the Difference