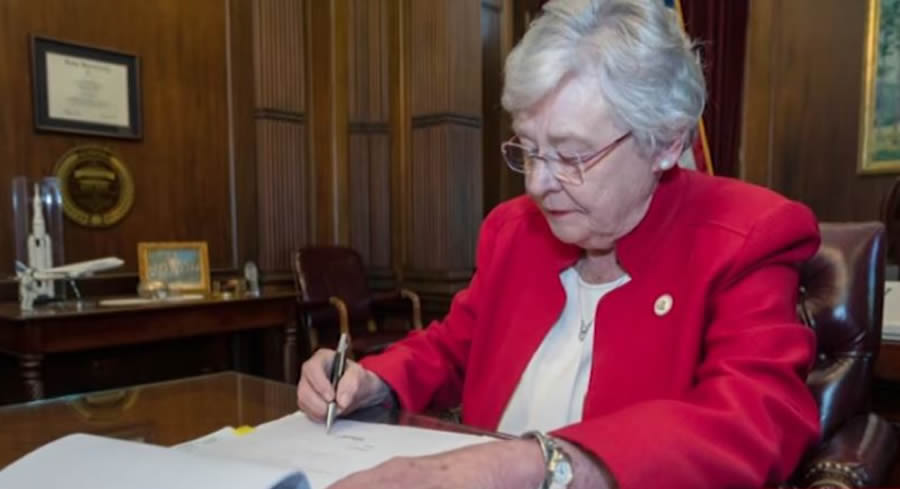 A new Alabama law on abortion set to go into effect next month has been temporarily blocked by a federal judge, The Hill reported Tuesday.

The law would have made abortion illegal in nearly all cases — it does not have exceptions for rape or incest. Any doctor who performed an abortion could have received up to 99 years in prison.

Alabama Gov. Kay Ivey signed the bill into law on May 15, 2019. At that time, Ivey said the bill represented more than a political stance. “To the bill’s many supporters, this legislation stands as a powerful testament to Alabamians’ deeply held belief that every life is precious and that every life is a sacred gift from God.”

Planned Parenthood and The American Civil Liberties Union (ACLU) filed the lawsuit. They did so on behalf of Alabama’s abortionists and their patients, according to The Hill.

Randall Marshall is the executive director of the ACLU of Alabama. He said that abortion is still legal in Alabama. “As expected, the court has blocked the law and it will not go into effect. … The state’s repeated attempts to push abortion out of reach by enacting unconstitutional laws restricting abortions have already cost taxpayers nearly 2.5 million dollars. This ill-advised law will cost taxpayers more money.”

However, Ivey said that the state “anticipated” the challenge. “We must continue doing all we can to protect life,” she stated. “I am fully behind the Attorney General’s handling of this case and trust that he will do everything he can to challenge today’s ruling and obtain a just result. Alabamians support life, and that is what this legislation was originally intended to do, and that is to defend every human life.”

“Our law was designed to overturn Roe v. Wade at the Supreme Court level, and today’s ruling is merely the first of many steps on that legal journey,” said Republican state Rep. Terri Collins. “I remain confident that our mission will be successful and appreciate the support of millions of citizens who support our effort to preserve unborn life.”