Fear-Mongering, Muscle-Flexing, and Moral Hubris: How CNN Wants to Force Newsmax and OANN Off Cable TV 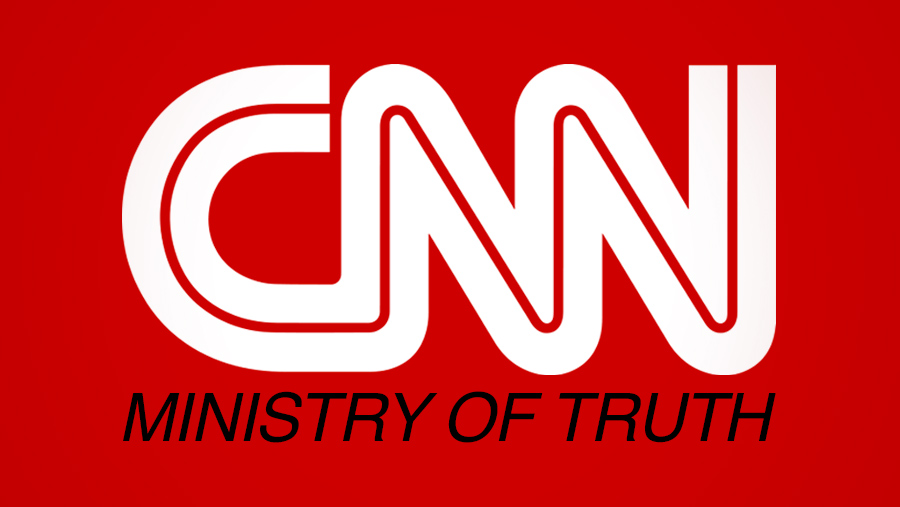 “We are going to have to figure out the OAN [sic] and Newsmax problem. These companies have freedom of speech, but I’m not sure we need Verizon, AT&T, Comcast and such bringing them into tens of millions of homes”

He went on to say,

Just a reminder that neither @Verizon, @ATT, nor @comcast have answered any questions about why they beam channels like OAN [sic] & Newsmax into millions of homes. Do they have any second thoughts about distributing these channels given their election denialism content? They won’t say.

I think it’s safe to assume he’s speaking for the whole network. Let me paraphrase it, then, so we can all see what’s going on here.

Freedom of speech is only for news organizations that tell the truth. Media that lie about the news are such terrible threats to our country, we shouldn’t allow them to exist. We’re your ministry of truth; you need not worry about us; we’ll tell you all you need to know, and you can trust us to know what that is for you. We also carry a lot of pull with the cable companies, and we’re happy to use it to squash those liars.

There’s so much wrong with that.

First, CNN here is openly advocating for freedom of approved speech, the same freedom offered by every totalitarian government in the world. Free speech in America means freedom to disagree, and especially to disagree with “approved” messages.

This is an open call to authoritarian muzzling of dissent. It is anti-American, in the highest degree.

Second, these CNN spokespersons are claiming an impossible blend of moral virtue and the naked use of power. It’s the hubris of the powerful actor that believes it needs no accountability. CNN needs no other network questioning them, probing other sides, letting other voices speak. “We solemnly promise we’re telling you the truth, the whole truth, and the world will be a better place if you’ll all just take our word for it.”

I’d be laughing so hard at that it would hurt, if not for the real hurt CNN causes with their one-sided power-abusing, leftist perspective.

But it’s even worse in a context where the network is exercising muscle against Newsmax and One America News Network. CNN has some power still in the cable news field. They’re claiming the virtue of truth, and using it to clobber their competition. That’s just too obviously wrong.

If you want to find great virtue accompanied by power that stands under no human accountability, look to Jesus Christ, not CNN. History knows of no other person or institution that’s held power unaccountable power and not fallen to power’s corruptions.

CNN needs accountability, just like every other human organization. It needs Newsmax and OANN, even if CNN is right and they are wrong. CNN should know that; they should even be telling it to each other in their offices and studios. They should call it what it is, “keeping us honest,” and they should be thankful for it. But they don’t want anyone keeping them honest, do they? They like their power as it is instead.

Whose Fear Is This, Anyway?

CNN’s message here is meant to evoke fear and provoke a response: “These upstarts are dangerous! Squash them!” Don’t fall for it. Don’t let them kill the First Amendment with totalitarian distortions of free speech. Consider instead the self-serving fear CNN itself must be facing. As Newsmax reported it,

Apparently jolted by the fact Newsmax has skyrocketed to become the 4th highest-rated cable news channel in the country, the liberal CNN is decrying what it calls Newsmax’s “election denialism” and is seeking to have it “deplatformed” from cable and satellite systems across the nation.

Once a real news organization, CNN has now become an organ of the soon-regnant leftist government. Once by far the world’s leading cable news organization, they’ve lost large swathes of audience to channels that give other voices a hearing. They have only about two-thirds the audience now that FOX News has. What happened once with FOX is happening all over again with another pair of conservative networks.

I strongly suspect CNN wants you to be afraid of the newer networks’ influence, not because they’re bad for the country, but because CNN is afraid it will lose its own. They still have some, which is why we can’t just ignore their patently false virtue signaling. We can’t just laugh at it, either, much as I would love to, since it really is quite ridiculous. We have to stand up and tell them no.

Tom Gilson (@TomGilsonAuthor) is a senior editor with The Stream and the author or editor of six books, including the recently released Too Good To Be False: How Jesus’ Incomparable Character Reveals His Reality — including Jesus’ unique, extraordinary goodness for a Man of unparalleled power.