FBI Entrapment Plot in Michigan Collapses in Shame and Squalor 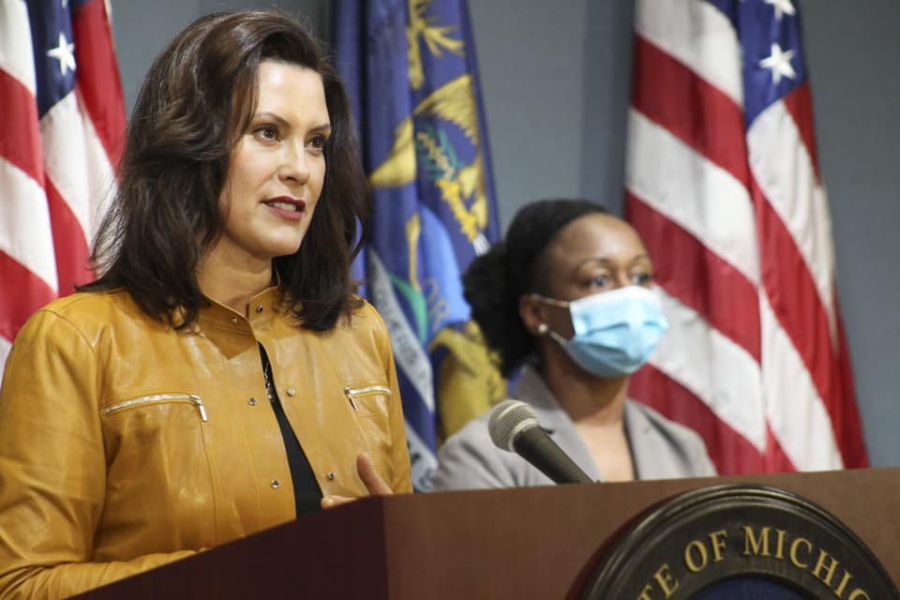 There are still a few tiny, frayed threads that are holding our country back from an all-encompassing tyranny. The most important one, of course, is the Second Amendment. Our Founders knew that an armed citizenry is the last and best defense against abusive government.

So did abusive governments, which stripped citizens of their gun rights in one country after another during the 20th century — before liquidating some 170 million civilians (not counting casualties of war) between 1914 and 1990. The worst people in the U.S. regime know that as long as Americans are as well-armed as Afghans, we will prove equally hard to conquer.

Millions of us are determined not to go peacefully, but instead to go out like Scarface. That’s the only thing that finally keeps any country free. [profanity, mild violence]

Thank the Good Lord and Our Forefathers for Trial by Jury

Another key thread is also an Anglo-American legacy, trial by jury. Our unspeakably corrupt and contemptible media libeled Kyle Rittenhouse as a white supremacist militia member who crossed state lines with a weapon of war to hunt peaceful black protestors. Every word of that was a lie, including “with” and “a.” But the truth about the case was long confined to dissident media like The Stream, Revolver News, Steve Bannon’s “War Room,” and American Greatness. But when the prosecutors’ patched-together case hit an actual jury of sane, decent Americans, it didn’t take long for them to laugh it off and acquit him.

Likewise, the vicious mandarins of the media demonized pro-lifer Nick Sandmann and his friends as a mob which terrorized an Indian “tribal elder” and Vietnam veteran. One brave reporter posted the actual video debunking this charge completely. The prospect of defamation lawsuits held before juries caused multibillion-dollar media companies to admit their lies and pay Sandmann settlements.

Justice for January 6 Dissidents in the D.C. Gulag

A jury just acquitted one of the January 6 protestors, who’d walked past smiling cops through open doors, rightly unaware that he was breaking any law whatsoever. God willing, this acquittal will give courage to the rest of the political prisoners in GITMO on the Potomac, so they don’t succumb to fear and falsely confess, even denounce their previous political views — desperate to avoid federal purge trials and vindictive, politicized sentences.

Our Fascist Blue State Governors and Their Deadly Nursing Homes

But the best news for freedom recently is the collapse in utter disgrace of the FBI’s entrapment adventure in Michigan. You’ll remember that during the height of COVID panic, governors such as Andrew Cuomo and Gretchen Whitmer were acting like brutal third-world dictators. They murdered thousands of nursing home patients by dumping COVID patients among them. (This pumped the death statistics, justifying the state of emergency, and enabling fraud-friendly practices like lax voting by mail.)

These same governors seized emergency powers to suppress political meetings, religious services, the conduct of business and ordinary life — locking citizens in what amounted to house arrest. Cuomo even tried to use COVID as a pretext to seize what few guns are still legal in the State of New York.

A Glue Trap for Honest Citizens

Well, during this heady time for tyrants, some Ivy League types in the FBI seem to have had a brilliant idea. If blue state governors were acting like King George III, perhaps some disgruntled citizens might decide to play the role of patriots, and rebel. Isn’t that why “gun nuts” insisted on having weapons in the first place? Wouldn’t it help the cause of suppressing dissent and repealing gun rights if some citizens could be convicted for engaging in armed resistance against the government?

The thing is, nobody was doing that. Not on his own. So FBI agents in Michigan came up with a far-fetched plot, to kidnap Gov. Gretchen Whitmer in a “citizens’ arrest,” put her on trial, and threaten to execute her — getting all this on video, to terrorize the nation. They ran this idea by their bosses and got the green light, plus the budget.

Then they started trawling online chat rooms, gun stores, and other likely places, to recruit disgruntled citizens to join this fake “rebellion.” The FBI paid for travel, booze, drugs, hotel rooms, and other expenses, and had its agents lead by the nose the hapless dupes they’d recruited.

Then at a pivotal moment, the FBI announced that it had “uncovered” this conspiracy, and trumpeted its arrest of the people it had recruited. Whitmer publicly thanked the agents who’d “rescued” her, and blamed Donald Trump for creating the atmosphere where such violence might happen.

Much of the FBI Belongs in Federal Prison

For detailed accounts of this Stalinist episode in American law enforcement, read the coverage by Julie Kelly at American Greatness, and Darren Beattie at Revolver News. They detail the utter corruption, incompetence, and contempt for the rule of law that pervades the FBI.

It’s no surprise than an honest jury called this squalid fiasco what it was: entrapment. In a free society, the government doesn’t get to send out secret agents to recruit people for crimes, then prosecute them. A Michigan jury just acquitted two defendants, and produced mistrials for two more.

This is not a victory, my friends, just a bullet dodged. The FBI honchos who greenlit this un-American operation won’t lose their jobs and pensions. They’ll keep on failing upward. Gretchen Whitmer, who violated the state constitution (as a court ruled) and tyrannized those Michiganders she didn’t kill by COVID, won’t end up in prison — where she belongs for unlawfully imprisoning the citizens of her state. Neither will Andrew Cuomo, who got Me-Tooed out of the governor’s mansion, but won’t face justice for the thousands of grandmas and Korean war veterans he killed, then incinerated anonymously like abandoned shelter pets.

The next Republican president needs to abolish the FBI. It cannot be fixed. It must be replaced by a whole new agency with fresh recruits from state law enforcement, far removed from the fascist culture of the Deep State in Washington, D.C. The same goes for other intelligence agencies which fabricate evidence, spy on Americans, and help to steal presidential elections from the people.

We are very far from justice. And justice must come. How rough a justice depends on how long it is delayed.