Tucker Carlson Is Right: When False Gods Rule, Our Duty Is to Mock Them 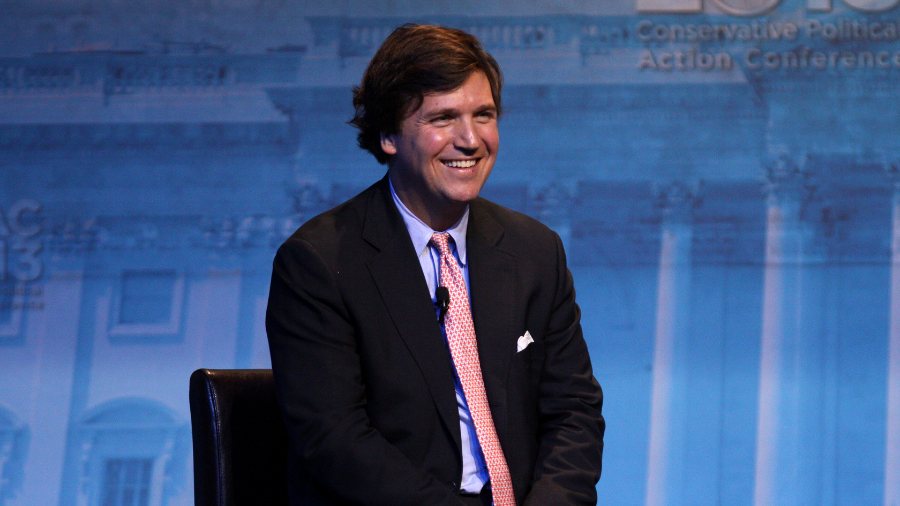 When revered institutions such as Ivy League colleges see their reputations tarnished by squalid bribery and cheating, it would take a man with a heart of stone not to laugh. I wasn’t shocked, troubled, or enraged when I read of the scams that were getting actors’ brats into Yale. I was delighted. Because “elite” universities are at the top of the list of sacred cows we need to slaughter.

The “we” here means not just Christians or conservatives. But instead something more like “unbelievers.” There’s a new, extremely powerful false religion that’s taking over our culture. Rene Girard called it Victimism, because it feigns concern for genuine victims as a means of grabbing power. It’s a post-Christian heresy, which hijacks our faculty for genuine compassion in service of political agendas unhinged from truth or genuine justice.

Here’s how the new creed spreads:

If a student belongs to any other group but straight white males, then she is in luck: She’s certified as a victim. She deserves special treatment from everyone from college deans to government bureaucrats. Even better, she should feel virtuous for wallowing in anger and resentment. No matter if she’s Malia Obama. She can righteously seethe with rage at jobless white coal miners, or homeless white veterans. Her sense of victimhood gives her the “blessed assurance” that she is part of the Elect.

This creed offers salvation even to the worst of sinners, straight white males. The price is steep: a life of self-denial and penance. But for those who walk this path, rewards await. You can attain justification. Not by your own efforts — but by the righteousness that suffering, innocent victims (non-straights, non-whites, non-males) can impute to you. As an “ally” of the less privileged, you earn the same right to despise the mass of oppressors. And feminists will date you, for whatever that’s worth.

This new creed is weepy, self-righteous, and incoherent. It combines impossible goals with very low standards of personal conduct. It weeps at the death of sea slugs, then shouts its abortions.

So of course it is wildly popular.

The Idol of Our Era

This is the cult that dominates our major universities. (Including many overtly “Christian” ones.) And social media companies. Giant corporations and advertisers. And under Pope Francis, the Vatican itself.

Victimism has captured most of the Democrats and terrorized half the Republicans. Its processions march down Fifth Avenue in the form of various racial or sexual “pride” events, like the Indian god Juggernaut, crushing unbelievers under its wheels.

So how should we respond?

Like the missionary monk St. Boniface. Faced with a troop of German pagans who venerated a sacred oak, Boniface pulled out an ax and hacked it down. “Where is your god now?” he asked, or something like it.

Don’t Apologize to the Unforgiving

That’s the right attitude. That’s why it was so refreshing when Tucker Carlson refused to apologize for some dumb, offensive things he said a decade ago on a shock-jock radio show. His response, in fact, was epic:

Boil down everything Carlson said. It comes to: “Hell no, I won’t burn incense in front of your emperor. Now go ahead, do your worst.”

We must do the same. You cannot argue with religious fanaticism. You cannot disprove a primitive superstition with logical arguments. Those of us who’ve tried to debunk socialism, or dampen climate end-times hysteria, or demonstrate the humanity of unborn children realize that. We’re not dealing with the frontal cortex, folks. The new Snake which people worship hides deep within the archaic, “reptilian” brain.

People aren’t convinced of Victimism by syllogisms or facts. They see it parade its power, and bow before it. Then they watch their friends flock behind it, and follow like cattle. They see the lightning bolts which their gods cast at unbelievers, and tremble, but believe.

So we need to mock these made-up deities as Isaiah once did. Let’s treat this false religion with all the scorn and sarcasm which puffed-up Enlightenment philosophes once aimed at the true faith.

Victimism has captured most of the Democrats and terrorized half the Republicans. Its processions march down Fifth Avenue in the form of various racial or sexual “pride” events, like the Indian god Juggernaut, crushing unbelievers under its wheels.

You Can Mock These “Gods” and Live

Each unbeliever among us will have to sort out his own favorite strategy. But here are a few jumping off points. Think of them as conversation starters. Or rather, stoppers. If someone tries to snake-charm you into joining the Victimist cult, come out with one of the following “blasphemous” statements. Make sure other people hear you. Do your best to demonstrate to as many onlookers as possible that you can mock these gods and live. And send that cult member walking away from you shaking his head, but maybe—just maybe—doubting Victimism’s power. Since its power to gull and cow the crowd was all that attracted him in the first place, he might have a crisis of faith.

Here’s a starter list, though I welcome suggestions. These are things you can just up and say, when the relevant topic arises. And try to hide the tongue in your cheek, at least for a few seconds.

Please draw up such lists of your own. The point of this is to make such blasphemy fun. To pelt the pagan statues with rotten eggs and ripe tomatoes, till the cultists see that they’re dumb, inanimate idols. No lightning bolts at all.