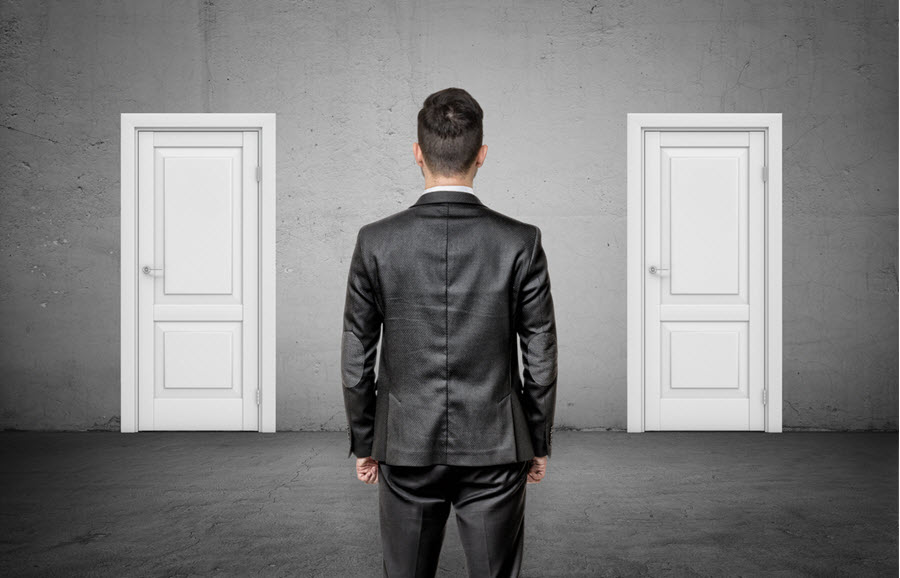 Sometimes people mean well, but make things worse. A moral cause, if fueled by bad ideas, creates more problems than it solves. Such is the case with the wrong-headed crusade for what progressive activists are now calling “anti-racism.” Black History Month is a good time to question the new way of approaching old social issues.

That word “anti-racism” sure sounds like something that all of us should embrace. I mean, if you’re not “anti-racism,” the implication is that you are at best apathetic about the issue (which doesn’t seem morally defensible), and at worst “pro-racist” (Who wants THAT label?).

But as we well know, words and phrases that become new sensations may not mean what they sound like. Borrowing and repurposing old words doesn’t mean you are bound to the old definitions. The all-pervasive, repetitious use of the word “racism” in our time is a case in point. And now the term “anti-racism” has been newly anointed as the banner of the righteous. But what is meant by the term today?

If you were born in a year that begins with 19, you remember racism being defined the way Webster’s always has, which is beliefs about people based on racial characteristics, and the belief that those traits are determinative, often including the idea that people with certain traits are superior to people with others.

But according to Ibram X. Kendi, whose best-selling book How to Be an Anti-Racist has become a central text in the new canon of activist literature, racism means something entirely different. Kendi was born Henry Rogers and raised in Queens. His parents were steeped in black liberation theology & black power movements. When he married he took his wife’s traditionally African last name for himself. He added X for “Xolani,” the Zulu word for “peace.”

This redefining of racism is consistent with the new form of “social justice” that has arisen in the last couple of decades … It has acquired the rare powers to bend society to its understandings.

Racism, writes Kendi, is not about your beliefs, attitudes or disposition toward any group of people. Racism is political more than personal. It is about policies and what they produce in society. A racist is “one who is supporting a racist policy through their actions or inactions,” he says. And a racist policy is “any measure that produces or sustains racial inequity.” Kendi’s examples of racial inequity include statistics like relative percentage of home ownership among racial groups, graduations rates, incarceration rates, health outcomes, etc.

This redefining of racism is consistent with the new form of “social justice” that has arisen in the last couple of decades. It has become influential enough to spread across all areas of the culture. It has acquired the rare powers to bend society to its understandings. Even Miriam-Webster, whose definition of “racism” I referenced above, recently succumbed to a campaign by activists to add definitions to the word that focus on “institutional” or “systemic” forms of racism.

After defining racism in this way, what Kendi does next is even more surprising. He presents a rigid binary of “racist” vs. “antiracist.” Kendi understands that many old fashioned racists used to believe that blacks were inferior to whites, and therefore they readily attributed any problems in the black community to that inferiority. But Kendi’s simplistic binary asserts that when it comes to bad outcomes in black communities today, either the old school racists were right or we have structurally racist policies causing those poor outcomes.

The “either/or” construction of that claim is pervasive in Kendi’s book. Dichotomous alternatives are presented over and over again. The overarching and guiding motif is the forced option between “racist” and “antiracist,” with lots of sub-dilemmas that relate to those two.

Here’s the thing about “either/or” propositions (called “disjunctive”): to be true, there can’t be other options. Think about things like “either dead or alive” and “either pregnant or not pregnant.” There is no third option (“tertium quid”) in those alternatives.

But if I present two options that are not exhaustive — if there are other possibilities — this is a fallacy called a “false dilemma.” We do this more often than we realize, mostly because it is useful to us. It has a certain rhetorical force, and can be handy if you need to persuade somebody to do something that you want.

Parents do it with children: “You’ll either eat all of your dinner or you don’t care about starving children.” The kids learn to do it back: “You won’t buy me that book, so you must not care about my reading skills.” Politicians have long done it: “Support my bill or you want to destroy the environment (or you want the Russians to win or you want people to die or whatever else).”

The key to all of these examples is that the two options are presented as if there is no middle ground, when in fact there is. That’s what makes it a fallacy. Kendi commits this error throughout his book. You are either “racist” or “anti-racist,” in his view. There is no such thing as being “not racist.” You can’t be neutral.

This means that no policy is neutral either. It either promotes equity or inequity. The notion of being “colorblind” is excoriated by Kendi as another racist attempt at neutrality. And depending on what policies you support or fail to support, you can be racist one minute and anti-racist the next. These labels are “not permanent tattoos,” Kendi explains. They are “like peelable name tags that are placed and replaced based on what someone is doing or not doing, supporting or expressing in each moment.”

The options are forced such that if you seek any others, you are simply lumped into the “racist” category. He relegates all well-meaning civil rights advocates who believe in race neutrality to the bad category. You either embrace the new, systemic understanding of “anti-racism” or you are a racist, no matter your character, motives or good deeds.

The Solution to this Error

A number of black thinkers have recognized the vapid nonsense that flows across the pages of Kendi’s best-seller. You can read great reviews and responses from the likes of Jon McWhorter, Shelby Steele and Coleman Hughes. But at the top of the mountain, of course, is the eminent Thomas Sowell. Sowell has lived long enough to see straight through the confused foolishness of Kendi’s reasoning. Sowell has been a black intellectual in the public eye for decades, long before the time when guilt-ridden white elites fawned on a black author in order to prove their wokeness and innocence of past wrongs. He knows what actual racism looks like.

And the good news is that Sowell has written plenty on the subject at the heart of Kendi’s main assertions. He wrote an entire book, in fact, that dispels Kendi’s false dilemma, without mention of Kendi, as it predates Kendi’s book by two years. Kendi might have done himself a big favor by reading Sowell prior to writing.

You will do yourself a favor as well if you read Sowell instead of the often recommended social justice texts. If you read Kendi’s book and then start reading Sowell’s, the difference should be manifest. For Christian readers, imagine reading a Joel Osteen book, then picking up a book by N.T. Wright or Tim Keller. It’s a little bit like that.

Sowell’s preface tells us that he wrote Discrimination and Disparities to address “the seemingly invincible fallacy that statistical disparities in socioeconomic outcomes imply either biased treatment of the less fortunate or genetic deficiencies in the less fortunate.” The rest of the book does just that, in fascinating detail replete with numerous examples backed by all of the statistics Sowell is able to marshal. It is a thoroughly compelling and convincing effort, and one that I can’t imagine Kendi would be able to assail outside of petty name-calling and the usual slander. Here is a video of Sowell discussing these ideas.

The new “anti-racism” is confused and erroneous. It is built upon a fallacy. It sets everything back and worsens the situations it wants to address.