America can't survive without this virtue — and neither can we honor our fallen. 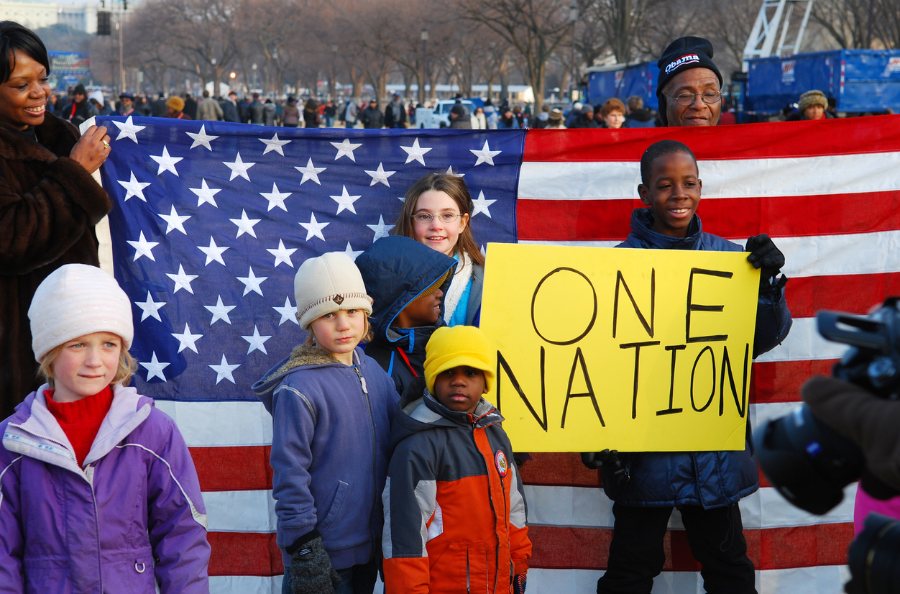 There is heated debate as to whether the United States of America is a “Christian” nation. Opinions about what that means and whether it’s a good thing vary widely. I won’t wade into it now. But there is one Christian virtue without which America cannot last: love.

“According to a growing body of political-science research, Americans largely no longer feel a shared sense of national identity,” The Atlantic reported last November. “Democrats and Republicans see their political opponents as enemies with totally incomprehensible beliefs and lifestyles.”

In short, we have forgotten what love is. Even Christians, who are supposed to exemplify Christ’s love, act like it’s not important. We act like we don’t know how. That’s almost as bad as completely forgetting about the men and women who’ve sacrificed their lives for us.

What Keeping It Takes

Why does it matter?

We may not be called to fight foreign enemies and die for our country on foreign soil. But we’re still tasked with keeping it.

In 1787 at the end of the Constitutional Convention, a woman asked Benjamin Franklin what kind of government he and his colleagues had created. “A republic, if you can keep it,” he famously answered.

Of course, keeping America requires defending her ideals, advocating good policy, protecting the democratic process, and all the other things we try to do best according to our political ideologies.

But a pre-requisite to any of that is love. Love for each other. Participating in a republic — keeping one — requires valuing your fellow countrymen. It requires pursuing your neighbors’ and posterity’s best interest as well as your own interests in the present. It requires love.

Without this, we devolve into the kind of spiteful partisan tribes that we see now. Our battles last longer than election years. Our contempt turns every word, every event, every crisis into a reason to bludgeon the other side. This often boils down into personal attacks, deep hatred, and a refusal to associate with someone of a different stripe.

Where Love Comes In

So what are we going to do? Continue ripping our nation apart from the inside, when millions throughout history have died protecting it from outside threats? There’s no better way to dishonor their memory.

Jesus said in John 15:13, “Greater love has no one than this, that someone lay down his life for his friends.” In dying for our nation, America’s fallen displayed this kind of love.

In keeping our republic here at home, through elections, seasons of uncertainty, and cultural upheaval, we must also display love. The kind of love Jesus talks about in Luke 6:27-28: “Love your enemies, do good to those who hate you, bless those who curse you, pray for those who abuse you.”

Regardless of whatever political solutions we pursue, if we start with this baseline, half the battle to keep our republic will have been won. This attitude should pervade our personal interactions (and our online interactions). It should inform our ideas of people unlike us. It should serve as the underlying motivation for our political endeavors.

This Memorial Day, let’s honor the sacrifice of those who’ve died for America by loving our fellow Americans. Then their sacrifice won’t be in vain.

An Open Letter from Young Adults to Married Couples