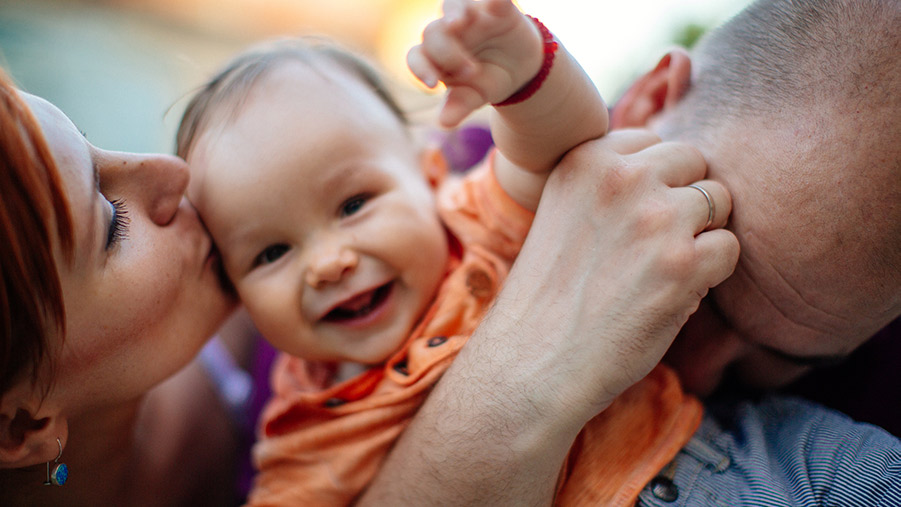 By Adrian Collins Published on September 5, 2018 •

The minutes on the hospital clock dwindled as I swaddled my infant daughter one last time before she was placed in the arms of her adoptive parents.

In those final moments, I thought my heart might shatter. I was broken.

Then I felt a hand placed on top of mine and looked into the face of the adoption agency’s social worker, a caring individual who’d spent innumerable hours by my side.

She was one of my greatest advocates and provided hope and encouragement during a time of doubt and sadness. She was the living embodiment of Jesus Christ’s unending love and grace during the most challenging experience of my life. Without her guiding hand in the adoption process, my story would be a much different one.

I learned I was pregnant during my junior year of college. Holding a positive pregnancy test in my hand, I recoiled in fear and shame. I didn’t know what to do or where to turn for help.

I held several leadership positions at the Christian university I attended. I was a resident assistant in a dormitory. I was an editor for our campus newspaper and editor-in-chief of our school magazine. I was an A student.

Like many girls my age, I’d striven for perfection in every facet of life. An unplanned pregnancy was not part of my meticulously planned life. Faced with a life-altering circumstance, loneliness enveloped me as I tried to determine what choices were available.

I cowered in fear when I announced the news to my parents. When I told my mom I didn’t have a clue of what to do next, she asked, “Have you considered adoption?”

Her question stung at first. I’d always wanted to be a mom and couldn’t imagine putting my own child into the arms of another. But the word “adoption” lingered in my thoughts.

Because I was afraid of rejection among peers and the possibility of being released from my leadership positions at college, I hid my pregnancy for five months — my entire spring semester. Whenever I felt my unborn child stirring in my womb while sitting in class or my dorm room, I’d cradle my belly and whisper, “I love you little one,” and dreamed about life as a mom.

Over time, those dreams faded with the realization that I wasn’t prepared to be a parent. At the time, I wasn’t capable of giving my baby girl everything she deserved. In the end, my boyfriend and I made the heart-wrenching decision to move forward with an adoption plan.

Since it was my choice to carry my child and make an adoption plan, I wanted the freedom to select the adoptive parents who would raise my child. It was my personal desire to place my daughter in a traditional home with a married mother and father who shared the same Christian faith and family goals that I did. As her birth mom, I wanted to have a say in my daughter’s future.

When I arrived at my hometown in Colorado for summer break, I began researching local adoption agencies. It was important that the agency I chose held similar beliefs and core values as my own. I needed an advocate.

When I found a Christian adoption agency in my area, I immediately picked up the phone and said, “Hello? I’m pregnant and need help.” The voice on the other end soothed my worries. Knowing that I could select the adoption agency made a difficult decision easier to bear.

The moment I walked into Hope’s Promise, a faith-based adoption agency located in Castle Rock, Colorado, I knew I’d found a safe place. Not only was I welcomed with loving arms, I was provided with a variety of parenting options and counseling services so I could make the best decision for me and my child.

My social worker met with me on a regular basis to listen to my wishes and help me craft an adoption plan I was comfortable with. She heard my cries and covered me in prayer. Every encounter I had with the agency left me with greater clarity, direction, and a renewed sense of hope.

When my baby girl was born, I held her tight and told her, “I’ll always love you.” Leaving the hospital without my daughter was the single hardest thing I’d ever done.

Thankfully, the support given by Hope’s Promise didn’t come to an end there. My adoption social worker continued to give encouragement throughout my initial journey of healing, until I felt strong enough to forge ahead on my own. Her thoughts and prayers felt like sparks of hope. Without my social worker, I would have crumbled inside.

Faith-based adoption agencies like Hope’s Promise are vital to our society. Every woman who faces an unplanned pregnancy and chooses to make an adoption plan for their child also deserves the same right to choose which agency will support her throughout the adoption process. Navigating an unplanned pregnancy is difficult enough without the possibility that faith-based agencies will be forced to shut their doors.

Yet today, that is an increasing possibility — and already a reality in some places. States that refuse to allow faith-based adoption agencies to place children exclusively with a mom and a dad are not just denying the agencies their religious liberty, they are denying thousands of children a potential home.

Adoption is a love-inspired sacrifice. It is essential that our nation advocate on behalf of birth moms who sacrifice their dreams of motherhood for the sake of their children. Birth parents should have choices.

The Child Welfare Provider Inclusion Act would protect those choices by ensuring that organizations with religious or moral convictions are allowed to continue providing services for birth parents and children, as they did for me and my child.

Adrian Collins writes about the real-life complexities of being both a birth mother and an adoptive mother.

‘The Ultimate Answer is Christ’: Hope Women’s Center Helps Those in Crisis Pregnancies

‘Birth Mommy’: One Teen’s Response to an Unplanned Pregnancy