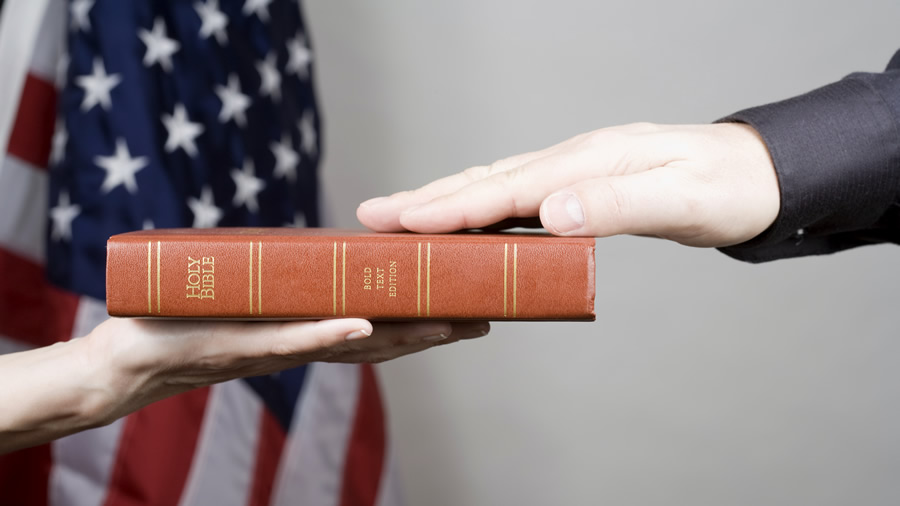 Should being an active Christian bar you from public service? Yes, say many pundits today. It would seem that the left wants to impose a religious test to bar anyone who truly believes in Jesus from serving in government.

The death of Justice Ruth Bader Ginsburg left a vacancy on the Supreme Court. In the days following her death, all of the candidates on President Trump’s shortlist to replace her were dedicated Christians, and the left once again bared their anti-Christian bigotry.

The Constitution says there can be no religious test applied to those seeking office at the federal level (Article 6, clause 3).

A famous incident in 2017 involved California Senator Diane Feinstein scorning Catholic judge, Amy Coney Barrett (who is now Trump’s nominee to fill the Supreme Court vacancy), for being too religious. The senator said, “I think whatever a religion is, it has its own dogma. The law is totally different. And I think in your case, professor, when you read your speeches, the conclusion one draws is that the dogma lives loudly within you, and that’s of concern.”

Washington Post writer Ron Charles recently criticized Judge Barrett because of her belief that a “legal career is but a means to an end … and that end is building the Kingdom of God.”

When George W. Bush, an outspoken Christian, was president, one of his biggest antagonists (at least behind the scenes) was George Soros. The billionaire venture-capitalist is committed to a secular vision for America. Soros has paid out billions of dollars to try and impose his godless vision on America. With Bush 43 in mind, Soros said, “The separation of church and state, the bedrock of our democracy, is clearly undermined by having a born-again president.”

These are amazing statements. Why not just hang out a sign on Constitution Avenue: “Government Service Openings: Christians Need Not Apply”?

One man had the impertinence to hold a different opinion than these. He said, “Providence has given to our people the choice of their rulers, and it is the duty, as well as the privilege of interest of our Christian nation to select and prefer Christians for their rulers.”

Oh my goodness. Who was this backwoods rube? Didn’t he know anything about the Constitution and about our nation’s sacred institutions — er, make that “secular institutions”? That quote was from founding father John Jay, one of the three authors of the Federalist Papers, perhaps the finest political science writings in American history. John Jay was appointed by President Washington to serve as the first Chief Justice of the Supreme Court of the United States.

A History of Faith

I spoke recently with my friend Dr. Peter Lillback of the Providence Forum on the radio, and I mentioned the Diane Feinstein quote to him. He noted that we could turn it around and observe that Senator Feinstein is also dogmatic. But her dogma is one rooted in secularism.

Gary DeMar of American Vision puts it this way: “The left hates any ‘dogma’ that questions their ‘dogma.”’

Meanwhile, an honest reading of American history shows that faith — the Christian faith — was very important to most of the settlers and the founders of America:

The dogmatic anti-Christian bigots in our society are very wrong in their notion that being a devout Christian should somehow disqualify you from public service. The idea that there’s some sort of anti-Christian magnet over the threshold of government buildings does not comport with our history nor with our Constitution.