Eyewitness: The Visual Bible Experience Offers Adults Fresh Way of Looking at the Bible Through Pictures and Short Stories 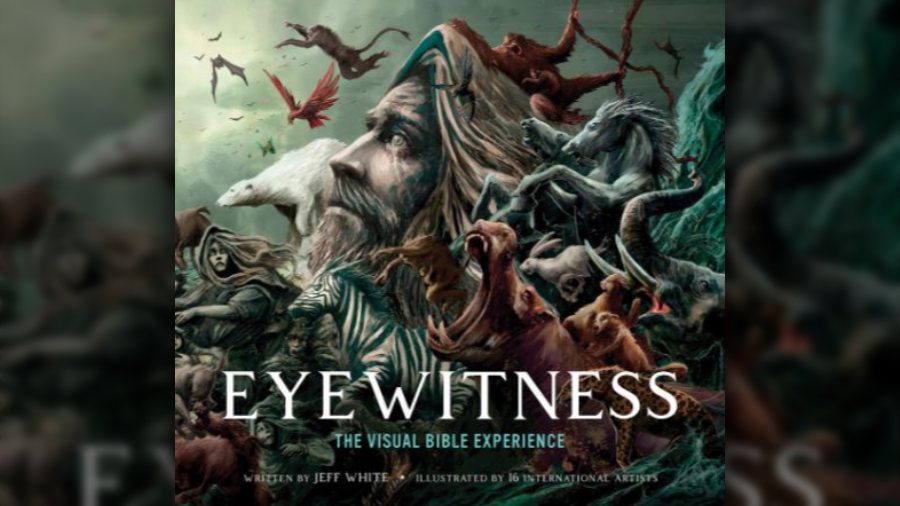 “Research has shown that most people don’t read the Bible much, if at all,” says Jeff White, author of the new picture book for adults titled Eyewitness: The Visual Bible Experience. “Many adults admit that the Bible feels intimidating. They aren’t sure how to read the Bible, how to understand it, or even where to start with it. Eyewitness is an effort to change that.” The 256-page coffee-table style book boasts over 120 works of art by 16 artists from all over the world.

Eyewitness tells the story of characters from major Bible stories in first-person narrative. “The entire book is really a giant exercise in empathy,” says White. “The first-person approach makes the stories highly relatable because you discover that these Bible characters are far more like us — average, everyday folks — than we usually assume.”

Thom Schultz, founder and CEO of Group Publishing, told The Stream his team wanted to help people really get into the stories. “We wanted to make the Bible characters really come to life so that people would view these stories not simply as historical accounts, but these were real people who are like them, like the reader.”

The book is for two audiences — those who don’t have biblical knowledge and those who are well-versed in Scripture. Eyewitness offers something to both groups of people: God’s story delivered in a digestible way and a novel way of looking at the biblical accounts that would bring new insight into the famous stories.

A Fresh Look to Bible Stories

Schultz wanted a fresh look to Bible stories that will surprise people. He thought, “maybe we should have different artists portray this from different points of view because everybody has a different point of view when it comes to visualizing what a Bible might’ve looked like.” He recruited artists from all over the world, including Greece, Indonesia, Spain, Colombia, Poland, Brazil, Canada, Italy, Argentina, Turkey, Russia and the U.K. “We wanted to present the Bible with images that readers have never seen before,” he said in a statement, “something original, compelling, and even a bit unexpected. We’re thrilled with what these very creative and culturally diverse artists have dreamed up.”

While Eyewitness is written in a relatable, conversational style, it’s still biblically accurate. Schultz hired veteran Bible curriculum editors and scholars to make sure the book maintains scriptural accuracy. White has worked with biblical texts for decades, says Schultz. He sent all of White’s narrative, as well as the artwork, to biblical scholars to make sure it was all consistent with Scripture.

From the beginning Schultz noticed how the combination of the words and the art can stir the imagination of the reader. “It’s been really interesting for us to hear people say what the art means to them and what they find in the art as they look at it and connect the dots between that art and their understanding of Scripture and their relationship with God.” It starts with the cover of the book. “We get widely varying opinions and interpretations of what the artist is portraying on the cover of the book.”

The feedback Schultz has received thus far has been positive and people are drawn to the book. “They are initially drawn by the cover and what they interpret … varies from person to person.” It reminds him of Jesus’ parables — that different people would come away with different messages, “customized” to each person who heard the story. “I’m thinking that this project as a whole has a similar kind of approach that makes it very customized for the reader.”

A Gay Writer Who Forgot Almost Everything Jesus Said

My New Book: Jesus Is Risen