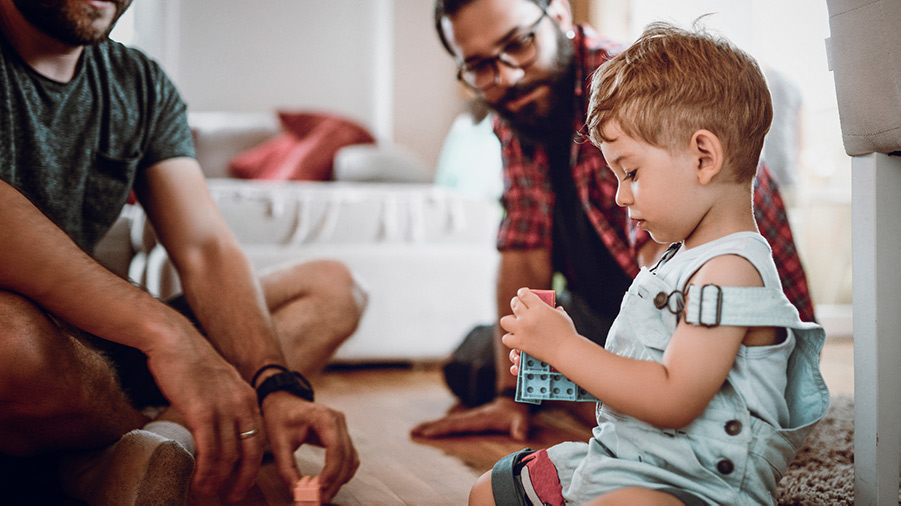 Have you read those “expert reports” saying it’s fine for kids to grow up with two same-sex parents? I’ve got a secret for you: Those “experts” don’t know what they’re talking about. Same with the ones telling parents they should let their kids experiment with acting like the opposite sex. Experts who say that are doing their own version of acting. They couldn’t possibly know that’s true — not even if it was, which I seriously doubt.

They literally could not know what they’re talking about. Yet they talk anyway. It’s unethical. It’s maddening. It’s going to hurt a lot of kids.

I’m not just talking about the fact that there’s contrary research out there, although there certainly is. For my money, the best-designed research supports the common-sense answers: Kids do better with a mom and a dad, and it doesn’t help them to pretend they’re the other sex. But even the best-designed studies aren’t definitive, especially on the same-sex parenting question. Every study that’s been done has design flaws, to one degree or another. It just isn’t easy research to do.

Yet the “experts” tell us it’s all been figured out scientifically, and everything is just fine. The hubris of that is utterly astonishing.

Best Case Scenario: Wait a Few Decades Before You Say a Word

First problem: It’s way too early to say so. Take same-sex parenting. It’s insane to think five, ten or even twenty years of experimentation could be sufficient to show it’s really a good idea. We couldn’t know it was truly okay, truly healthy, until we knew it was okay for the next generation, too: the children of these children. Meanwhile we’ve got centuries of experience across hundreds of cultures telling us a real mom and real dad are good for kids.

That’s bad enough, but here’s what’s crazier yet: experts telling parents their gender-confused kids will do just great if they go ahead and “transition.” Even if they were right — which I seriously doubt — to speak of it as if it was scientifically assured opinion, at this early stage in the game, is incredibly irresponsible. How could they know that already?

Let your common sense be known! It’s one more reason to vote in this election, and vote wisely. Liberals and progressives are the ones pushing these nonsensical ideas.

Your vote could help turn our nation back toward getting the right answer the easier way — not experimenting on our kids, but caring for them instead.

We do know that most gender-confused children grow out of it, ending up with mind and body in agreement on their sexual identity. We also know that the great majority of adults who lack that congruence live emotionally distressed lives. Doesn’t that strongly suggest we should let kids grow out of it, since most of them will? Still these so-called experts tell parents to take the chance anyway — hormones and all — because it’s “better” for the kids. How can they say such a thing? They literally couldn’t know it was true, even if it was. There just isn’t enough data.

Throwing Ethics Out the Window

And how are we supposed to get that data? As I’ve said more than once here, we’re experimenting on the next generation. That alone should be enough to raise your hackles.

The American Psychological Association has strict ethical guidelines for human research. Enforcement is equally strict. With rare government-mandated exceptions, researchers must give their subjects informed consent “using language that is reasonably understandable to that person or persons.” That informed consent includes explaining the research program’s “purpose … expected duration, and procedures.” It clarifies all “potential risk … or adverse effects.” When research includes experimental interventions — as opposed to mere observation and measurement — informed consent must go even further.

So I ask you: How many same-sex couples raising kids have signed off on that informed consent? Would you join me in betting the number is awfully close to zero? How many parents or educators encouraging kids “change gender” have been fully informed of the options and risks?

We’re experimenting on the next generation. That alone should be enough to raise your hackles.

No APA member, especially at the college level would dream of doing human research without full Institutional Review Board approval, based on these and other ethical guidelines. They’ll urge parents to do it with their kids, though.

Did I mention how irresponsible this is? How maddening?

Common Sense Could Save a Whole Lot of Pain

If there’s one good thing that might come out of this, it’s what could come from what’s so bad about it. These kids are going to grow up, and they’re going to find out they were messed with. They’ll feel the pain of it. And they’re going to insist the world quit experiment with kids that way.

We could use our own common sense instead and come to that conclusion the easy way, but we’re hell-bent on finding out the hard way. At least we can count on finding out. The damnable experiment will run its course, the results will come in, and they won’t look good. Most of today’s “experts” will fade quietly into retirement, since that’ll be so much easier than admitting they’re wrong. Those who remain will finally admit the whole idea was wrong in every way, right from the very beginning.

American Psychological Association Has Made Choosing a Therapist Easy