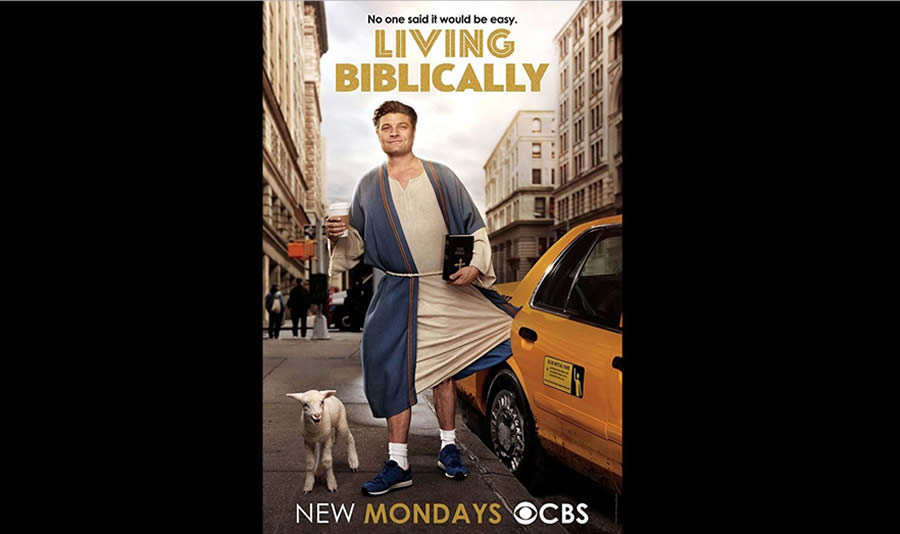 Two executive producers of a new CBS television show hope it will inspire people to talk more about faith.

Living Biblically is about a man who decides to live his life strictly following the Bible’s teachings. It’s loosely based on a book by A.J. Jacobs called The Year of Living Biblically.

Galecki said it was important to produce a show about someone of faith. He said it’s a demographic that is underrepresented in television.

“When I started my production company, it was No. 1 at the top of the list to try to do a comedy about religion,” Galecki told journalists recently. “I recognized that these conversations [about religion] weren’t being had despite the fact that … 80 percent of people in the world subscribe their lives to some sort of spiritual belief.”

Walsh said it was important that the show be accurate and respectful.

“It was very tricky to nail the tone,” Walsh told The Christian Post. “We knew that just the idea of a comedy about the Bible would get people up in arms. So we said, ‘Let’s really make sure we’ve done our research.’ We had a priest and a rabbi read every draft of the scripts and tell us where we are wrong or where we could use a better example from the Bible.”

“People need to start talking about religion again,” Walsh added. “I don’t buy the idea that we live in a ‘godless society.’ Eighty-four percent of the world aligns themselves with religion, and 9 out of 10 people believe in God, yet religion is never discussed because everyone is too scared to offend. In talking about it, you can erase so many misconceptions about it on either side.”

Both producers hope the show encourages more conversations about faith. Galecki hopes to “inspire a conversation around the water cooler” about the Bible through the comedy. “One of the biggest hurdles is the fear to have the conversation about [religion]…” he said. “The best way to approach [a topic] that people may be uncomfortable with it is with comedy.”

“My goal is for families, husbands and wives, priests, pastors and spiritual leaders to talk about the show and use it to connect with people,” said Walsh. “I hope it makes people realize how relevant the Bible is, even when it seems antiquated in the details. In its spirit, all of the lessons in the Bible could benefit your life and they’re hard to argue with. They’re basics on how to be a good person.”