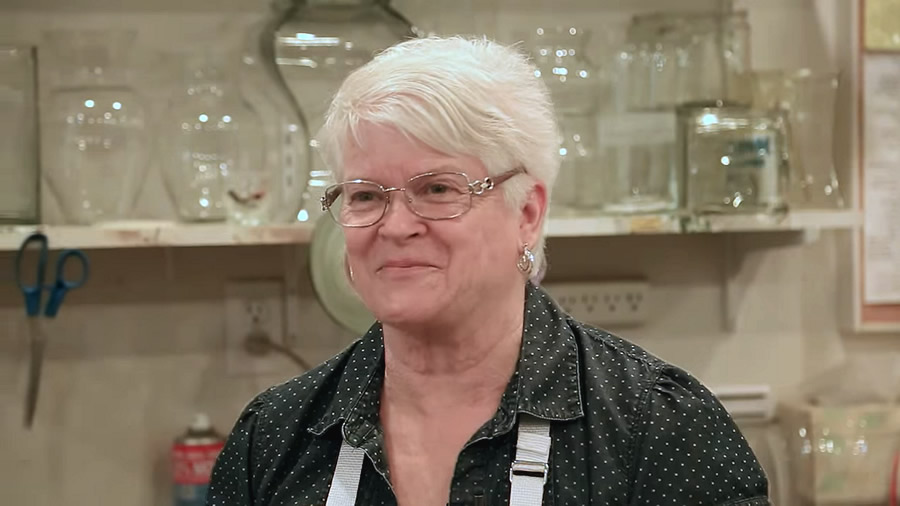 In an interview earlier this month, Stutzman told The Stream that she is “elated” that the U.S. Supreme Court “breathed new life into our case.” The case, however, “was not on my bucket list.” Stutzman and her husband “could possibly lose our home, our life savings, our retirement, and everything we’ve saved for our kids and grandkids simply because of our religious beliefs about marriage.”

I think the hardest part about all this has been the way the State of Washington has distorted my beliefs and my actions in this case. My faith inspires me to treat everyone with respect and love, and I have done my best to live out those beliefs. I have never turned anyone away because of who they are. And I never will. The only thing that I did was to decline to participate in and create art celebrating an event that violates my faith.

“When Rob asked me to create arrangements for his wedding, the first thing my husband and I did was to pray and ask God for wisdom and grace,” Stutzman told The Stream. “The next day, I invited Rob to talk in private, where I took his hand in mine and told him that I could not in good conscience participate in his ceremony because of my relationship with Jesus and my desire to follow Him. Rob said he understood; then we talked all about his wedding and who would walk him down the aisle. We hugged before he left.”

“I gladly served Rob. All I did was choose not to participate in and create art celebrating one event. Instead, I gave Rob a list of other nearby florists who I knew would make his wedding beautiful. Yet, even that was not enough in the eyes of the state of Washington, which has tried to crush me and my family to make an example of us.”

“We should all be free to live out our beliefs about important moral issues like marriage. Rob has the freedom to act on his beliefs about marriage. I am only asking for the same thing.”

Rob and his male partner sued Stutzman only for the cost of gas to get to another florist. It is the state which is continuing to prosecute Stutzman for alleged violation of the state’s non-discrimination law.

Alliance Defending Freedom (ADF) and Stutzman argued at the Washington Supreme Court that Stutzman hadn’t discriminated on the basis of Rob’s sexuality. The state court rejected the argument.

ADF attorney Kristen Waggoner told The Stream that her client was treated in a “hostile” and “openly antagonistic” fashion by Washington’s Attorney General. “Rather than respecting Barronelle’s right to peacefully live out her faith, the government targeted her because of her beliefs.”

“Barronelle stands to lose everything she’s earned over a lifetime,” continued Waggoner. “The state of Washington not only went after Barronelle’s business, but sued her in her personal capacity as well.” Stutzman’s attorney said “that blatant attempt to ruin Baronelle financially – to crush her – because of her religious beliefs shows the government’s hostility to her faith.”

Waggoner said ADF is working with a number of “creative professional clients” in several states. The Phillips decision affects those clients. “Our plan in those cases is to build on the victory in Masterpiece and establish even clearer protections for creative professionals who are just trying to live out their faith.”

‘God Has Protected My Husband and Me’

It is that faith which guided Stutzman and her husband throughout the years-long case.

From the start of this very difficult season, God has protected my husband and me, and He’s given us the courage, wisdom, and knowledge to stand firm. He’s also taught us what obedience is and what it means to follow Christ. One of the biggest lessons He’s taught us is that you can’t sit on the fence. You have to follow Him no matter what.

The Stream asked Stutzman how her Christian beliefs helped her distinguish between the sexual attractions and the relationship choices of her former customer.

“My faith guides me to treat everyone with respect and love, and I have done my best to live out those beliefs in my business,” explained Stutzman. “I have never turned anyone away because of who they are. All that I’ve ever done is decline particular requests because of the message that I’m asked to express through my art or the event that I’m asked to celebrate.”

“I served Rob, and had been his friend, for nearly a decade. I created dozens of unique, custom arrangements for him. I would gladly welcome Rob back into my shop today,” she said.

Stutzman said that her florist shop is still open. “People have supported us in our area, so we’re very grateful for that.”