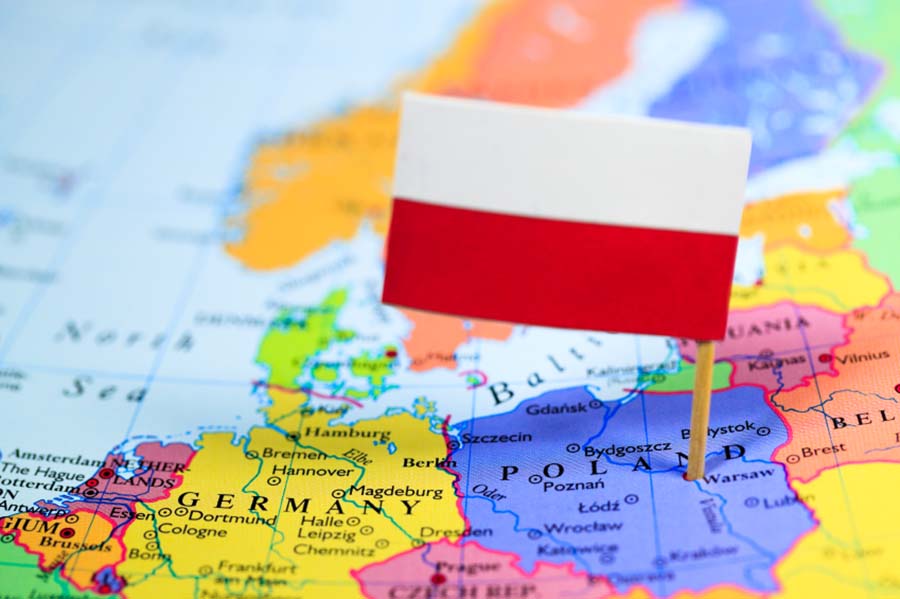 Here’s a quick quiz on global politics. What do the following nations have in common: Poland, Hungary, the Czech Republic, and Slovakia? Here are the choices:

d) Experience with totalitarian regimes imposed from outside.

e) All of the Above.

The answer is e) of course. Is that really a coincidence? Is it just some really weird happenstance? A Slavic thing, maybe?

Fans of the self-appointed globalist oligarchy that is the European Union have a theory: These countries are somehow backward. They’re stunted. They missed out on the “liberating” movements of the 1960s, which pushed cultural Marxism much more effectively in West Germany and France (for instance) than any ham-handed Communist apparatchiks ever could. So these nations ought to step back and let their betters take the lead.

These countries once were ruled by unelected Communist governments. Now they chafe at the diktat of commissioners in Brussels. Go figure!

Therefore also, say the fans, Germans, Belgians, Dutch, Swedes and Frenchmen who populate the EU’s unelected and irremovable permanent secret government should lead. They should make policies and impose them on lesser nations, places which have not seen the light that dawned in 1968. These Western Europeans demand that Poland permit abortion. That Hungary accept many thousands of unvettable Syrian migrants. And if these lands refuse, they must be punished. That much is clear. As Breitbart reports:

“Next week, we will address the question of whether to launch treaty violation proceedings or not,” Juncker told Spiegel weekly.

“The decision has not been made, but I say that I am for it,” he said.

Eastern European countries including Hungary, Poland and Slovakia have flatly opposed an EU plan adopted in 2015 to redistribute among other members 160,000 Syrian, Eritrean and Iraqi asylum seekers from Greece and Italy.

Of course it is no coincidence. The countries in Europe which suffered the worst and longest under Soviet-imposed totalitarian governments resist the toxic combination that is killing Western Europe:

These countries once were ruled by unelected Communist governments. Now they chafe at the diktat of commissioners in Brussels. Go figure!

They once were powerless to stop the Soviets from marching across their borders to impose Stalinism. Now they don’t want Muslims flooding across them to start sharia courts (as in Britain). Or rape epidemics (as in Germany and Sweden). Or to turn their capitals into armed camps because of the threat of terrorism (as in Britain and France).

How perverse human nature is! How ungrateful those Eastern Europeans are for the gift of EU membership. Don’t those people realize that it’s only Western Europe that saved them?

Once Again Abandoned by the West

No, it didn’t liberate them from Communism. Those countries did that for themselves, led by Poland.

No, Western Europe didn’t stop the Soviets from marching all the way to Portugal. That was the U.S. military. It was especially our nuclear “umbrella.” For decades that made up for the feeble military efforts of most NATO countries.

And no, Western Europe didn’t even provide moral support. Huge and powerful Communist parties thrived in France and Italy. Socialists in West Germany and Britain constantly pushed for appeasement of the Soviets. What is worse, the intellectual classes of Western Europe positively wallowed in various forms of Marxism. That same dismal and crude philosophy was choking Eastern Europe while Western countries prospered.

The EU as a Suicide Pact

Now it’s Western Europe that might be dying. Politicized Muslims have arrived in one country after another, under cover of “humanitarian” refuge. Now they and their many children are making outrageous demands. They’re annexing large sections of cities. They’re creating “no-go” zones for women and even local police. They’re nurturing in their mosques and sharia schools the next generation of terrorists. They’re having large families, often on public welfare. Some claim that this is the “jizya” (tribute) which non-Muslims owe them anyway. And what are the peoples of Western Europe doing?

They are facing the Muslim radicals who are ordering them to jump. And they are meekly asking: “How high?” French voters installed Emmanuel Macron, who denies that French culture exists. British voters just gave a shocking vote of confidence to the terrorist-sniffing Jeremy Corbyn. And Swedes are fleeing their country in the greatest numbers since that nation’s famines of the 1850s. As Heather Mac Donald wrote:

Nothing that an Islamic terrorist can do will ever shake the left-wing commitment to open borders—not mass sexual assaults, not the deliberate slaughter of gays, and not, as in Manchester last week, the killing of young girls. The real threat that radical Islam poses to feminism and gay rights must be disregarded in order to transform the West by Third World immigration.

The great anti-Nazi economist and social thinker Wilhelm Röpke once called Communism the “pseudo-Islam.” I wrote the first book in English on Röpke, the father of the German post-war economic “miracle.” So I know what he meant by that: He compared the fervor of Communists on behalf of an earthly paradise to the frenzy that goads jihadi warriors. Of course, the jihadis are much more dangerous. They believe that they themselves will enjoy that paradise, in the next life. It offers them slave girls, luxurious comforts, and endless glory. All in return for blowing the rest of us up. Jihad is much more ominous and enduring than the sputtering, failed promises of Marxism.

Compare the fervor of Communists on behalf of an earthly paradise to the frenzy that goads jihadi warriors. Jihad is much more ominous and enduring than the sputtering, failed promises of Marxism.

No surprise, then, that those who endured “pseudo-Islam” reject the genuine article. Nations that faced down the Soviet Union and tore down its empire won’t cower before those veal calves over in Brussels. If you don’t believe me, here’s video of 70,000 Polish patriots marching in April against the EU’s Muslim colonization plan. I saw no reports of it in Western media.

But that won’t stop those arrogant Westerners from trying. It inflames them, even enrages them: Poles and Czechs, Hungarians and Slovaks, can walk freely through the streets of their own cities. Their churches and shopping malls aren’t ringed with military checkpoints. Their welfare funds go to people whose families contributed to the system. In other words, they’re functioning countries. Those leaders whose nations are failing want to drag others down with them.

Pray for our brothers in Eastern Europe. Within our lifetime, they had to climb out from under one despicable tyranny. They don’t deserve another one that’s even worse.

This piece has been updated to correct the video link used, and the number of demonstrators.